Rainfall is the most predominant type of Precipitation. Moisture laden air masses raise upwards, forms clouds and bring rainfall. Based on the mechanisms of raising the air, there are three types of rainfall.

Earth surface is intensely heated through solar radiation during the day time. When the air near the earth surface is heated, it rises and expands. This heating results is the formation of convectional air currents. Thus the ascending moist air cools, condenses and results in convectional rainfall. Convectional rainfall occurs regularly in the equatorial region in the evenings. It is also experienced in tropical, sub-tropical and temperate regions in the summer months and on warmer days. 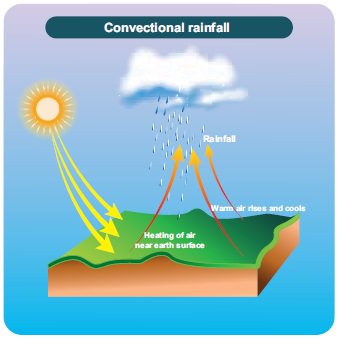 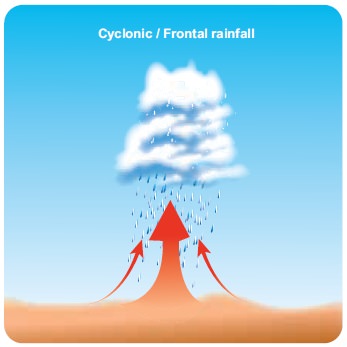 Orographic rainfall, also called relief rainfall, is caused when air is forced to rise against a high mountain. The mountain barriers lying across the direction of air flow, force the moisture laden air rise along the mountain slope. This results in the cooling of the air, which leads to the formation of clouds and rain. 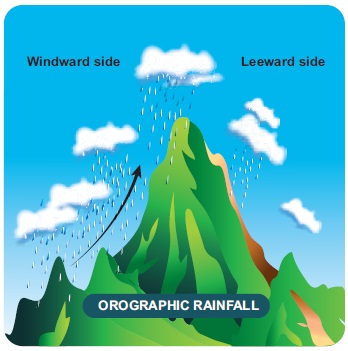