Falling down of condensed water vapour in different forms is called Precipitation.

Falling down of condensed water vapour in different forms is called Precipitation. When the dew point is reached in the cloud water droplets become saturated and start to fall. Hence, they fall on the earth as Precipitation.

The climatic conditions/ factors influencing the forms of precipitation mainly are:

Falling of numerous uniform minute droplets of water with diameter of less than 0.5 is called a drizzle.mm from low clouds. Sometimes drizzles are combined with fog and hence reduce visibility.

Rain is the most widespread and important form of precipitation in places having temperature above the freezing point. It occurs only when there is abundant moisture in the air. The diameter of a rain drop is more than 5mm. 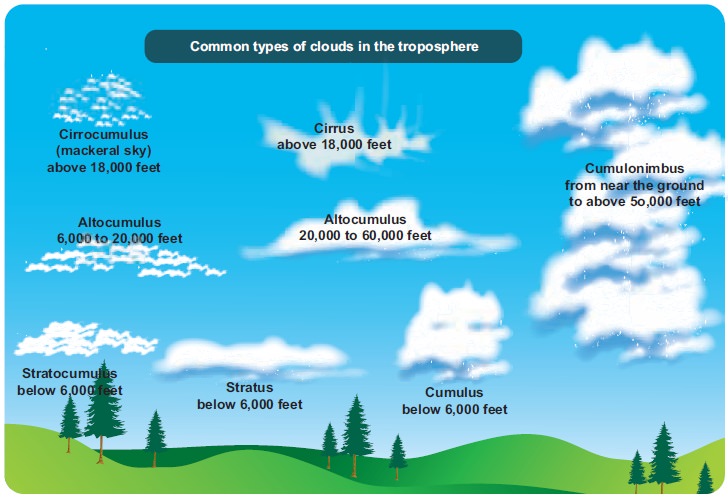 Sleet refers to a precipitation, in the form of pellets made up of transparent and translucent ice. This precipitation is a mixture of snow and rain

Snow is formed when condensation occurs below freezing point. It is the precipitation of opaque and semi opaque ice crystals. When these ice crystals collide and stick together, it becomes snowflakes.

Hails are chunks of ice (greater than 2cm in diameter) falling from the sky, during a rainstorm or thunderstorm. 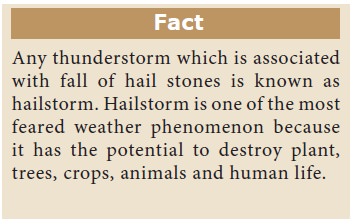