Physiologic Anatomy of the Kidneys 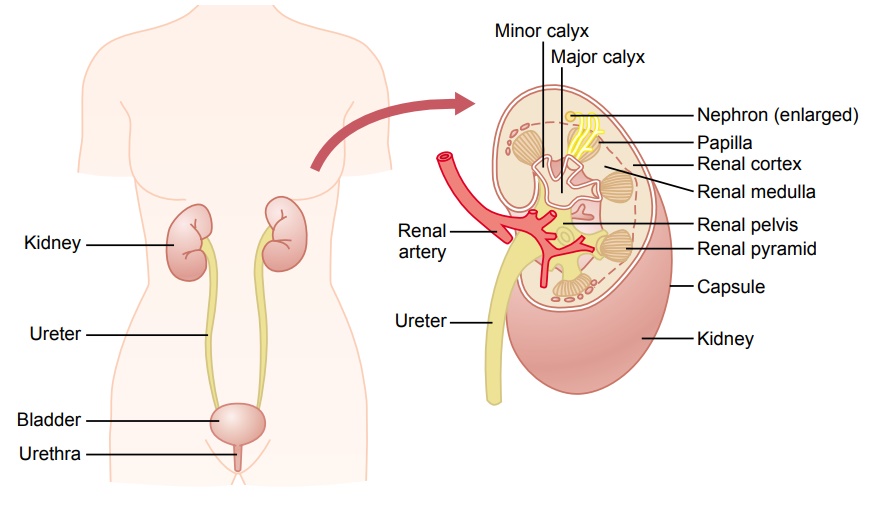 The two kidneys lie on the posterior wall of the abdomen, outside the peritoneal cavity.

Physiologic Anatomy of the Kidneys

General Organization of the Kidneys and Urinary Tract

The two kidneys lie on the posterior wall of the abdomen, outside the peritoneal cavity (Figure 26–2). Each kidney of the adult human weighs about 150 grams and is about the size of a clenched fist. The medial side of each kidney contains an indented region called the hilum through which pass the renal artery and vein, lymphatics, nerve supply, and ureter, which carries the final urine from the kidney to the bladder, where it is stored until emptied. The kidney is sur-rounded by a tough, fibrous capsule that protects its delicate inner structures. 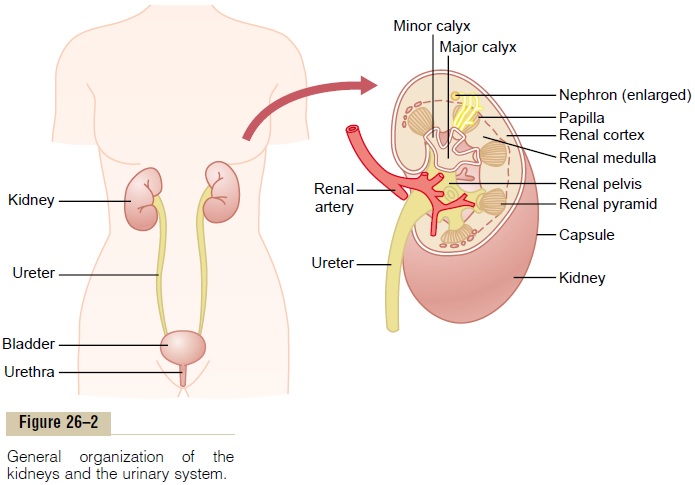 If the kidney is bisected from top to bottom, the two major regions that can be visualized are the outer cortex and the inner region referred to as the medulla. The medulla is divided into multiple cone-shaped masses of tissue called renal pyramids. The base of each pyramid originates at the border between the cortex and medulla and terminates in the papilla, which projects into the space of the renal pelvis, a funnel-shaped continuation of the upper end of the ureter. The outer border of the pelvis is divided into open-ended pouches called major calyces that extend downward and divide into minor calyces, which collect urine from the tubules of each papilla. The walls of the calyces, pelvis, and ureter contain contractile elements that propel the urine toward the bladder, where urine is stored until it is emptied bymicturition.

Blood flow to the two kidneys is normally about 22 per cent of the cardiac output, or 1100 ml/min. The renal artery enters the kidney through the hilum and then branches progressively to form the interlobar arteries,arcuate arteries, interlobular arteries (also called radialarteries) and afferent arterioles, which lead to the glomerular capillaries, where large amounts of fluidand solutes (except the plasma proteins) are filtered to begin urine formation (Figure 26–3). The distal ends of the capillaries of each glomerulus coalesce to form the efferent arteriole, which leads to a second capillarynetwork, the peritubular capillaries, that surrounds the renal tubules. 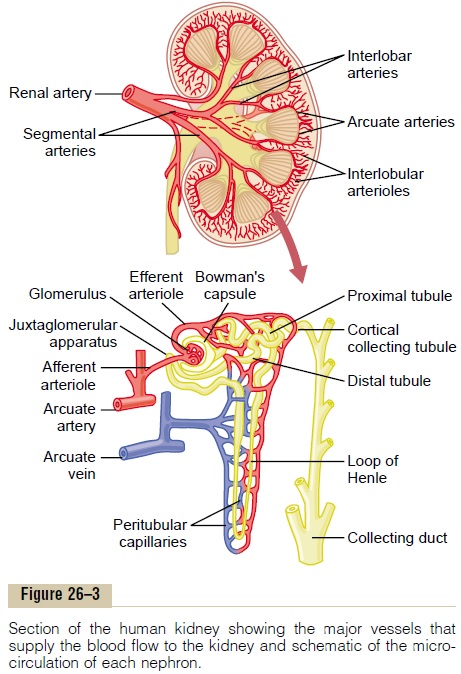 The peritubular capillaries empty into the vessels of the venous system, which run parallel to the arteriolar vessels and progressively form the interlobular vein,arcuate vein, interlobar vein, and renal vein,whichleaves the kidney beside the renal artery and ureter. 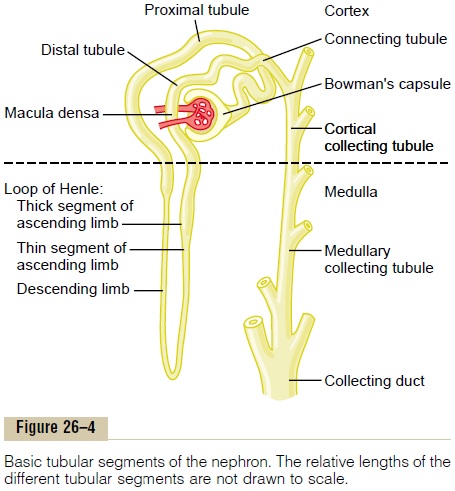 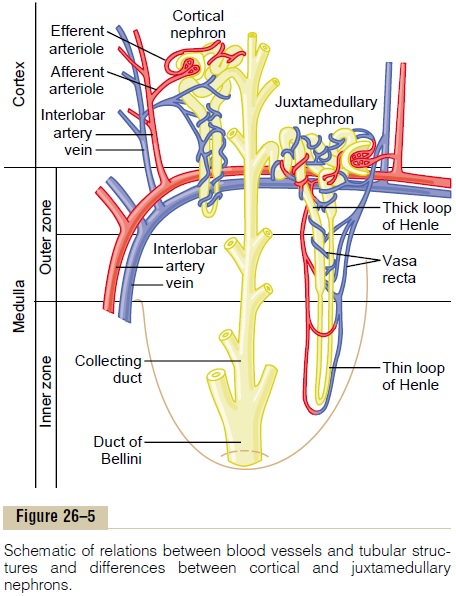 About 20 to 30 per cent of the nephrons have glomeruli that lie deep in the renal cortex near the medulla and are called juxtamedullary nephrons.