* To understand large numbers and the terms used to represent them.

* To compare large numbers and order them.

* To employ estimation for large numbers.

* To understand and use the properties of Whole Numbers.

Mallika: Why… what is so important about it? 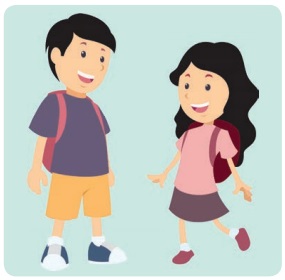 Mani: Don’t you see? If I had not gone, they would have written “Nine thousand nine hundred and ninety-nine people only visited the trade fair yesterday”. It would have been difficult to read and understand!

What do you think about this conversation? Was Mani right?

No! it would still be  “Ten thousand people visited!”. Newspapers give (and readers want) a sense of the size, NOT exact values when numbers are large.

You have probably heard names like “lakhs” and “crores” used by elders.

We often come across situations that involve large numbers in real life, like the number of people living in a district, the budget of the Government, the distance of stars or the number of bicycles sold in a year and so on. In all these situations, we look for names that convey the “size” of these numbers.

Let us understand the large numbers in detail, and the way they are connected to the numbers learnt earlier.