The exciting field of therapeutic monoclonal antibodies (mAbs) had its origins as Milstein and Koehler presented their murine hybridoma technology in 1975.
Monoclonal Antibodies: From Structure to Therapeutic Application

The exciting field of therapeutic monoclonal antibodies (mAbs) had its origins as Milstein and Koehler presented their murine hybridoma technology in 1975 (Kohler and Milstein, 1975). This technology provides a reproducible method for producing monoclonal antibodies with unique target selectivity in almost unlimited quantities. In 1984, both scientists received the Nobel Prize for their scientific breakthrough, and their work was viewed as a key milestone in the history of mAbs as therapeutic modalities and their other applications. Although it took some time until the first therapeutic mAb got market authorization from the FDA in 1986, monoclonal antibodies are now the standard of care in several disease areas. In particular, in the areas of oncology, transplantation  and inflammatory diseases  patients now have novel life-changing treatment alternatives for diseases which had very limited or non-existent medical treatment options before the emergence of mAbs. To date more than twenty mAbs, and mAb derivatives including fusion proteins and mAb fragments are available for different therapies (Table 1): nine mAbs and two immunoconjugates in oncology; six mAbs and three Fc (Fragment crystallization)-fusion proteins in inflammation; three mAbs in transplantation; one mAb fragment for the cardiovas-cular area). Technological evolutions have subsequently allowed much wider application of mAbs via the ability to generate mouse/human chimeric, humanized and fully human mAbs from the pure murine origin. In particular, the reduction of the xenogenic portion of the mAb structure decreased the immunogenic potential of the murine mAbs thus allowing their wider application. mAbs are generally very safe drugs because of their target selectivity, thus avoiding unnecessary exposure to and consequently activity in non-target organs. This is particularly apparent in the field of oncology, where mAbs like rituximab, trastuzumab and bevacizumab can offer a more favorable level of efficacy/safety ratios com-pared to common chemotherapeutic treatment regi-mens for some hematological and solid tumors. 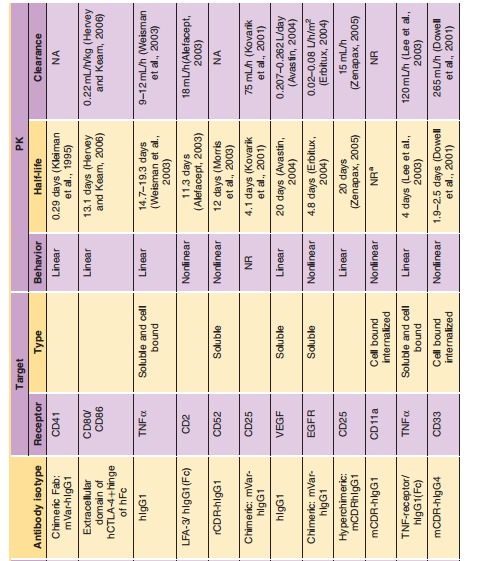 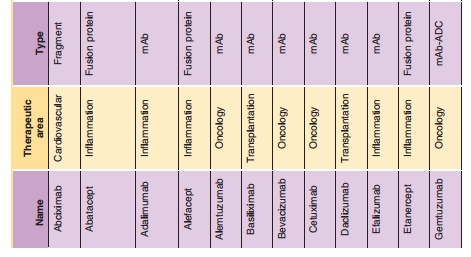 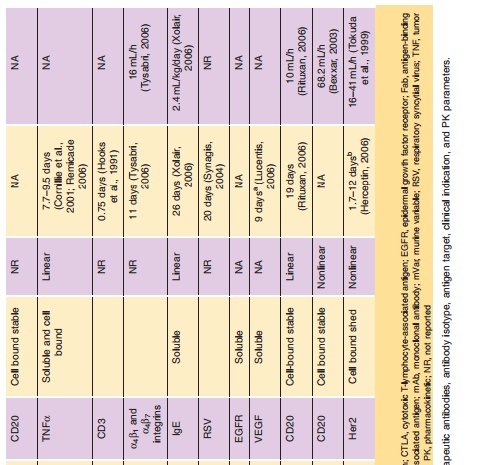 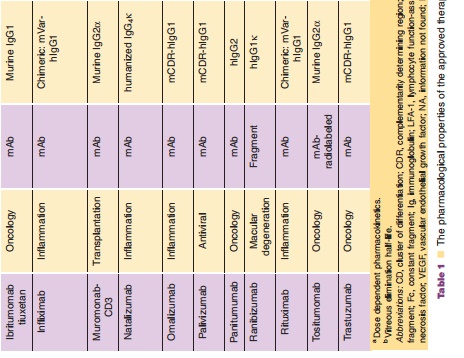 The dynamic utilization of these biotechnological methods resulted not only in new drugs, but it also triggered the development of an entirely new business model for drug research and development with hundreds of newly formed and rapidly growing biotech companies. Furthermore, the ability to selec-tively target disease-related molecules resulted in a new scientific area of molecular targeted medicine, where the development of novel mAbs probably contributed substantially to setting new standards for a successful drug research and development process. The term translational medicine was developed to cover the biochemical, biological, (patho)physiological understanding and using this knowledge to find intervening options to treat diseases. During this process, biomarkers (e.g., genetic expression levels of marker genes, protein expression of target proteins, molecular imaging) are used to get the best possible understanding of the biological activities of drugs in a qualitative and most importantly quantitative sense, which encompasses essentially also the entire field of pharmacokinetics/pharmacodynamics (PK/PD). The application of those scientific methods together with the principle of molecular targeted medicine combined with the favorable PK and safety of mAbs might at least partly explain why biotechnologically derived pro-ducts have substantially higher success rates to become marketed therapy compared to chemically-derived small molecule drugs.

The present chapter tries to address the following questions: What are the structural elements of mAbs? How do mAbs turn functional differences into different functional activities? And how is a mAb protein turned from a potential clinical drug candidate into a therapeutic drug by using a translational medicine framework? In this sense, this chapter provides a general introduction, where the currently marketed mAbs and mAb deriva-tives are discussed in the context of their therapeutic applications. To illustrate the application of PK/PD principles in the development process, efalizumab (anti-CD11a, Raptiva), a mAb marketed as anti-psoriasis drug in the United States and European Union, was chosen and will be used across the different parts of this chapter.