When an atom combines with another atom (or atoms) and forms a compound it is called as molecule.

When an atom combines with another atom (or atoms) and forms a compound it is called as molecule.

A molecule is made up of two or more atoms chemically combined.

* Oxygen gas in the air that we breathe is made up of two oxygen atoms chemically combined. 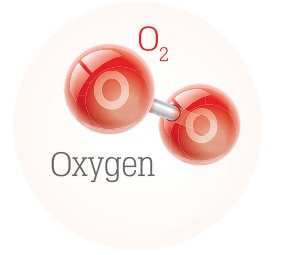 * Ozone is a substance that is made up of three oxygen atoms chemically combined.

An atom of oxygen (O) and two atoms of hydrogen (H2) combine to form a molecule of water (H2O). 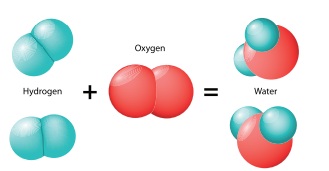 Molecules also exhibit properties of matter and have individual existence. A molecule can be formed by the same or different kinds of atoms.

A molecule of an element consists of a fixed number of one types of atom chemically combined.

The table below shows gases that are made up of two atoms of the same type of element.

Molecule of a compound consists of a fixed number of different types of atoms chemically combined.

For example, let us look at the model of a water molecule below: 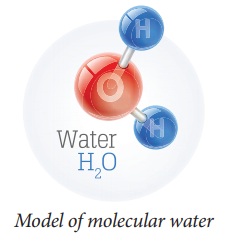 Each molecule of water consists of one oxygen atom and two hydrogen atoms. This ratio of oxygen and hydrogen atom remains fixed whether water is in liquid, solid or gaseous state. This principle applies to the molecules of all compounds.

Bismuth is an element that occurs naturally. It is combined with other elements to make medicine for treating diarrhea.

Molecules of some compounds 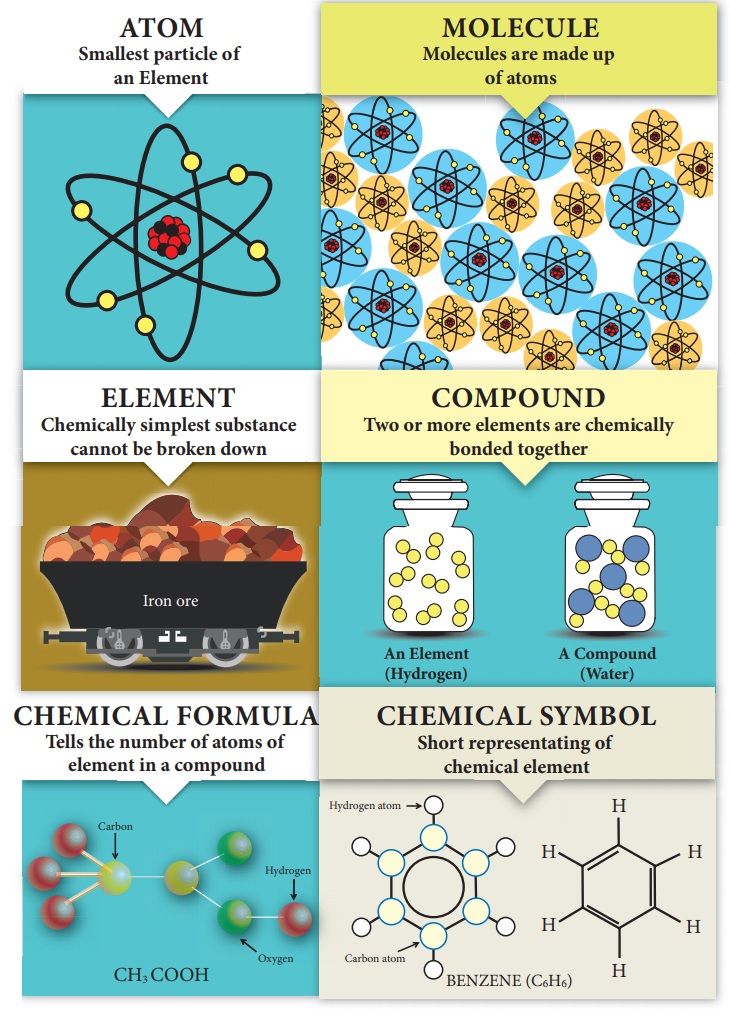