Methods of genetic manipulation in animals

A transgenic animal is one that carries a foreign gene that has been deliberately inserted into its genome.

Methods of genetic manipulation in animals:

A transgenic animal is one that carries a foreign gene that has been deliberately inserted into its genome. The foreign gene is constructed using recombinant DNA methodology. Two methods of producing transgenic animals are widely used: (1) transforming embryonic stem cells (ES cells) growing in tissue culture with the desired DNA and (2) injecting the desired gene into the pronucleus of a fertilized egg. (3) Desirab Retrovirus-mediated transgenesis. (4) Pronuclear microinjection (Fig. 11). (5) Sperm-mediated transfer.

Genes from one species are transferred to other animals or species to improve the productivity of livestock. Faster growth rates, leaner growth patterns, more resistance to disease, increased milk production, more efficient metabolism, and transferring antimicrobial genes to farm animals are some of the goals of transgenic animal researchers. These include laboratory culture of large numbers of viable embryos for nonsurgical transfer to surrogate mothers, development of methods for sexing sperm and embryos, cloning embryos by nuclear transplantation and gene transfer to create livestock with superior performance traits. In all cases material progress will depend upon a deeper understanding of the underlying physiological and developmental control mechanisms and public confidence that due regard is being paid to animal welfare, and to social and environmental implications. Genetic improvement of livestock depends on access to genetic variation and effective methods for exploiting this variation. Genetic diversity constitutes a buffer against changes in the environment and is a key in selection and breeding for adaptability and production on a range of environments. 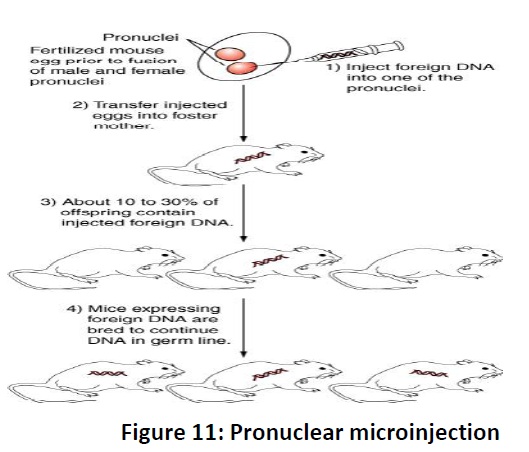 In developed countries, breeding programmes are based upon performance recording and this has led to substantial improvements in animal production. Developing countries have distinct disadvantages for setting up successful breeding programmes: infrastructure needed for performance testing is normally lacking because herd sizes are normally small and variability between farms, farming systems and seasons are large; reproductive efficiency is low, due mainly to poor nutrition, especially in cattle; and communal grazing precludes implementation of systematic breeding and animal health programmes.