Do you know that the Russians tried to dig through the centre of the Earth?

Do you know that the Russians tried to dig through the centre of the Earth? It indeed is a daring attempt.

While the famous Voyager 1 satellite took 26 years to exit our Solar System (16.5 billion km away), almost the same amount of time (24 years) was taken for man to dig out a mere 12.3 km into the earth’s surface. 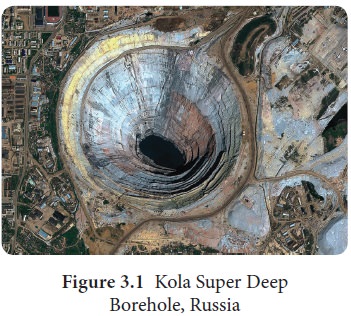 Russia drilled Kola Super Deep bore hole between 1970 and 1994. The deepest part of it, named 'SG-3 (Star Gate), extends 12.3 km into the Earth. Look at figure 3.2 and amaze the highest and deepest points of the earth. 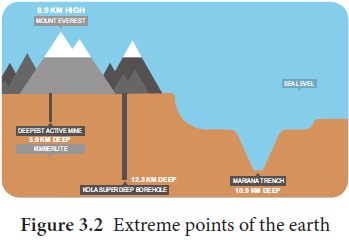 The earth’s surface is being continuously reshaped by both the internal (Endogenic forces) and external forces (Exogenic forces). The changes that the endogenic and exogenic forces bring about in the appearance of the surface of the earth are collectively known as geomorphic processes. (figure. 3.3) 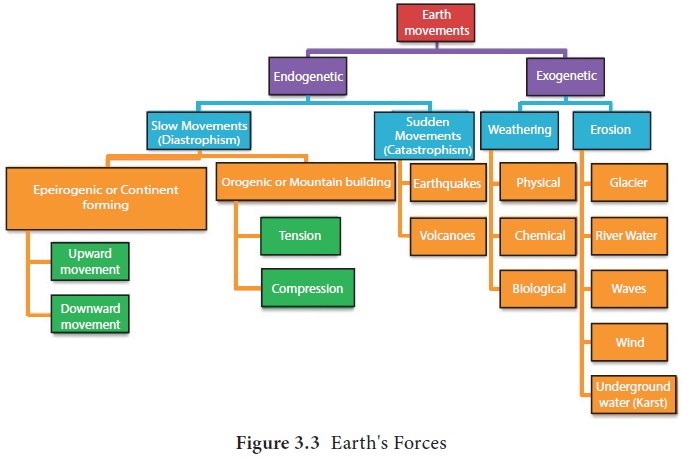 The process by which the earth’s surface is reshaped through rock movements and displacement is termed as diastrophism. Diastrophism includes both orogenic and epeirogenic processes.

Our knowledge of the earth is mostly limited to its surface. But the earth has a complicated interior. The earth is composed of lithosphere, atmosphere, hydrosphere, and biosphere.

The lithosphere is the outermost rigid rocky shell of the earth. It comprises the crust and the upper portion of the mantle. The word lithosphere is derived from the Greek words lithos meaning rocky and sphaira meaning sphere. The term lithosphere was introduced by Joseph Barrel, an American Geologist.