In 1912 Alfred Wegener (1880-1930) postulated that all the continents once were together forming a single continent.

In 1912 Alfred Wegener (1880-1930) postulated that all the continents once were together forming a single continent. According to him, about 250 million years ago, the earth was made up of a single landmass called Pangaea (meaning "all lands"), and a single ocean surrounding it called as Panthalassa. Over a long period of time, probably 220 million years ago, they drifted apart and gradually moved to form their present position. First, Pangaea broke into two landmasses namely Laurasia in the north and Gondwana in the south.

Wegener put forward certain evidences to support the continental drift theory. Let us deal with it in detail. 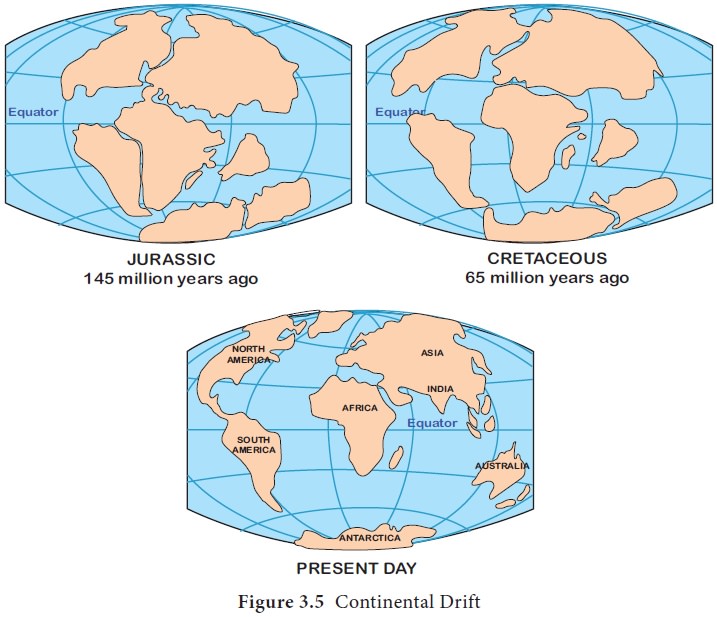 The continental drift theory is supported by the following evidences.

·           Certain identical rare fossils have been found in different continents.

·           The fossils of Mesosaurus (a small Permian reptile), for example, have been found only in Africa and South America.

·           Geological structure in Newfoundland matches with that of Ireland, Scotland and Scandinavia. Geological Structure of Appalachian Mountains matches with Morocco and Algeria in North Africa. 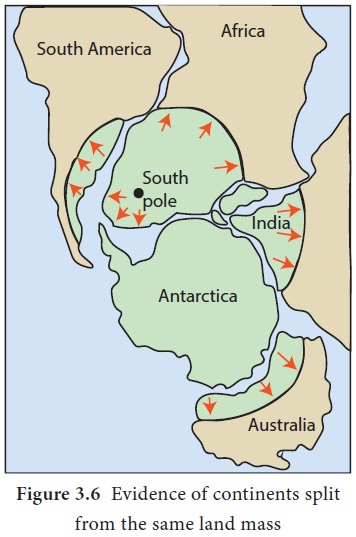