Horizontal movements are produced by forces of compression and tension.

Horizontal movements are produced by forces of compression and tension. Folding is the bending of rock strata due to compression. Folding on a large scale results in mountain building generally referred to as orogeny.

Parts of a Fold 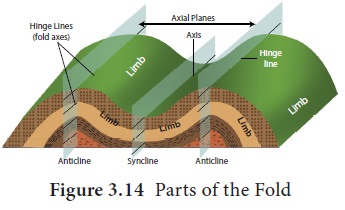 The type of fold depends on the nature of the rock, the intensity of compression forces, etc. The types of the fold can be many but we will deal with five of the following.

1.        When compressional force is equal from both sides, the angle of the limb is same on both sides. Such a fold is called symmetrical fold.

2.        When compressional force is more from one end, one limb is steeper than the other. Such a fold is called asymmetrical fold.

So isoclinal folds are symmetrical and aligned in a parallel fashion.

5.        When one side of the fold is pushed so much that it lies positioned over the other, such a fold is called recumbent fold. 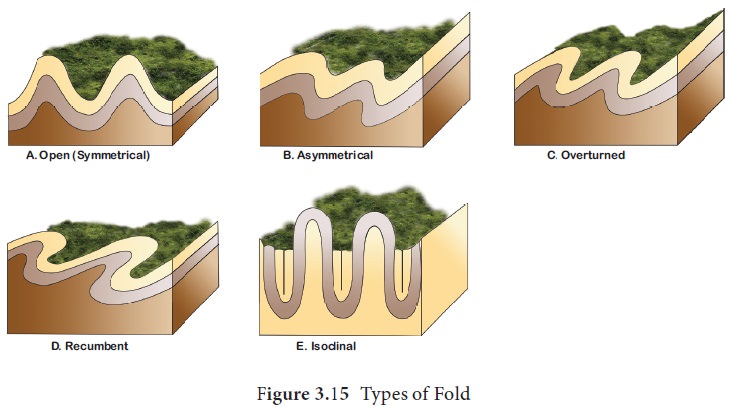 When plates converge, the weak rocks and sediments lying between two plates get squeezed and folded. Parallel folds form long chains of fold mountain ranges with high peaks. The fold mountains are characterised by peaks and valleys. The tops of anticlines become the peaks and synclines become the valleys. Intermontane plateaus (plateau surrounded by the mountain ranges all sides) may be found between the high ranges. Example, Tibet. 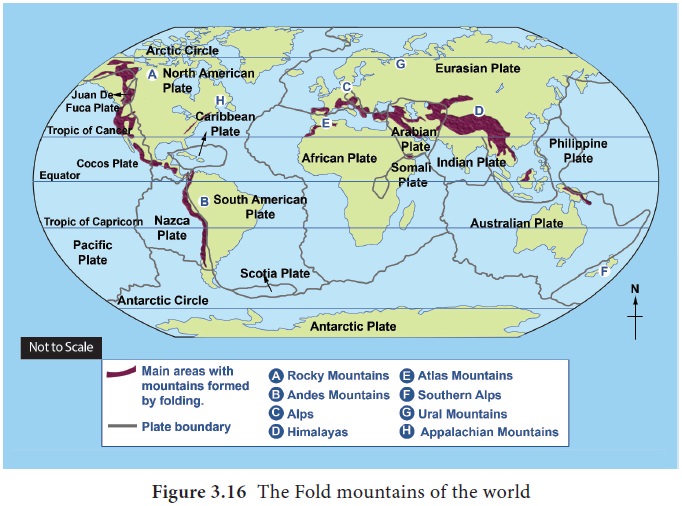