The major action of sulfonylureas is to increase insulin release from the pancreas.

The major action of sulfonylureas is to increase insulin release from the pancreas (Table 41–5). Two additional mechanisms of action have been proposed—a reduction of serum glucagon levels and closure of potassium channels in extrapancreatic tissue (which are of unknown but probably minimal significance). 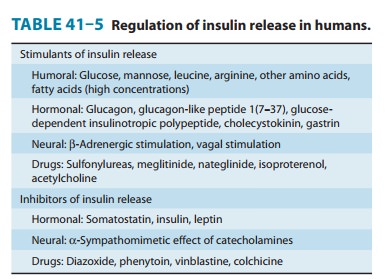 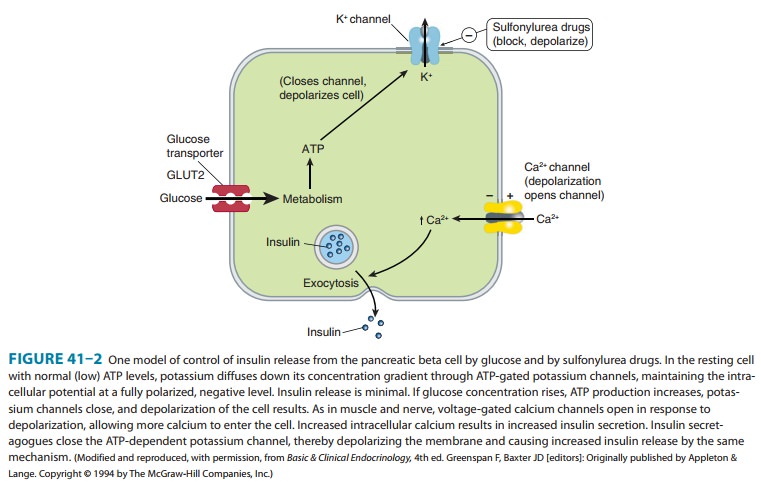 B. Reduction of Serum Glucagon Concentrations

Long-term administration of sulfonylureas to type 2 diabetics reduces serum glucagon levels, which may contribute to the hypo-glycemic effect of the drugs. The mechanism for this suppressive effect of sulfonylureas on glucagon levels is unclear but appears to involve indirect inhibition due to enhanced release of both insulin and somatostatin, which inhibit alpha-cell secretion.

Efficacy & Safety of the Sulfonylureas

In 1970, the University Group Diabetes Program (UGDP) in the USA reported that the number of deaths due to cardiovascular disease in diabetic patients treated with tolbutamide was excessive compared with either insulin-treated patients or those receiving placebos. Owing to design flaws, this study and its conclusionswere not generally accepted. In the United Kingdom, the UKPDS did not find an untoward cardiovascular effect of sulfonylurea usage in their large, long-term study. 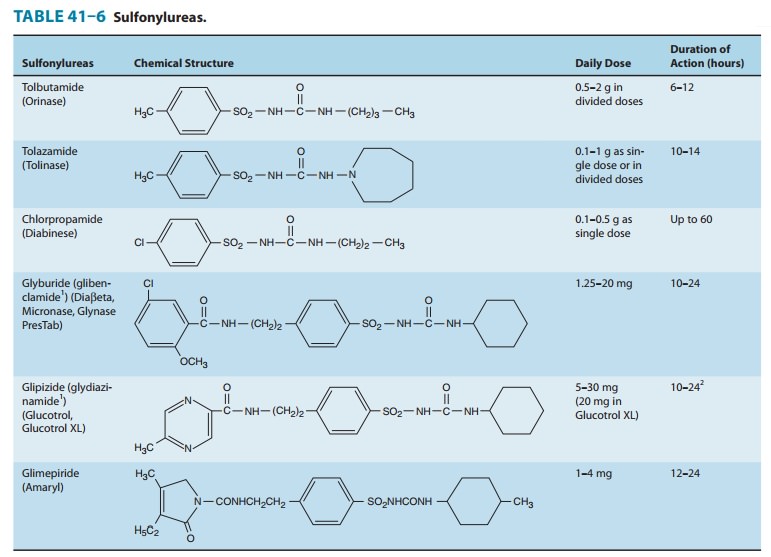