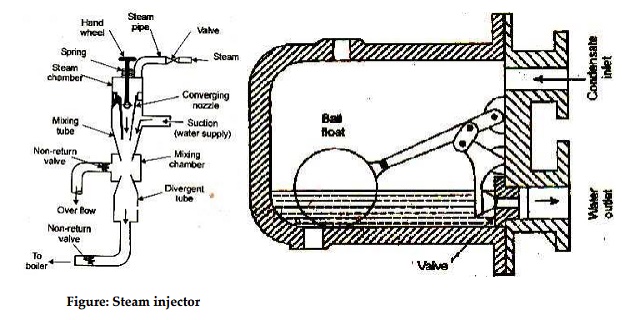 In consists of a converging nozzle, mixing chamber, divergent tube, steam valve and a non-return valve. A steam injector is shown in figure. 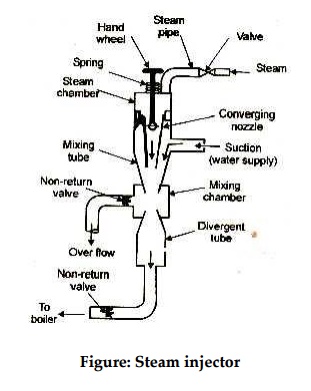 They are commonly used in vertical and locomotive boilers.

In any steam system, water may be formed due to partial condensation of steam in the piping system. This may cause water hammer and reduction in efficiency. A steam trap removes the condensed water, without allowing the steam to escape out. 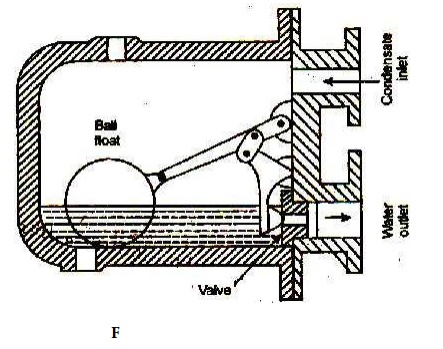 They are located on the steam mains, headers etc.