High-level Data Link Control (HDLC) is a bit-oriented protocol for communication over point-to-point and multipoint links.

In asynchronous balanced mode (ABM), the configuration is balanced. The link is point-to-point, and each station can function as a primary and a secondary (acting as peers). This is the common mode today. 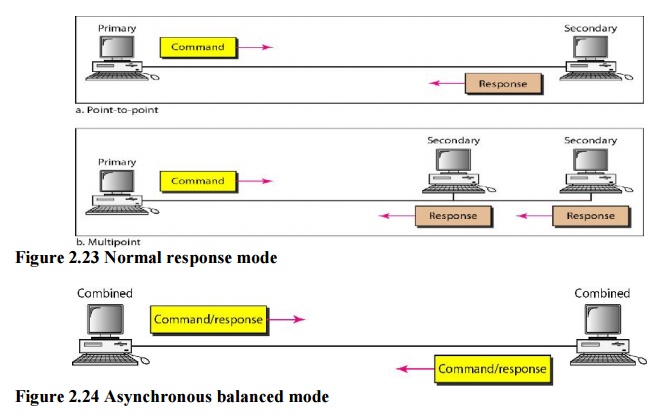 Let us now discuss the fields and their use in different frame types.

Flag field. The flag field of an HDLC frame is an 8-bit sequence with the bit pattern01111110 that identifies both the beginning and the end of a frame and serves as a synchronization pattern for the receiver.

Control field. The control field is a 1- or 2-byte segment of the frame used for flow anderror control. The interpretation of bits in this field depends on the frame type. We discuss this field later and describe its format for each frame type.

FCS field. The frame check sequence (FCS) is the HDLC error detection field. It cancontain either a 2- or 4-byte ITU-T CRC.

a.   Control Field for I-Frames

b.   Control Field for S-Frames

Supervisory frames are used for flow and error control whenever piggybacking is either impossible or inappropriate. S-frames do not have information fields. If the first 2 bits of the control field is 10, this means the frame is an S-frame. The last 3 bits, called N(R), corresponds to the acknowledgment number (ACK) or negative acknowledgment number (NAK) depending on the type of S-frame. The 2 bits called code is used to define the type of S-frame itself.

Unnumbered frames are used to exchange session management and control information between connected devices. Unlike S-frames, U-frames contain an information field, but one used for system management information, not user data. U-frame codes are divided into two sections: a 2-bit prefix before the P/F bit and a 3-bit suffix after the P/F bit. Together, these two segments (5 bits) can be used to create up to 32 different types of U-frames.

Node A asks for a connection with a set asynchronous balanced mode (SABM) frame; node B gives a positive response with an unnumbered acknowledgment (VA) frame. After these two exchanges, data can be transferred between the two nodes (not shown in the figure). After data transfer, node A sends a DISC (disconnect) frame to release the connection; it is confirmed by node B responding with a VA (unnumbered acknowledgment). 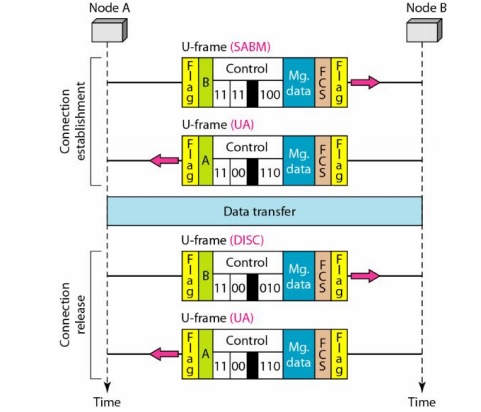 Figure 2.27 Example for connection and disconnection

Node A begins the exchange of information with an I-frame numbered 0 followed by another I-frame numbered 1. Node B piggybacks its acknowledgment of both frames onto an I-frame of its own. Node B's first I-frame is also numbered 0 [N(S) field] and contains a 2 in its N(R) field, acknowledging the receipt of Ns frames 1 and 0 and indicating that it expects frame 2 to arrive next. Node B transmits its second and third I-frames (numbered 1 and 2) before accepting further frames from node A. Its N(R) information, therefore, has not changed: B frames 1 and 2 indicate that node B is still expecting Ns frame 2 to arrive next. Node A has sent all its data. 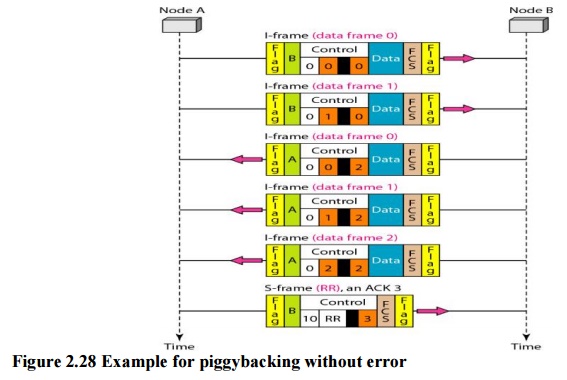 Therefore, it cannot piggyback an acknowledgment onto an I-frame and sends an S-frame instead. The RR code indicates that A is still ready to receive. The number 3 in the N(R) field tells B that frames 0, 1 & 2 have all been accepted and that A is now expecting frame number 3.