Early Development Of Sewing And Fabric 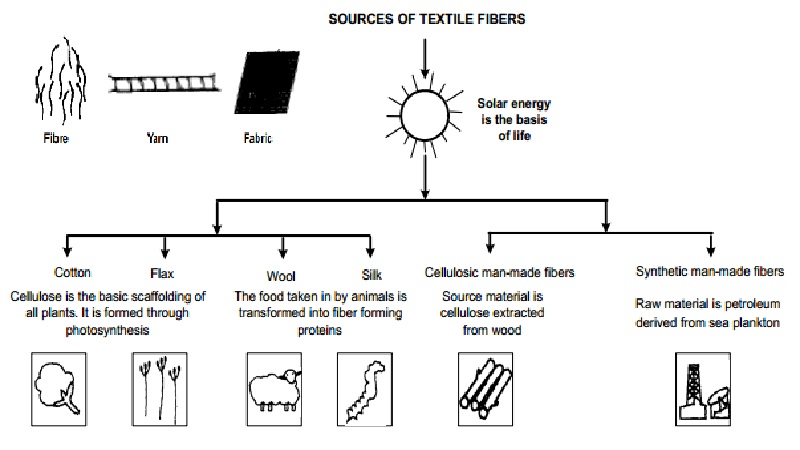 When early people realised they needed more than their own hair and skin to protect them from the weather, they looked around to see what was available. People lived in a cold climate, saw animals with skins that kept them warm. They hunted these animals for food and used the fur to cover their body.

EARLY DEVELOPMENT OF SEWING AND FABRIC:

Once they started to hunt they used the skin of animals as clothes. This skin when continuously used becomes harder and made difficult for them to hunt. For this purpose he started to treat the skin to preserve its softness. Later the bones of animals were used as needle and nerves were used as thread to stitch the hides.

Ancient people used Grasses, reeds, leaves and stems to cover their body. He also learned to spin the fiber, convert it into yarn and these yarns are interlaced to form a cloth. Flax and wool were the first of the fiber to be used because they were easier to twist into yarn than cotton. They also used the hair of animals as bed, in due course, these hair tangled with each other and formed as a fabric. This method is only followed while making felt cloth.

After thousands of years of wandering, people learned that they could live in one place with other humans and grow what they needed. This is known as an agrarian society. People learned how to raise certain animals for the meat and the skins. They learned to grow certain plants for food. People no longer had to spend all their time hunting and farming.

People learned how to spin bits of plants, reeds, horse hair, and bark into one continuous strand, or yarn. Then they discovered how to take these long pieces of yarn and weave them into fabric, just like they wove the grasses. People began to look around for other fibers they could use to make yarn. The cotton, wool, silk, and flax that they found are still the most common natural fibers today. Other fibers, such as alpaca from llamas and angora from rabbits, were discovered, but, even today, these fibers are too scarce and expensive to be widely used.

For thousands of years the four natural fibers used by men are flax, wool, silk and cotton. Man made fibers were introduced only at the beginning of the 20th century. From ancient times to the middle of the 18th century. Spinning and weaving were-done by hand.

Progress in this area culminated in the industrial revolution, which was the start of the factory system and mars production. From Ancient times colours have been used in fabrics.

Dyestuff from plants and insects were used until the synthetic dyes were discovered.