You just get used to them".  -John von Neumann

Mathematics can be broadly classified into two categories: Continuous Mathematics − It is based upon the results concerning the set of real numbers which is uncountably infinite. It is characterized by the fact that between any two real numbers, there is always a set of uncountably infinite numbers. For example, a function in continuous mathematics can be plotted in a smooth curve without break. 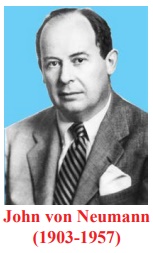 The mathematicians who lived in the latter part of the 19th and early in the 20th centuries developed a new branch of mathematics called discrete mathematics consisting of concepts based on either finite or countably infinite sets like the set of natural numbers. These sets are called discrete sets and the beauty of such sets is that, one can find that a one-to-one correspondence can be defined from these sets onto the set of natural numbers. So, the elements of a discrete set can be arranged as a sequence. This special feature of discrete sets cannot be found in any uncountable set like the set of real numbers where the elements are distributed continuously throughout without any gap.

Everyone is aware of the fact that the application of computers is playing an important role in every walk of our lives. Consequently the computer science has become partially a science of clear understanding and concise description of computable discrete sets. Also the modern programming languages are to be designed in such a way that they are suitable for descriptions in a concise manner. This compels the computer scientists to train themselves in learning to formulate algorithms based on the discrete sets.