A comparator compares a signal voltage on one input of an op-amp with a known voltage called a reference voltage on the other input.

A comparator compares a signal voltage on one input of an op-amp with a known voltage called a reference voltage on the other input. Comparators are used in circuits such as, 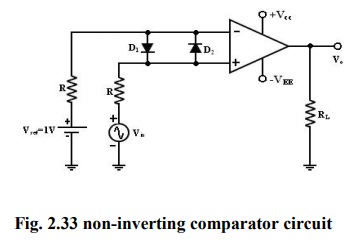 When Vin is greater than Vref, the (+) input becomes positive, the V0 goes to +Vsat.

Thus the V0 changes from one saturation level to another.

The resistance R in series with Vin is used to limit the current through D1 and D2. To reduce offset problems, a resistance Rcomp = R is connected between the (-ve) input and Vref. 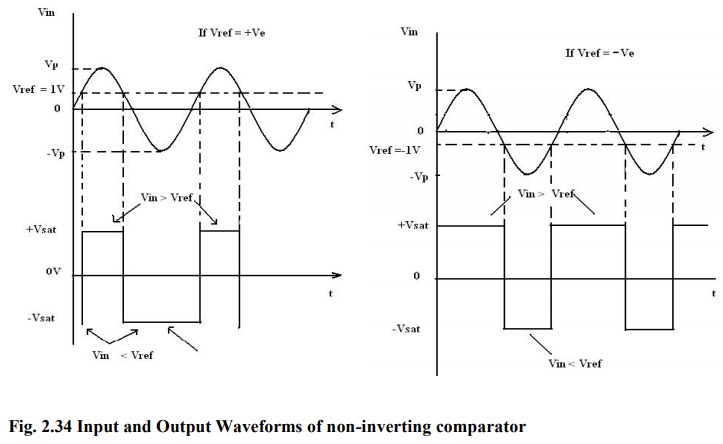 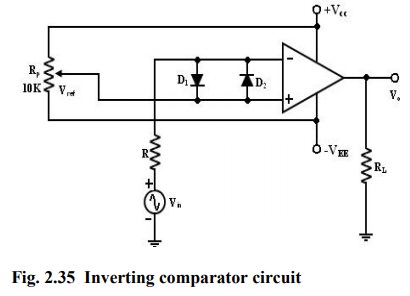 In this circuit Vref is obtained by using a 10K potentiometer that forms a voltage divider with DC supply volt +Vcc and -1 and the wiper connected to the input. As the wiper is moved towards +Vcc, Vref becomes more positive. Thus a Vref of a desired amplitude and polarity can be got by simply adjusting the 10k potentiometer. 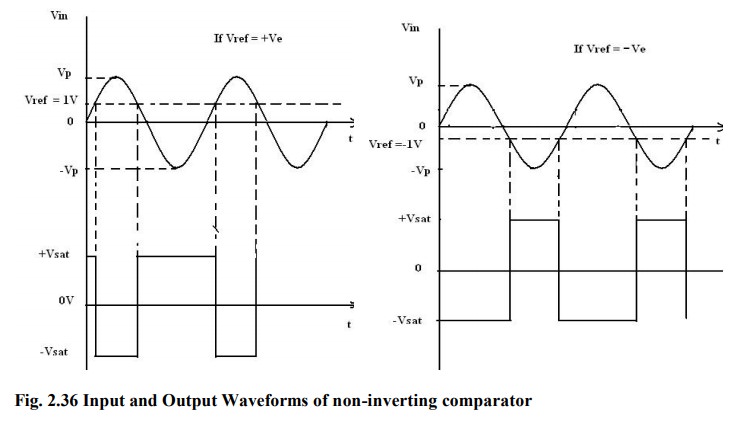 In some applications, the input Vin may be a slowly changing waveform, (i.e) a low frequency signal. It will take Vin more time to cross 0V, therefore V0 may not switch quickly from one saturation voltage to the other.

Because of the noise at the op-amp‘s input terminals the output V0 may fluctuate between 2 saturations voltages +Vsat and –Vsat. Both of these problems can be cured with the use of regenerative or positive feedback that cause the output V0 to change faster and eliminate any false output transitions due to noise signals at the input Inverting comparator with positive feedback This is known as Schmitt Trigger.