It is divided into two charteristics.

Torque angle curve of a step motor is shown in fig.2.32. it is seen that the Torque increases almost sinusoid ally, with angle Θ from equilibrium. 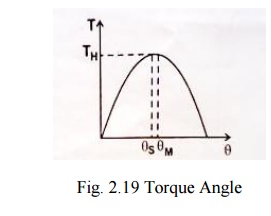 It is the maximum load torque which the un-energized stepper motor can withstand slipping. Detent torque is due to magnetism, and is therefore available only in permanent magnet and hybrid stepper motor. It is about 5-10 % of holding torque.

A typical torque curve for a stepper motor is shown in fig.2.34. It is seen the curve is initially linear but later on its slope progressively decreases as the magnetic circuit of the motor saturates. 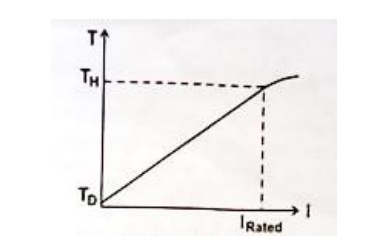 Torque constant of the stepper is defined as the initial slope of the torque-current (T-I) curve of the stepper motor. It is also known as torque sensitivity. Its units N-mA, kg-cm/A or OZ-in/A

A stepper motor is said to be operated in synchronism when there exist strictly one to one correspondence between number of pulses applied and the number of steps through which the motor has actually moved. There are two modes of operation.

Also called as pull in curve or single stepping mode. 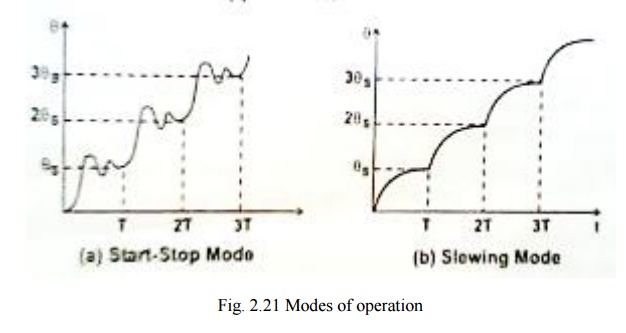 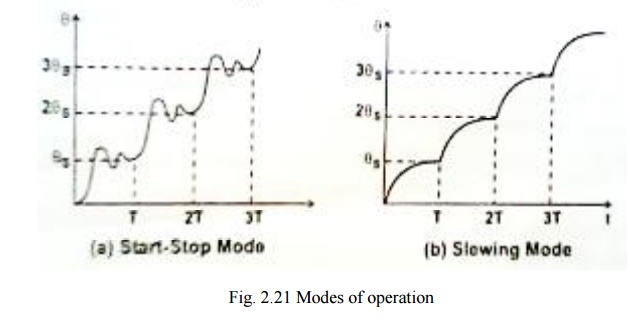