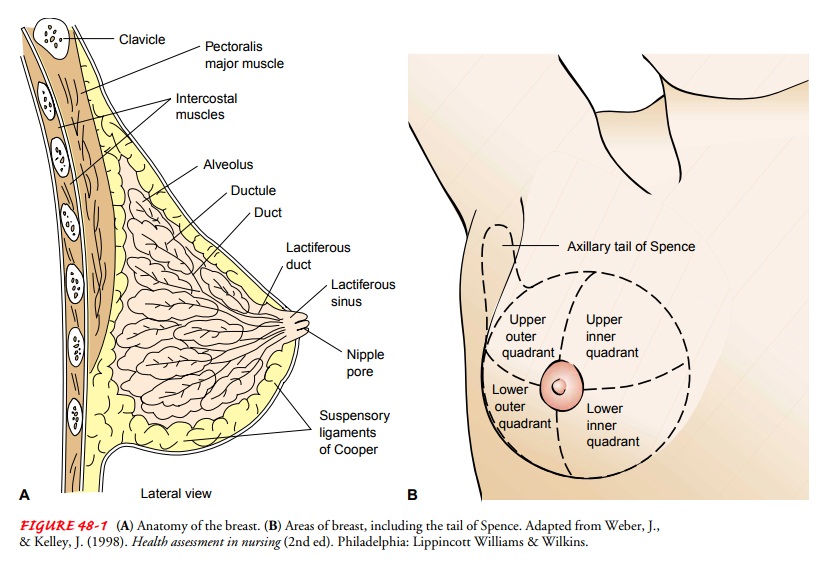 In males and females, the breasts are the same until puberty, when estrogen and other hormones initiate breast development in females.

In males and females, the breasts are the same until puberty, when estrogen and other hormones initiate breast development in fe-males. This development usually occurs at about age 10 years and continues until about age 16 years, although the range can vary from 9 to 18 years. Stages of breast development are described as Tanner stages 1 through 5. Stage 1 describes a prepubertal breast. Stage 2 is breast budding, the first sign of puberty in a female. Stage 3 involves further enlargement of breast tissue and the areola (a darker tissue ring around the nipple), and stage 4 occurs when the nipple and areola form a secondary mound on top of the breast tissue. Stage 5 is the continued development of a larger breast with a single contour.

The breast contains glandular (parenchyma) and ductal tissue, along with fibrous tissue that binds the lobes together and fatty tissue in and between the lobes. These paired mammary glands are located between the second and sixth ribs over the pectoralis major muscle from the sternum to the midaxillary line. An area of breast tissue, called the tail of Spence, extends into the axilla. Cooper’s ligaments, which are fascial bands, support the breast on the chest wall. Figure 48-1 shows the anatomy of the fully developed breast. 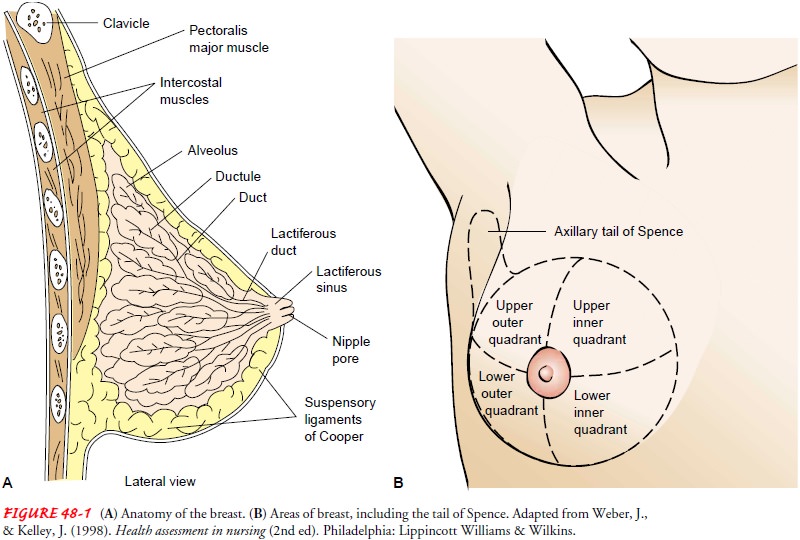 Each breast consists of 12 to 20 cone-shaped lobes that are made up of lobules containing clusters of acini, small structures ending in a duct. All of the ducts in each lobule empty into an ampulla, which then opens onto the nipple after narrowing.