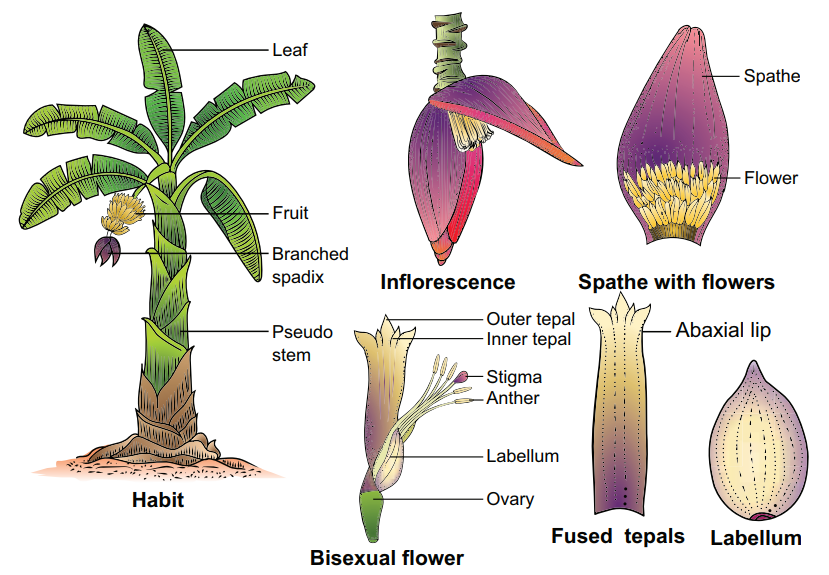 Stem: The real stem is underground called rhizomatous. The apparent, aerial erect unbranched pseudo stem is formed by the long, stiff and sheathy leaf bases which are rolled around one another to form an aerial pseudostem. The central axis that is concealed at the bottom of the pseudostem is called shaft.

The shaft elongates, pierces through the pseudostem and produces an inflorescence terminally.

Leaf: Simple with a long and strong petiole. The leaf blade is large and broad with sheathy leaf base. Leaf exstipulate and obtuse pinnately parallel venation which extends upto the leaf margin phyllotaxy is spiral.

Perianth: Tepals 6, biseriate, 3+3 syntepalous, arranged in two whorls of 3 each and homochlamydeous, the three tepals of the outer whorl and the two lateral tepals of the inner whol are fused by valvate aestivation to form 5 toothed tube like structure called abaxial lip, the posterior inner median tepal is distinctly broad membrancus and free called labellum. 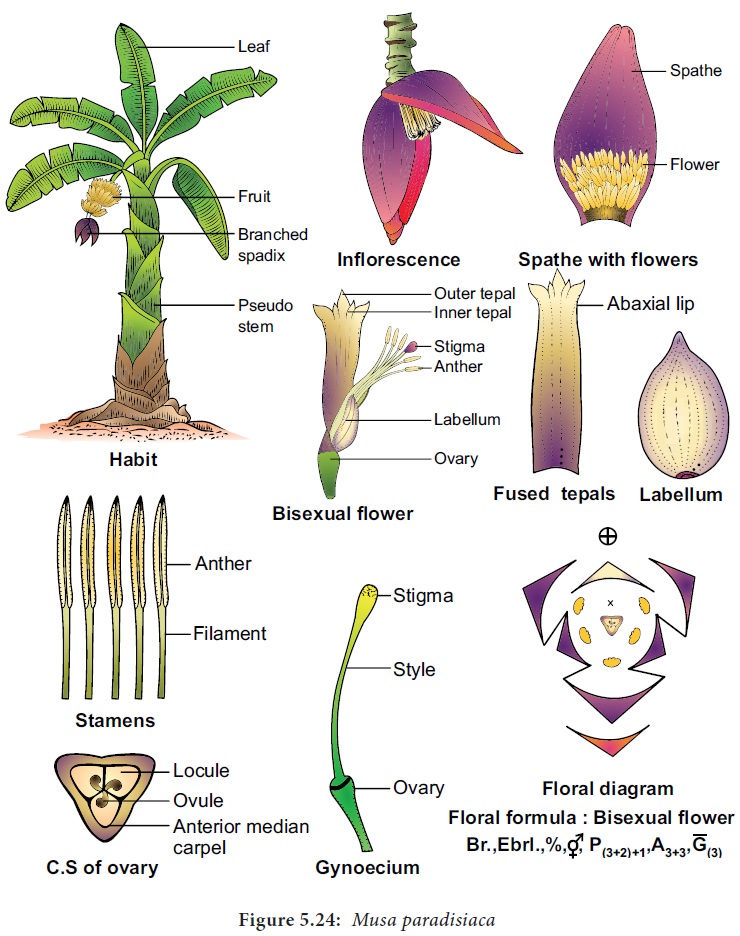 Androecium: Stamens 6, arranged in two whorls of 3 each, arranged opposite to the tepals. Only five stamens are fertile and the inner posterior stamen is either absent or represented by staminode. Anthers are dithecous and they dehisce by vertical slits. Filament is simple and filiform and rudimentary ovary or pistillode is often present in the male flower.

Fruit: An elongated fleshy berry and seeds are not produced in cultivated varieties. 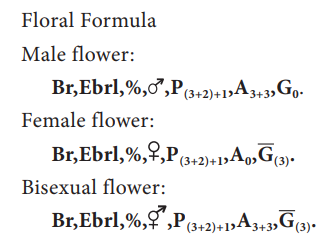