Substantial advances have been made in antiretroviral therapy since the introduction of the first agent, zidovudine, in 1987.

Substantial advances have been made in antiretroviral therapy since the introduction of the first agent, zidovudine, in 1987 (Table 49–3). Greater knowledge of viral dynamics through the use of viral load and resistance testing has made it clear that combina-tion therapy with maximally potent agents will reduce viral replica-tion to the lowest possible level and decrease the likelihood of emergence of resistance. Thus, administration of combination antiretroviral therapy, typically comprising at least three antiretro-viral agents, has become the standard of care. Viral susceptibility to specific agents varies among patients and may change with time, owing to development of resistance. Therefore, such combinations must be chosen with care and tailored to the individual, as must changes to a given regimen. In addition to potency and susceptibil-ity, important factors in the selection of agents for any given patient are tolerability, convenience, and optimization of adherence. 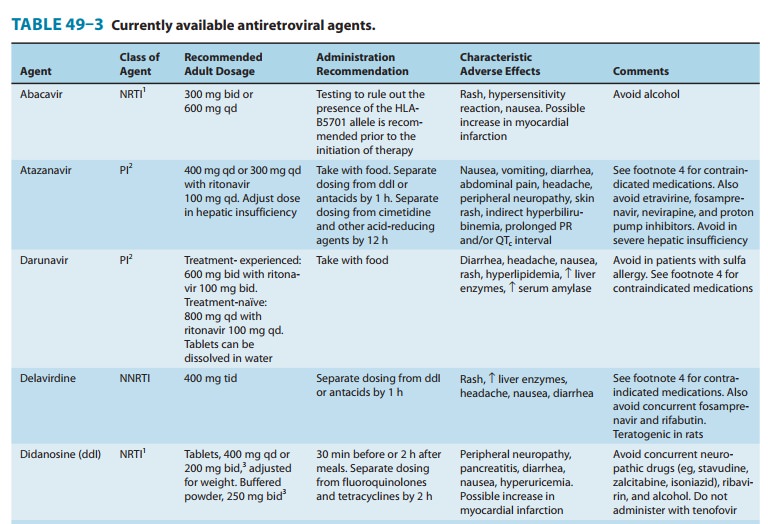 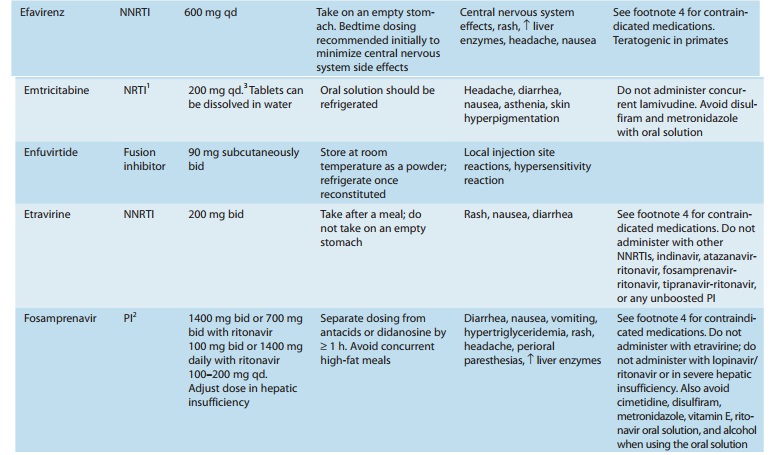 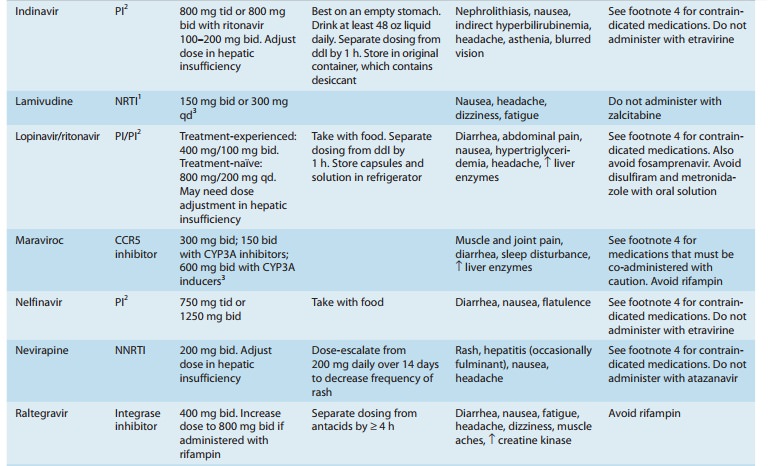 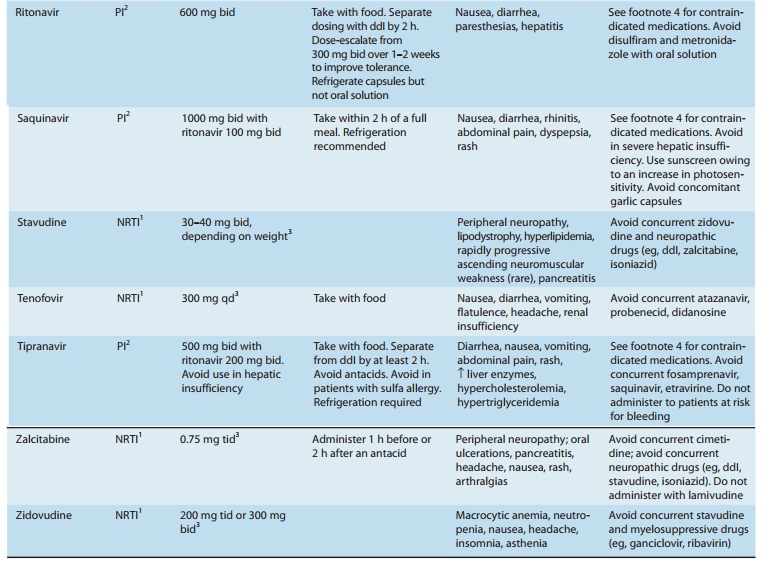 The retroviral genomic RNA serves as the template for synthe-sis of a double-stranded DNA copy, the provirus (Figure 49–4). Synthesis of the provirus is mediated by a virus-encoded RNA-dependent DNA polymerase, or “reverse transcriptase.” The provirus is translocated to the nucleus and integrated into host DNA. Transcription of this integrated DNA is regulated primarily by cellular machinery. 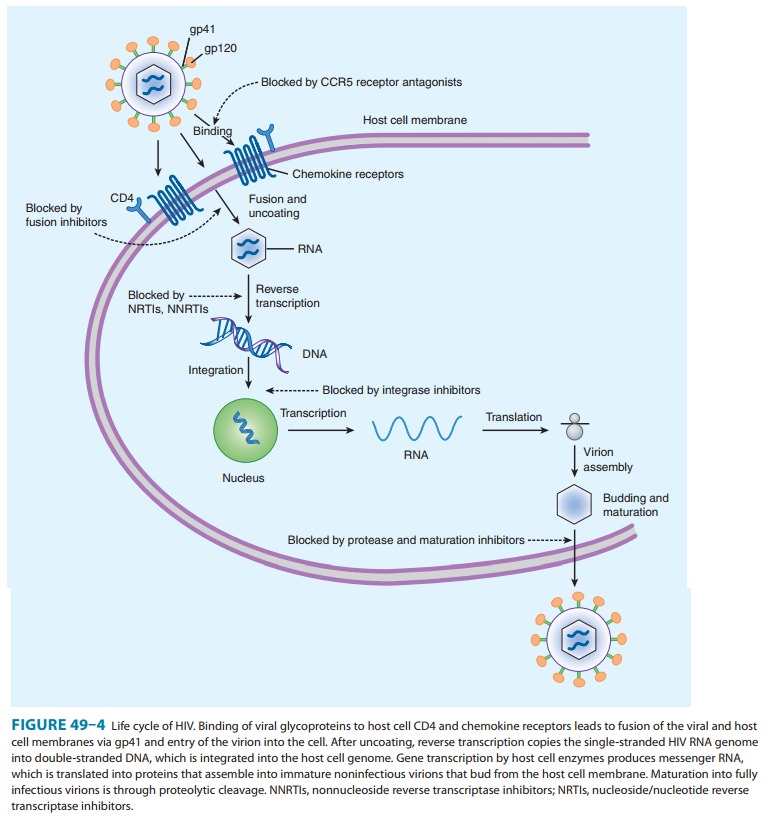 Six classes of antiretroviral agents are currently available for use: nucleoside/nucleotide reverse transcriptase inhibitors (NRTIs), nonnucleoside reverse transcriptase inhibitors (NNRTIs), protease inhibitors (PIs), fusion inhibitors, CCR5 receptor antagonists, and integrase inhibitors. As new agents have become available, several older ones have had diminished usage, because of either suboptimal safety profile or inferior antiviral potency. It is important to recog-nize that the high rate of mutation of HIV-1 per replication cycle results in a great potential for genotypic variation. Genotypic resis-tance has been reported for each of the antiretroviral agents cur-rently in use. Treatment that slows or stops replication is critical in reducing the number of cumulative mutations, as is the use of combinations of agents with differing susceptibility patterns.

It should be noted that in vitro susceptibility of HIV-2 to the NRTIs is similar to that of HIV-1, albeit with a lower genetic barrier to resistance. There is innate resistance of HIV-2 to the NNRTIs, due to a different structure of the reverse transcriptases’ NNRTI binding pockets; enfuvirtide  has no activity against HIV-2. Data on the activity of PI agents and maraviroc against HIV-2 are sparse and inconclusive.