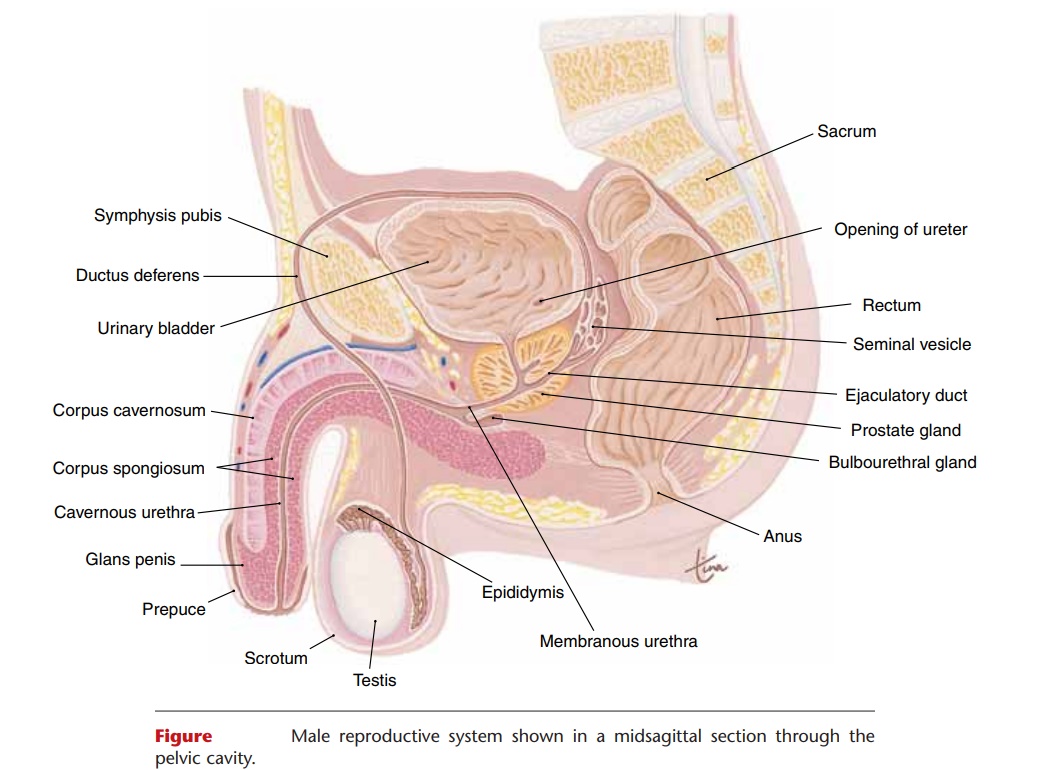 The urethra is the last of the ducts through which semen travels, and its longest portion is enclosed within the penis.

The urethra is the last of the ducts through which semen travels, and its longest portion is enclosed within the penis. The penis is an external genital organ; its distal end is called the glans penis and is cov-ered with a fold of skin called the prepuce or foreskin.Circumcision is the surgical removal of the foreskin This is a common procedure performed on male infants, and though there is considerable medical debate as to whether circumcision has a useful pur-pose, some research studies have found fewer cases of HIV infection among circumcised men, compared with men who are uncircumcised.

Within the penis are three masses of cavernous (erectile) tissue (see Fig. 20–3). Each consists of a framework of smooth muscle and connective tissue that contains blood sinuses, which are large, irregular vascular channels. 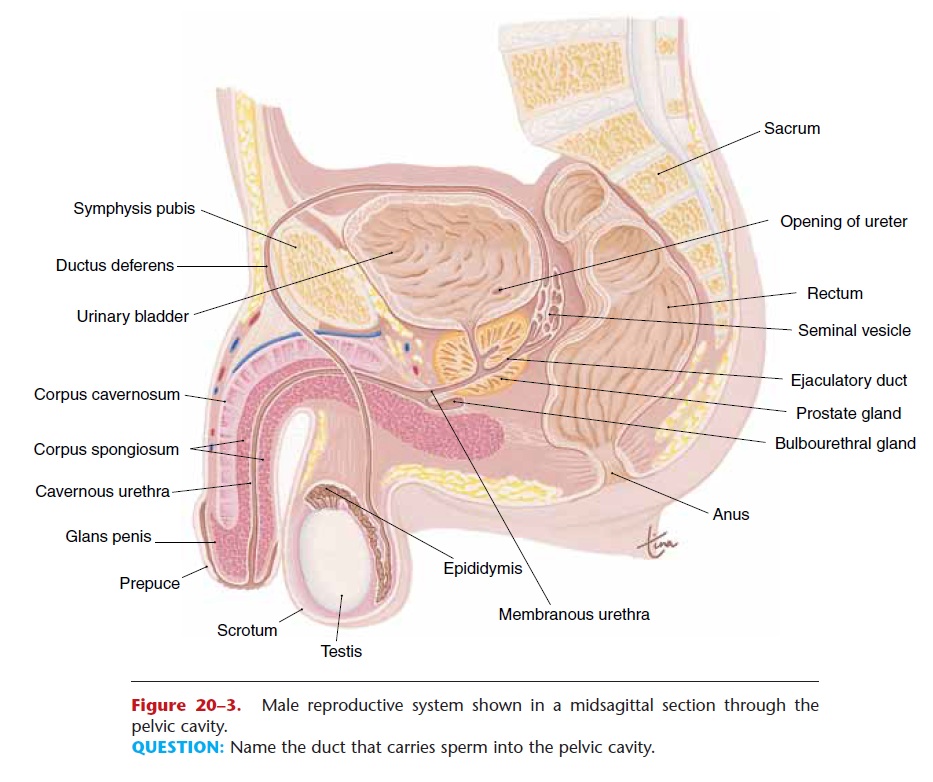 When blood flow through these sinuses is minimal, the penis is flaccid. During sexual stimulation, the arteries to the penis dilate, the sinuses fill with blood, and the penis becomes erect and firm. The dilation of penile arteries and the resulting erection are brought about by the localized release of nitric oxide (NO) and by parasympathetic impulses. The erect penis is capa-ble of penetrating the female vagina to deposit sperm. The culmination of sexual stimulation is ejaculation, a sympathetic response that is brought about by peristal-sis of all of the reproductive ducts and contraction of the prostate gland and the muscles of the pelvic floor.