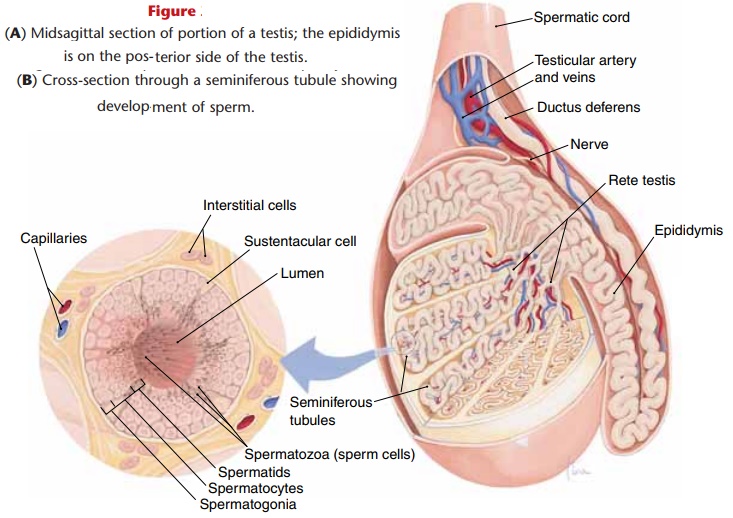 The testes are located in the scrotum, a sac of skin between the upper thighs. 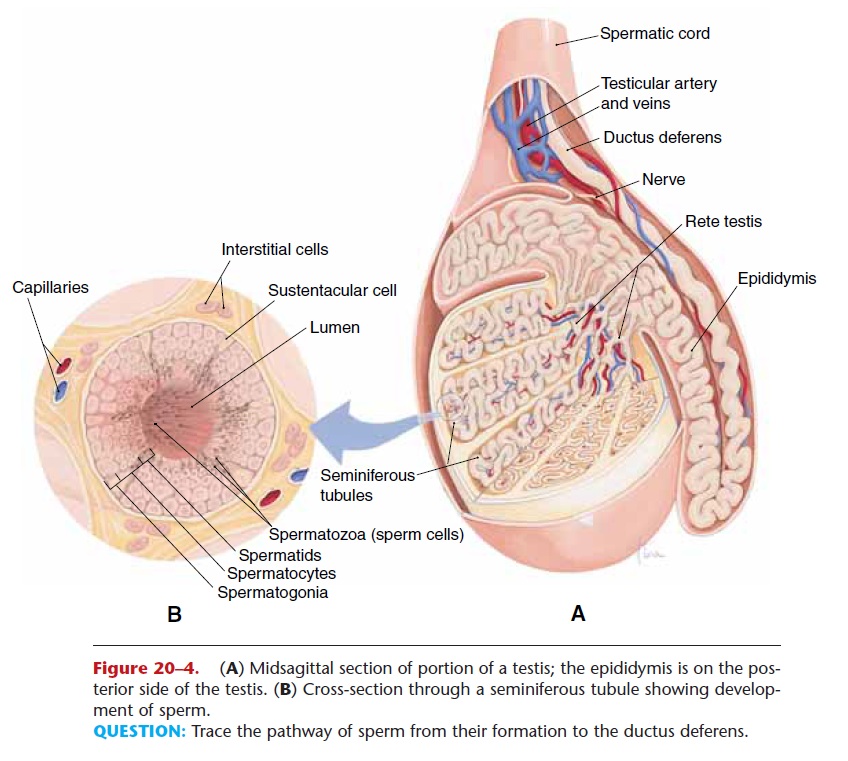 Figure 20–4. (A) Midsagittal section of portion of a testis; the epididymis is on the pos-terior side of the testis. (B) Cross-section through a seminiferous tubule showing develop-ment of sperm.

QUESTION: Trace the pathway of sperm from their formation to the ductus deferens.

Each testis is about 1.5 inches long by 1 inch wide (4 cm by 2.5 cm) and is divided internally into lobes (Fig. 20–4). Each lobe contains several seminiferous tubules, in which spermatogenesis takes place. Among the spermatogonia of the seminiferous tubules are sustentacular (Sertoli) cells, which produce the hormone inhibin when stimulated by testosterone. Between the loops of the seminiferous tubules are interstitial cells, which produce testosterone when stimulated by luteinizing hormone (LH) from the anterior pituitary gland. Besides its role in the matu-ration of sperm, testosterone is also responsible for the male secondary sex characteristics, which begin to develop at puberty (Table 20–1).

A sperm cell consists of several parts, which are shown in Fig. 20–1. The head contains the 23 chro- mosomes. On the tip of the head is the acrosome, which is similar to a lysosome and contains enzymes to digest the membrane of an egg cell. Within the mid-dle piece are mitochondria that produce ATP. The fla-gellum provides motility, the capability of the sperm cell to move. It is the beating of the flagellum that requires energy from ATP.

Sperm from the seminiferous tubules enter a tubu-lar network called the rete testis, then enter the epi-didymis, the first of the reproductive ducts.