The ovaries are a pair of oval structures about 1.5 inches (4 cm) long on either side of the uterus in the pelvic cavity

The ovaries are a pair of oval structures about 1.5 inches (4 cm) long on either side of the uterus in the pelvic cavity (Fig. 20–6). The ovarian ligament extends from the medial side of an ovary to the uter-ine wall, and the broad ligament is a fold of the peritoneum that covers the ovaries. These ligaments help keep the ovaries in place. 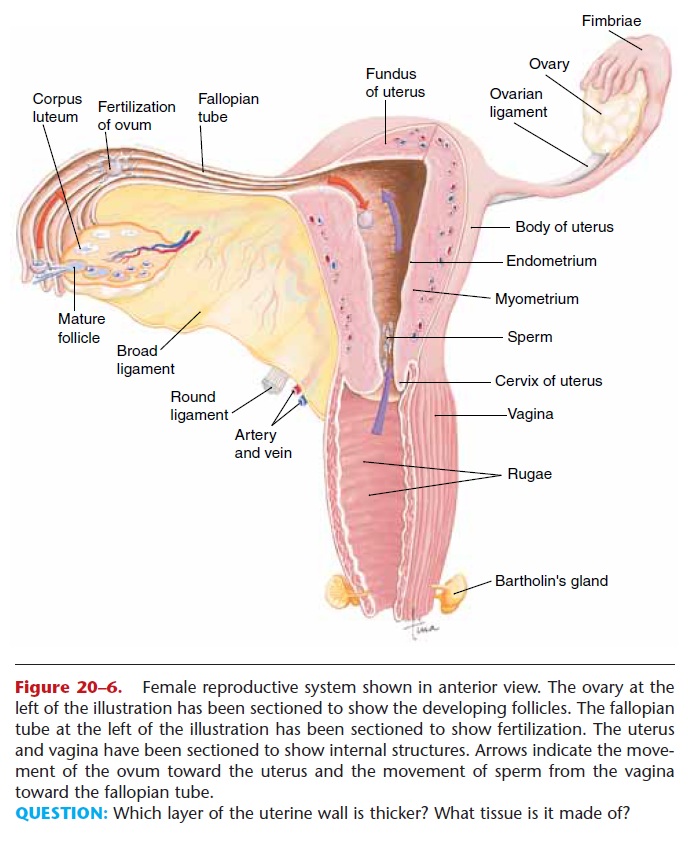 QUESTION: Which layer of the uterine wall is thicker? What tissue is it made of?

Within an ovary are several hundred thousand pri-mary follicles, which are present at birth. During a woman’s childbearing years, only 300 to 400 of these follicles will produce mature ova. As with sperm pro-duction in men, the supply of potential gametes far exceeds what is actually needed, but this helps ensure the continuation of the human species.

Each primary ovarian follicle contains an oocyte, a potential ovum or egg cell. Surrounding the oocyte are the follicle cells, which secrete estrogen. Matura-tion of a follicle, requiring FSH and estrogen, was described previously in the section on oogenesis. A mature follicle may also be called a graafian follicle, and the hormone LH from the anterior pituitary gland causes ovulation, that is, rupture of the mature follicle with release of the ovum. At this time, other developing follicles begin to deteriorate; these are called atretic follicles and have no further purpose. Under the influence of LH, the ruptured follicle becomes the corpus luteum and begins to secrete progesterone as well as estrogen. Hormones produced in smaller amounts by the corpus luteum are inhibin and relaxin. 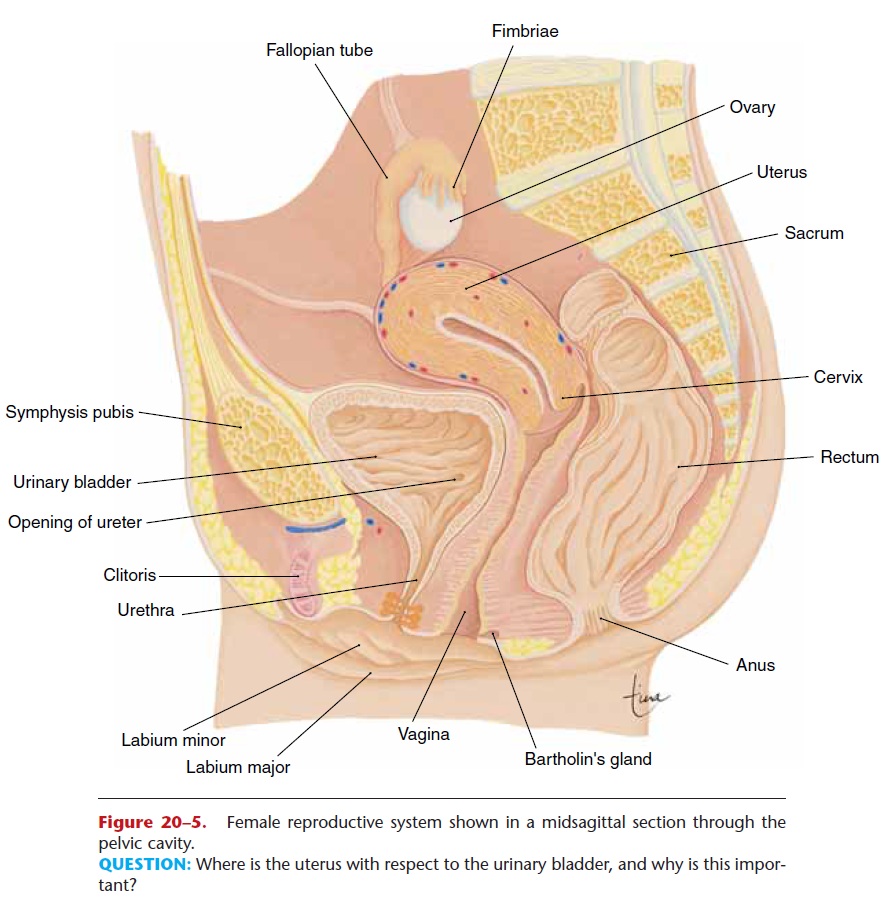 Figure 20–5. Female reproductive system shown in a midsagittal section through the pelvic cavity.

QUESTION: Where is the uterus with respect to the urinary bladder, and why is this impor-tant?