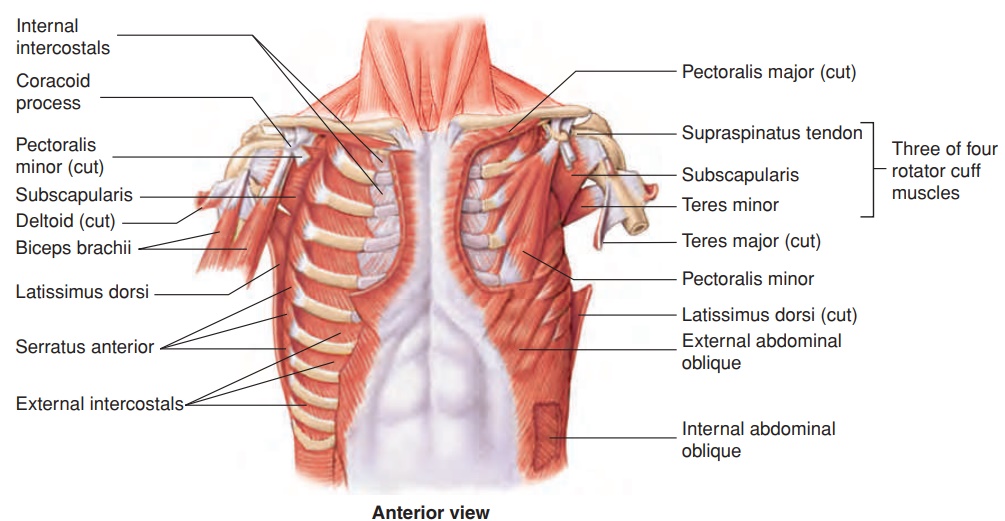 The muscles of the upper limb include those that attach the limb and pectoral girdle to the body and those in the arm, forearm, and hand.

The muscles of the upper limb include those that attach the limb and pectoral girdle to the body and those in the arm, forearm, and hand.

The upper limb is primarily connected to the body by muscles. The muscles that attach the scapula to the thorax and move the scapula include the trapezius (tra-pē′zē-ŭs), the levator scapulae (le-vā′ter skap′ū-lē), the rhomboids (rom′boydz), the serratus (ser-ā′tŭs; serrated) anterior, and the pectoralis (pek′tō-ra′lis) minor (figure 7.22 and table 7.12). These muscles act as fixatorsto hold the scapula firmly in position when the muscles of the arm contract. The scapular muscles also move the scapula into differentpositions, thereby increasing the range of movement of the upper limb. The trapezius forms the upper line from each shoulder to the neck. The origin of the serratus anterior from the first eight or nine ribs can be seen along the lateral thorax. 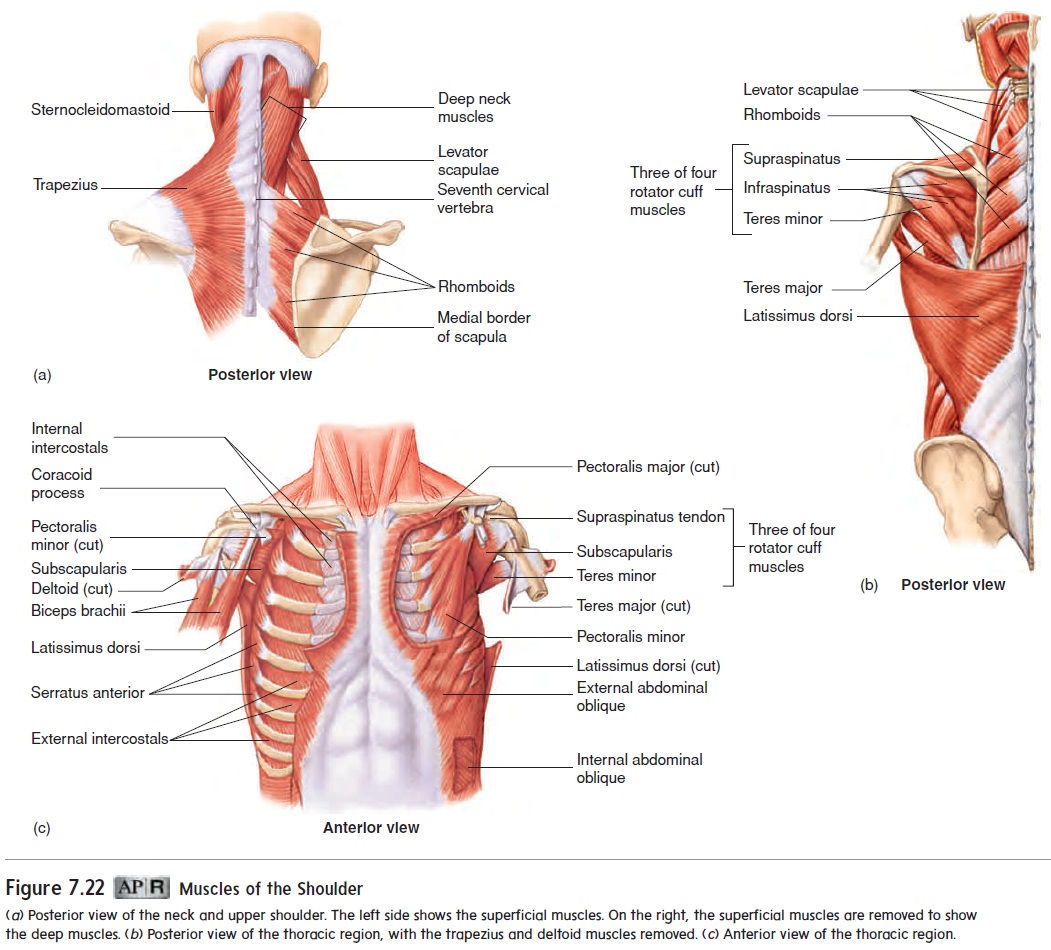 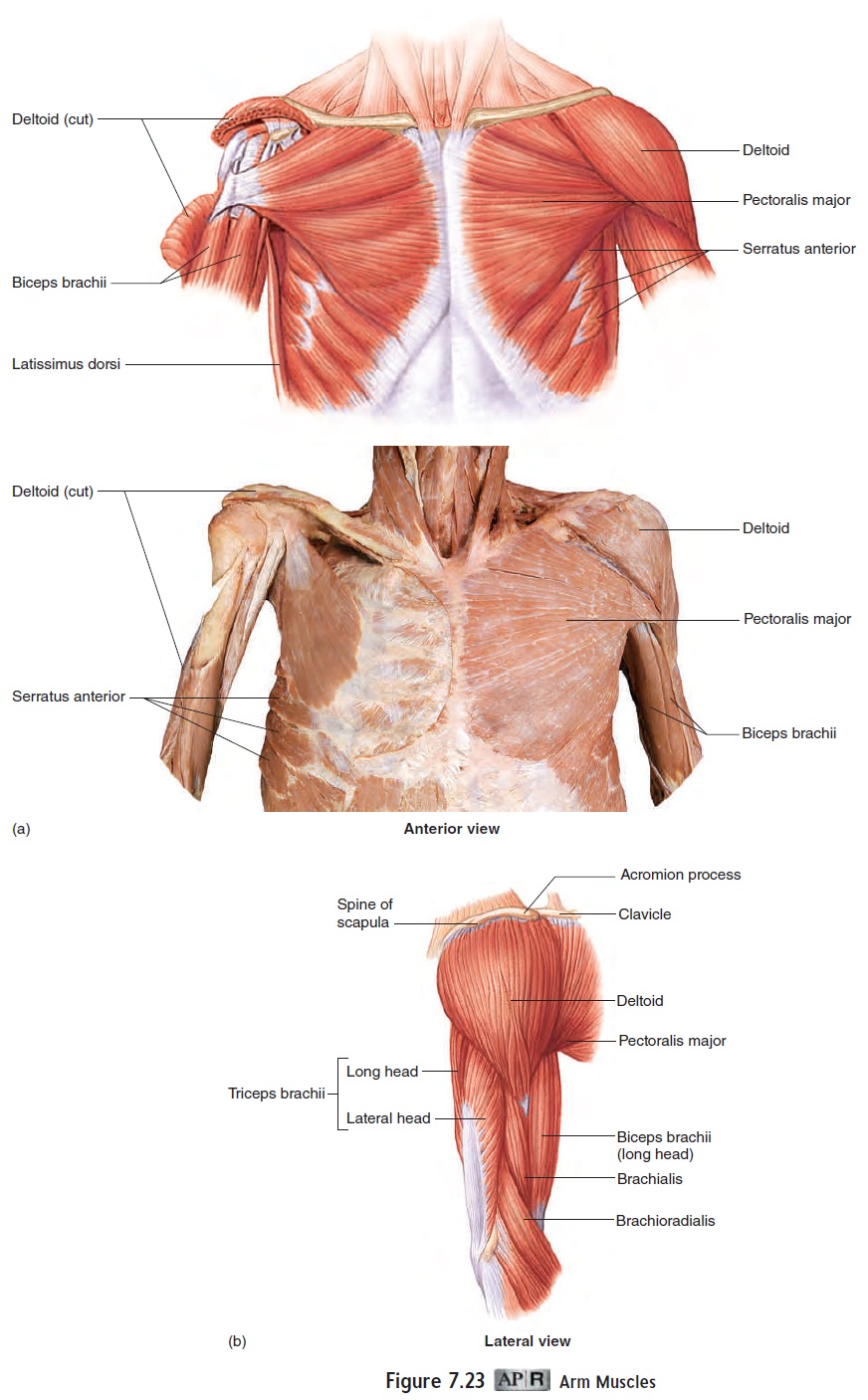 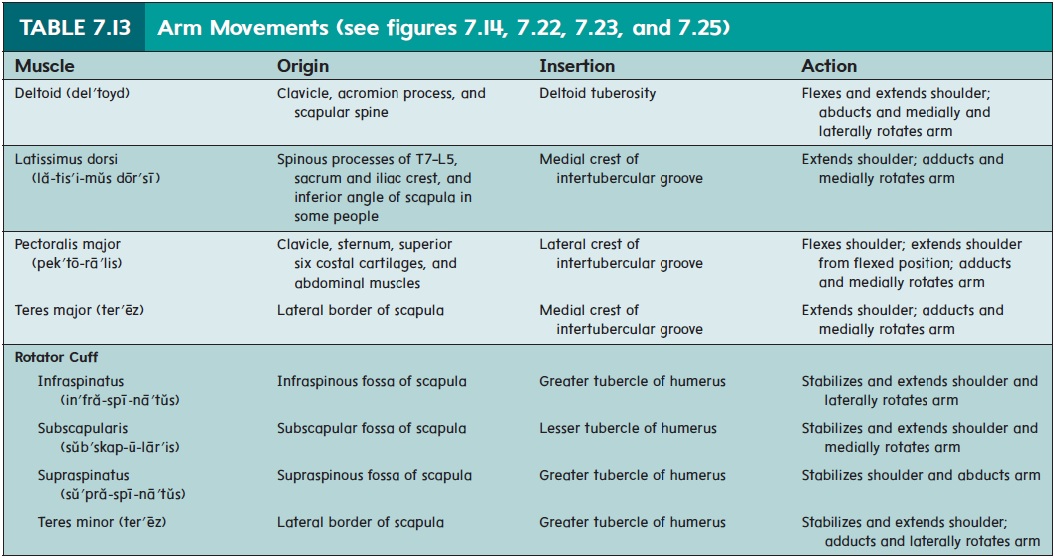 Another group of four muscles, called the rotator cuff muscles, attaches the humerus to the scapula and forms a cuff or cap over the proximal humerus (table 7.13; see figure 7.22b,c). These muscles stabilize the joint by holding the head of the humerus in the glenoid cavity during arm movements, especially abduction. A rotator cuff injury involves damage to one or more of these muscles or their tendons. Thedeltoid (del′toyd) muscle attaches the humerus to the scapula and clavicle and is the major abductor of the upper limb. The pectoralis major forms the upper chest, and the deltoid forms the rounded mass of the shoulder (see figure 7.25). The deltoid is a common site for administering injections. 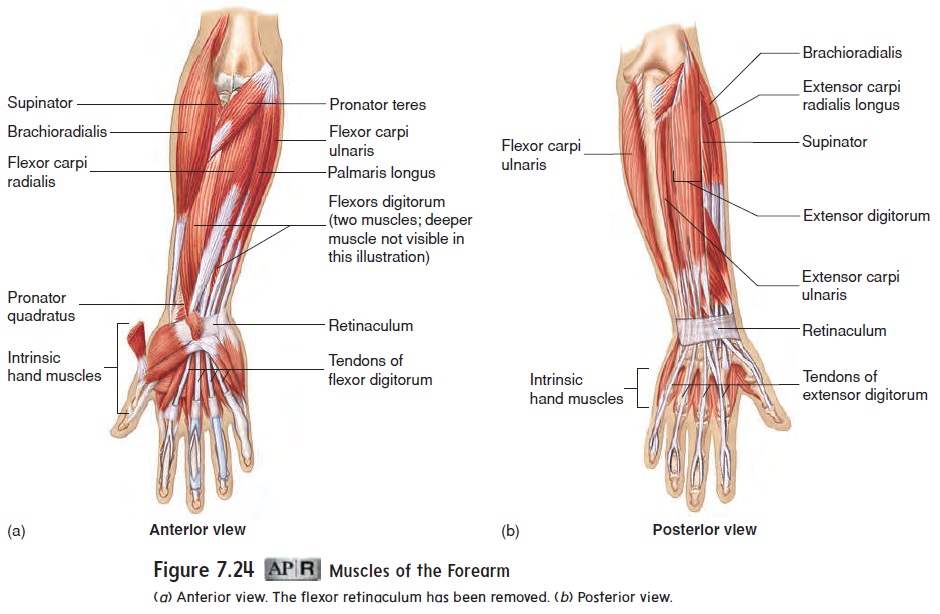 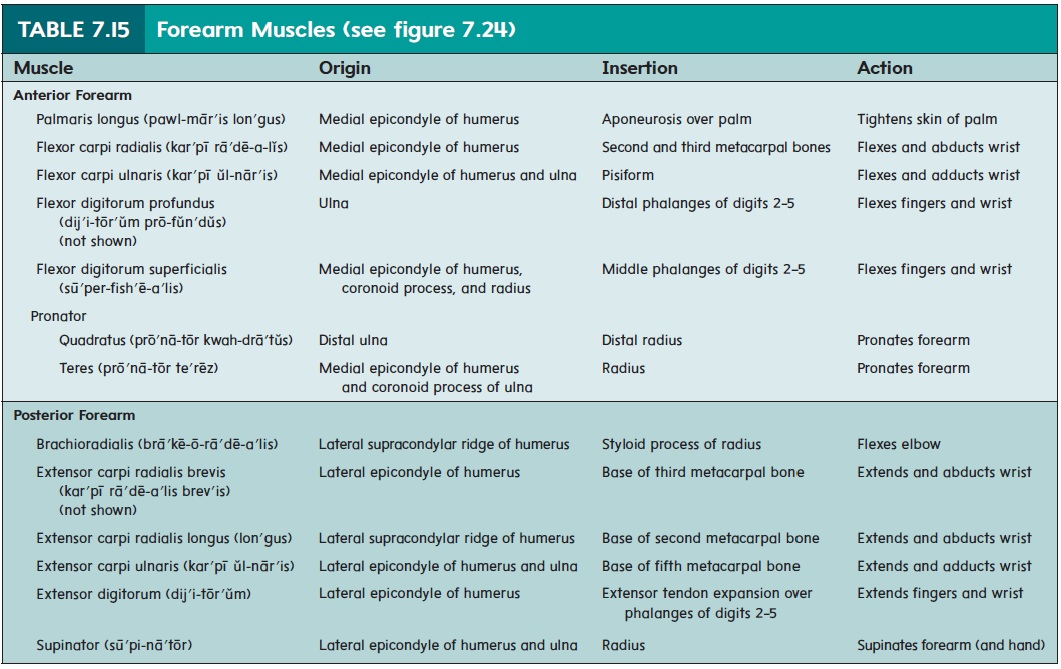 A strong band of fibrous connective tissue, the retinaculum (figure 7.24b), covers the flexor and extensor ten-dons and holds them in place around the wrist so that they do not “bowstring” during muscle contraction. Because the retinaculum does not stretch as a result of pressure, this characteristic is a contributing factor in carpal tunnel syndrome

The flexor carpi (kar′ pı̄) muscles flex the wrist, and the extensor carpi muscles extend the wrist. The tendon of the flexorcarpi radialis serves as a landmark for locating the radial pulse (figure 7.25a). The tendons of the wrist extensors are visible on the posterior surface of the forearm (figure 7.25b). Forceful, repeated contraction of the wrist extensor muscles, as occurs in a tennis backhand, may result in inflammation and pain where the extensor muscles attach to the lateral humeral epicondyle. This condition is sometimes referred to as “tennis elbow.” Flexion of the fingers is the function of the flexor digitorum (dij′ i-tōr′ ŭm;flexor of the digits, or fingers). Extension of the fingers is accom-plished by the extensor digitorum. The tendons of this muscle are very visible on the dorsal surface of the hand (figure 7.25b). The thumb has its own set of flexors, extensors, adductors, and abduc-tors. The little finger has some similar muscles. 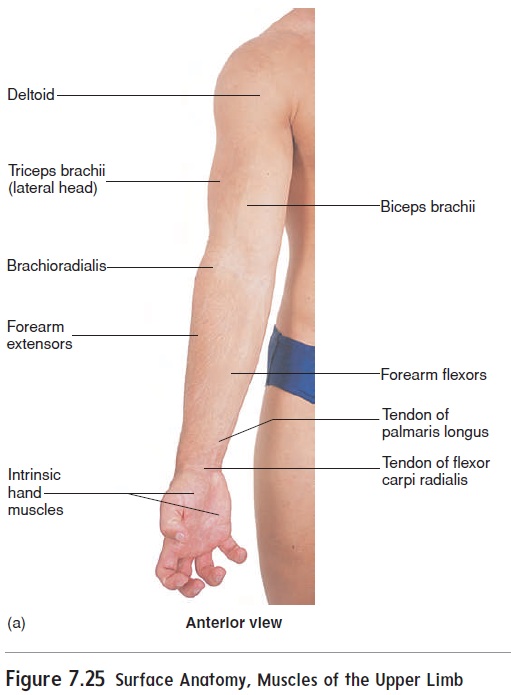 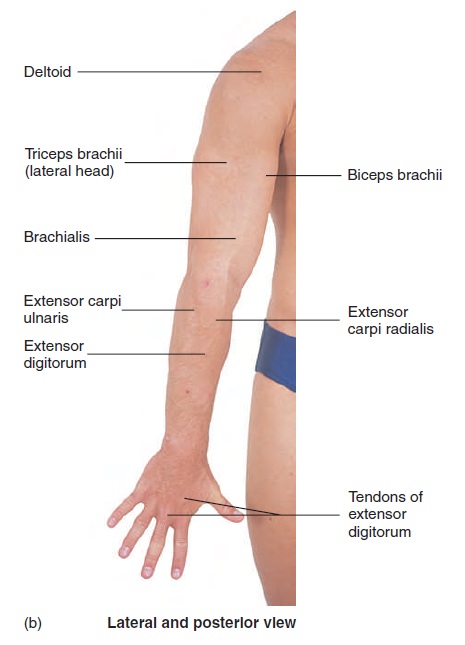