Contraction of skeletal muscle tissue occurs as actin and myosin myofilaments slide past one another, causing the sarcomeres to shorten.

During muscle relaxation, sarcomeres lengthen. This length-ening requires an opposing force, such as that produced by other muscles or by gravity. 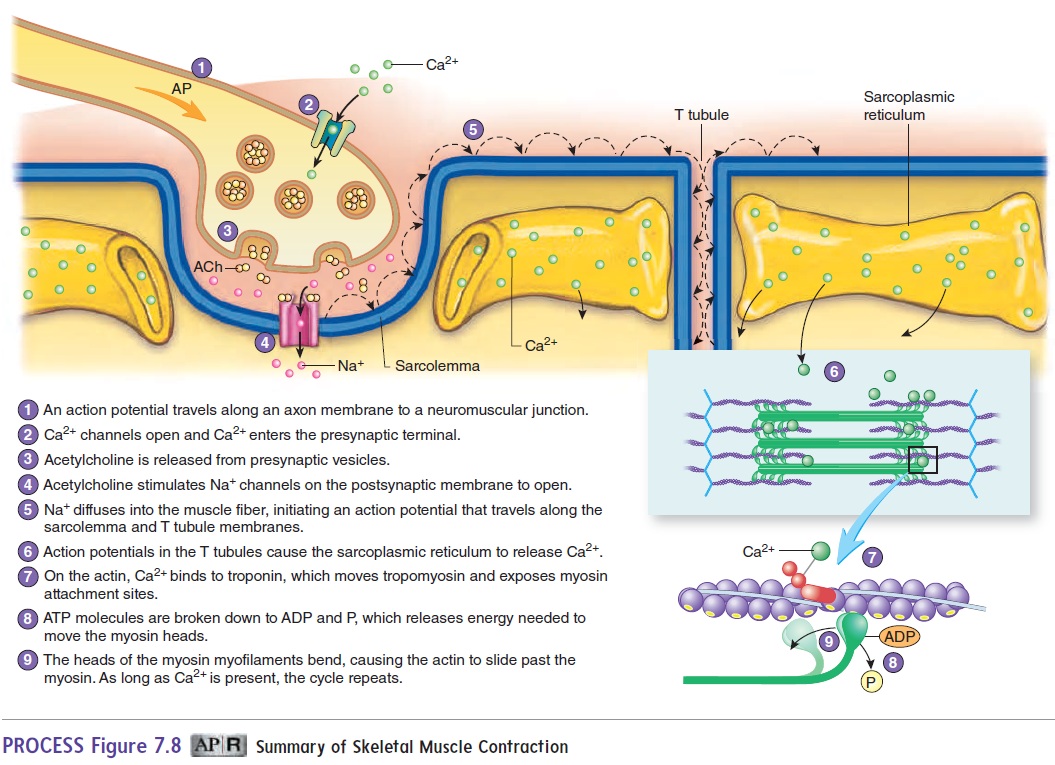 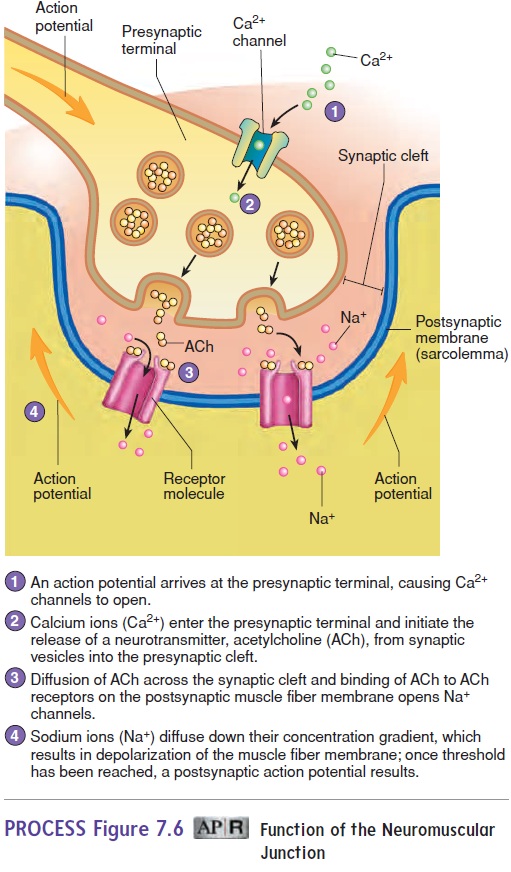 As a new ATP molecule attaches to the head of the myosin molecule, the cross-bridge is released, the ATP breaks down to ADP and P (which both remain bound to the myosin head), and the myosin head returns to its original position, where it can attach to the next site. As long as Ca2+ remains attached to tro-ponin, and as long as ATP remains available, the cycle of cross-bridge formation, movement, and release repeats (figure 7.9). A new ATP must bind to myosin before the cross-bridge can be released. After a person dies, ATP is not available, and the cross-bridges that have formed are not released, causing the muscles to become rigid. This condition is called rigor mortis (rig′er m̄o r′tis; stiffness + death). 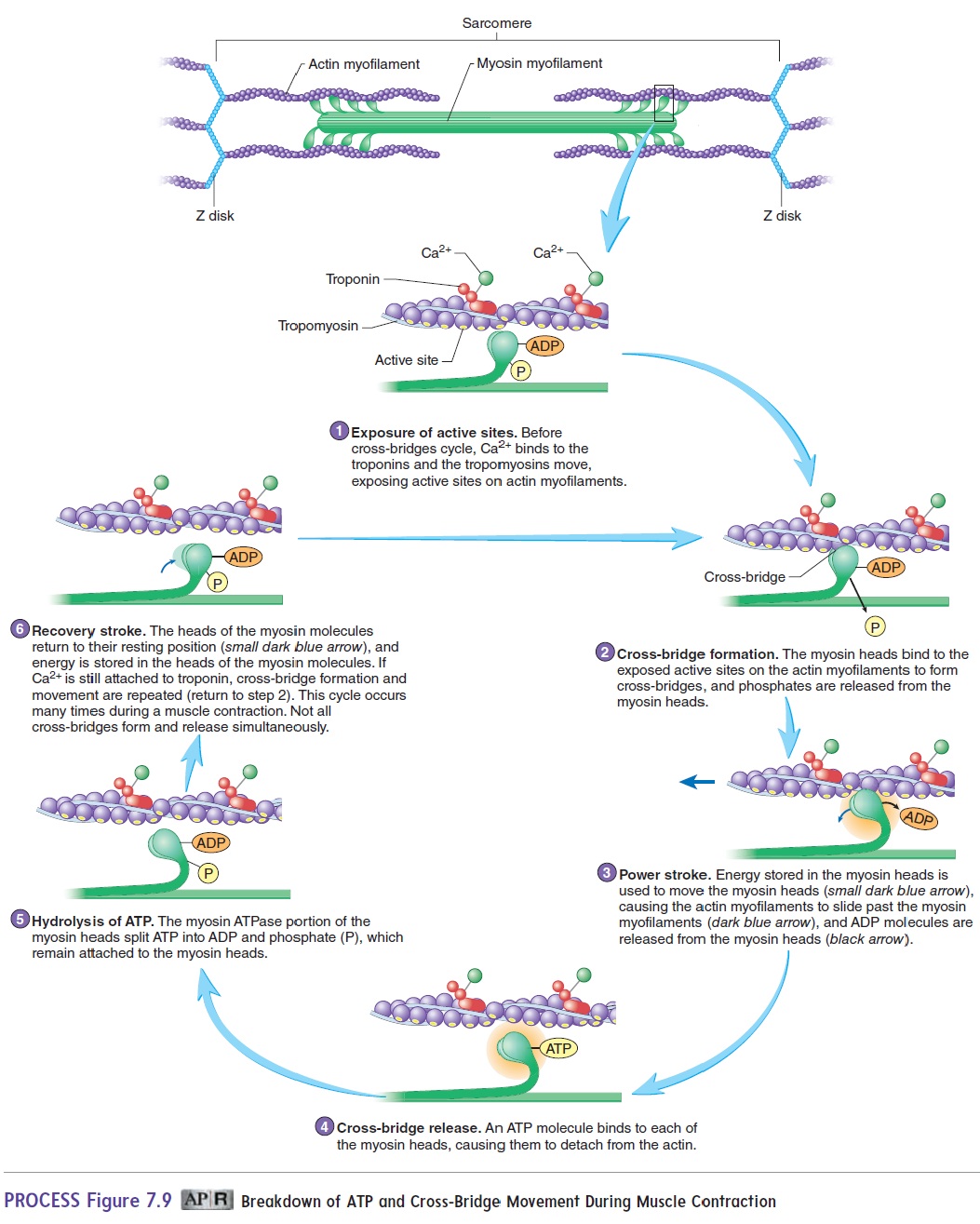 Muscle relaxation occurs as Ca2+ is actively transported back into the sarcoplasmic reticulum (a process that requires ATP). As a consequence, the attachment sites on the actin molecules are once again covered by tropomyosin so that cross-bridges cannot reform. 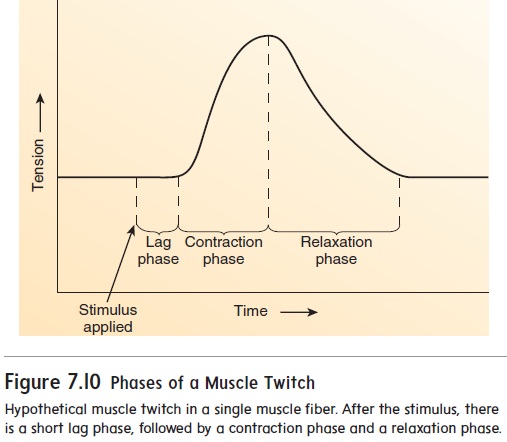 The contraction phase results from cross-bridge movement and cycling (see figure 7.9, steps 3–6), which increases the tension produced by the muscle fibers (see figure 7.10).

During the relaxation phase, Ca2+ is actively transported back into the sarcoplasmic reticulum. As Ca2+ diffuses away from the troponin molecules, tropomyosin molecules once again block the attachment sites. Cross-bridge formation is prevented, and the ten-sion produced by the muscle fibers decreases (see figure 7.10). 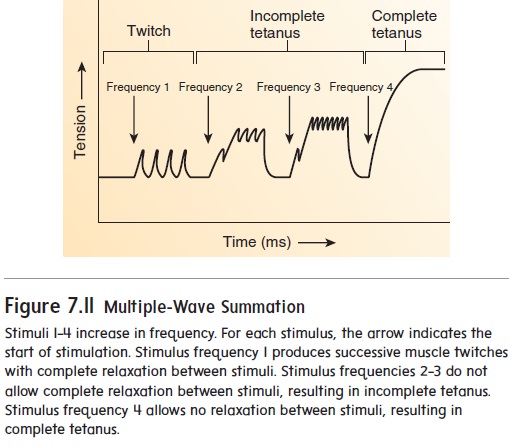 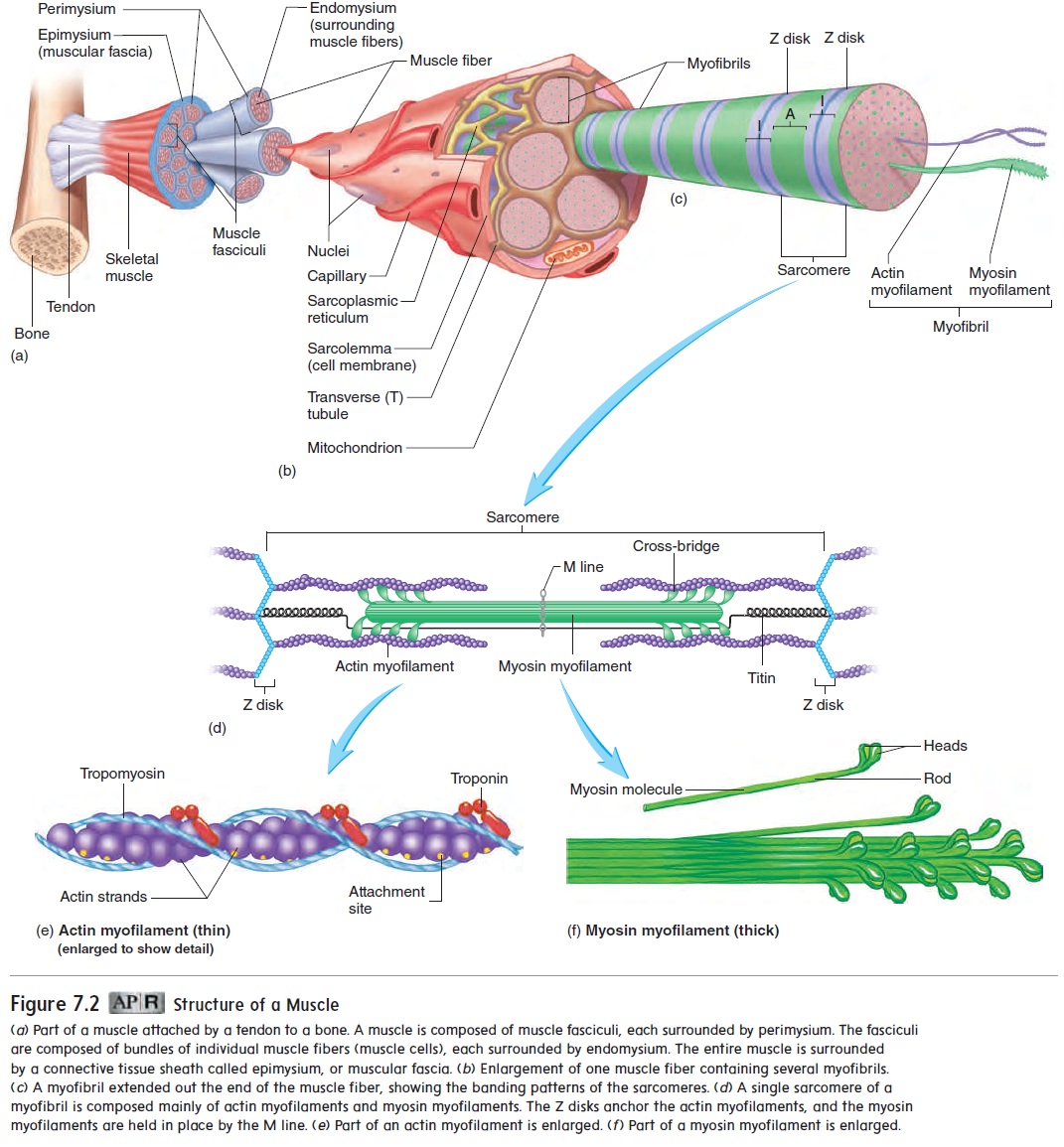