Depending on their altitude, orientation and rotation relative to the earth satellites can be categorized as 1. Geostationary satellite 2. Polar Orbiting or Sun-Synchronous satellite 3. Spy satellite

Satellite orbits are designed according to the capacity and objective of the sensors they carry. Depending on their altitude, orientation and rotation relative to the earth satellites can be categorized as

Geostationary Satellite is an equatorial west to east satellite orbiting the earth at an altitude of 35000 km, the altitude at which it makes on revolution in 24 hours. These platforms are covering the same place and give continuous near hemispheric coverage over the same area day and night. These satellites are put in equatorial plane orbiting from west to east. Its coverage is limited to 70°N to 70°S latitudes and one satellite can view one-third globe. These are mainly used for communication and meteorological applications viz. GOES, METEOSAT, INTELSAT, and INSAT satellites. On June 19, 1981 India launched its first geostationary satellite called APPLE. It was an experimental communication satellite launched by the Indian Space Research Organisation (ISRO).

APPLE being tested on a bullock cart 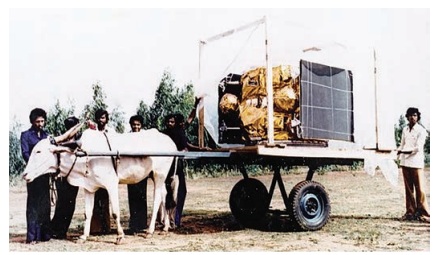 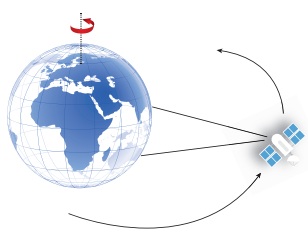 India is the only one country which has reached to the mars in its first attempt.

As the satellite orbits the Earth from pole to pole, its east-west position would not change if the Earth did not rotate. However, as seen from the Earth, it seems that the satellite is shifting westward because the Earth is rotating (from west to east) beneath it. This apparent movement allows the satellite swath to cover a new area with each pass. All the remote sensing resource satellites may be grouped in this category. Few of these satellites are LANDSAT series, SPOT series, IRS series, NOAA SEASAT, TIROS, HCMM, SKYLAB, and SPACE SHUTTLE etc. 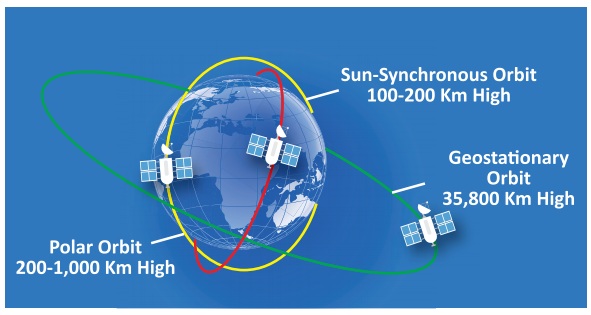 Spy satellites are observational platforms that orbit the Earth in order to image its surface and to record radio signals for military and political purposes. They transmit their data to Earth, where it is interpreted by specialists in centralised, secretive facilities such as the U.S. National Photographic Interpretation Centre in Washington, D.C. Spy satellites have been essential not only to military operations and the formation of national policy but to the verification of arms control treaties such as SALT I, SALT II, etc.

The four basic types of spy satellite are: (1) photo reconnaissance systems that take pictures in visible and infrared light, (2) infrared telescopes designed to detect missile launches, (3) radars that image sea or land even through cloud cover and in darkness, and (4) signals intelligence (SIGINT) satellites (also termed "ferrets"), which are optimised either for characterising ground-based radar systems or for eavesdropping on communications. Sometimes photo reconnaissance and SIGINT functions are combined in single, massive platforms such as the U.S. Keyhole-series satellites.

Although a number of nations have launched spy satellites, the U.S. and the Soviet Union are responsible for by far the greatest number. The Russian Federation, which inherited most of the Soviet Union's space system after 1991, has been unable to afford the cost of adequately updating its spy satellite network. In contrast, the U.S. has continued to deploy ever-more-sophisticated systems in a steady stream. Thus, the majority of spy satellites in orbit today, including all the most capable units, are U.S.-owned. Early U.S. Spy Satellites: Corona, MIDAS, SAMOS. 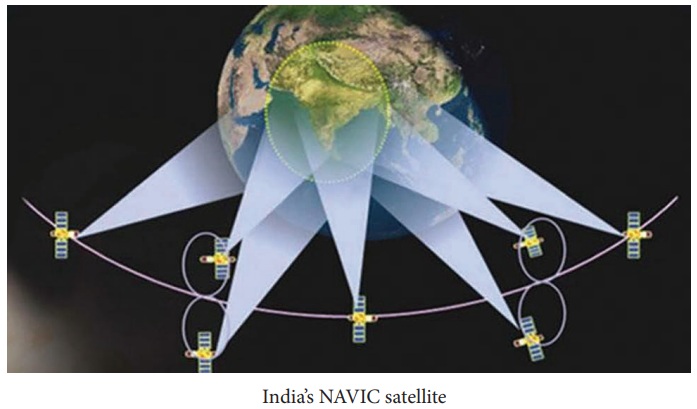 The Gaofen 4 is the world's most powerful GEO spy satellite (launched in 2015) which can provide instant coverage of earthquake or typhoon hit areas to support humanitarian relief. It will also allow China to monitor strategic foreign sites such as WMD facilities and naval bases inside its observation box.