This nervous system of Toad requires a central coordinationarrangement to conduct different organs efficiently. The nervous system an endocrine or hormone system conducts controls and coordinates all the activities of the body of toad.

The nervous system of toad, can be divided into three main divisions based on the origin, structure, distribution and functions.

The brain of toad is elongated. The middle part is thick and two ends a n-arrow and bi-laterally syrumetrical. The brain is covered by two membrane The outer thick, hard, translucent and blood vessels enriched membrane called dura matter and the inner thin membrane is called pia matter. These two membranes together are called meninges. Meninges cover the brain and spinal cord protects them. 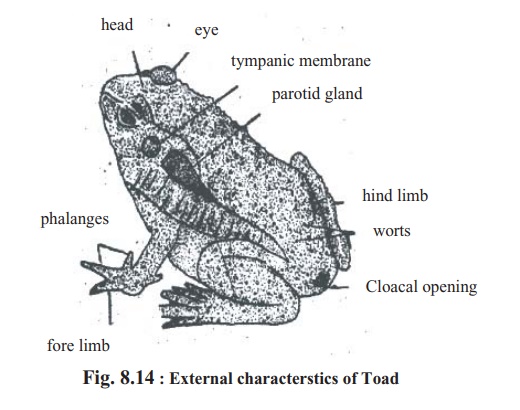 The brain and spinal cord of vertebrate animals are not solid. In its inner Part there are hollow cavities or brain ventricles. The brain cavities remain filled up with a kind of fluid.