The rate law is

Where k is the rate constant, and x is the order of the reaction. The above equation is a differential equation, -d[A]/dt so it gives the rate at any instant. However, using the above expression, we cannot answer questions such as how long will it take for a specific concentration of A to be used up in the reaction? What will be the concentration of reactant after a time ‘ t ’?. To answer such questions, we need the integrated form of the above rate law which contains time as a variable.

Rate law can be expressed as

Where, k is the first order rate constant.

Integrate the above equation between the limits of time t = 0 and time equal to t, while the concentration varies from the initial concentration [A0 ] to [A] at the later time. 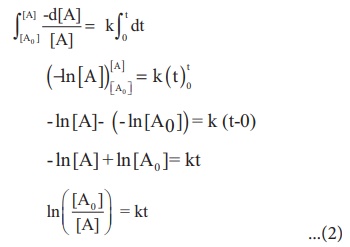 This equation is in natural logarithm. To convert it into usual logarithm with base 10, we have to multiply the term by 2.303. 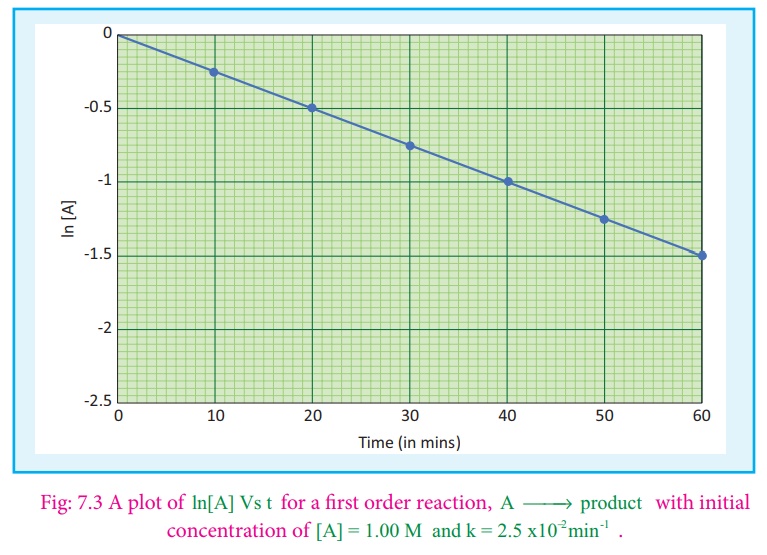 If we follow the reaction by measuring the concentration of the reactants at regular time interval‘t’, a plot of ln[A] against ‘t’ yields a straight line with a negative slope.From this, the rate constant is calculated.

Examples for the first order reaction

(i) Decomposition of dinitrogen pentoxide

(iv) Isomerisation of cyclopropane to propene.

Now, we can define k [H2O] = k' ; Therefore the above rate equation becomes 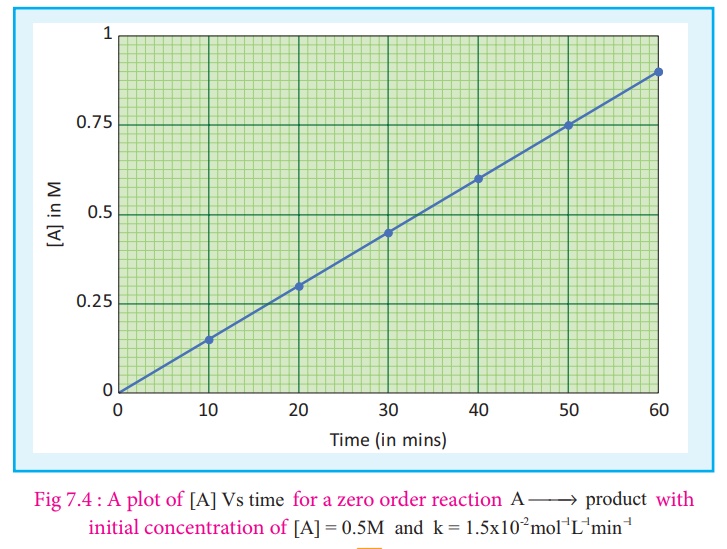 The rate law can be written as,

Integrate the above equation between the limits of [A0] at zero time and [A] at some later time 't', 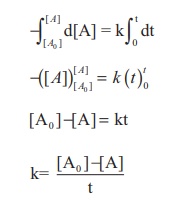 Equation (2) is in the form of a straight

Examples for a zero order reaction:

1. Photochemical reaction between H2 and I2

3. Iodination of acetone in acid medium is zero order with respect to iodine.