This theory is based on the kinetic theory of gases. According to this theory, chemical reactions occur as a result of collisions between the reacting molecules.

Collision Theory was proposed independently by Max Trautz in 1916 and William Lewis in 1918. This theory is based on the kinetic theory of gases. According to this theory, chemical reactions occur as a result of collisions between the reacting molecules. Let us understand this theory by considering the following reaction. 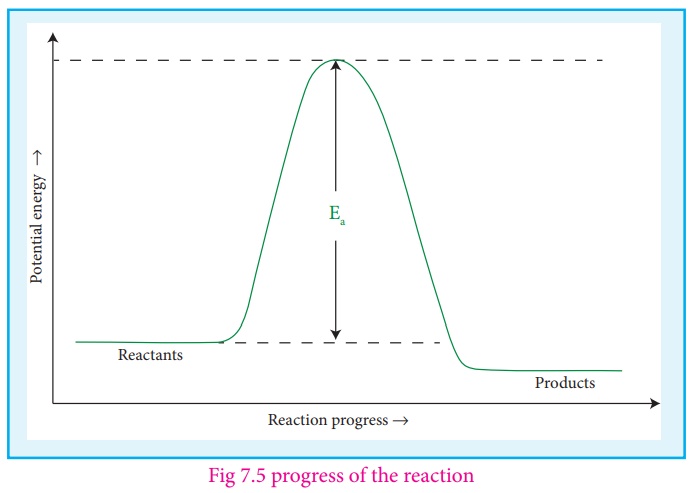 If we consider that, the reaction between A2 and B2 molecules proceeds through collisions between them, then the rate would be proportional to the number of collisions per second.

The number of collisions is directly proportional to the concentration of both A2 and B2 .

Where, Z is a constant.

The collision rate in gases can be calculated from kinetic theory of gases. For a gas at room temperature (298K) and 1 atm pressure, each molecule undergoes approximately 109 collisions per second, i.e., 1 collision in 10-9 second. Thus, if every collision resulted in reaction, the reaction would be complete in 10-9 second. In actual practice this does not happen. It implies that all collisions are not effective to lead to the reaction. In order to react, the colliding molecules must possess a minimum energy called activationn energy. The molecules that collide with less energy than activation energy will remain intact and no reaction occurs.

Fraction of effective collisions (f) is given by the following expression 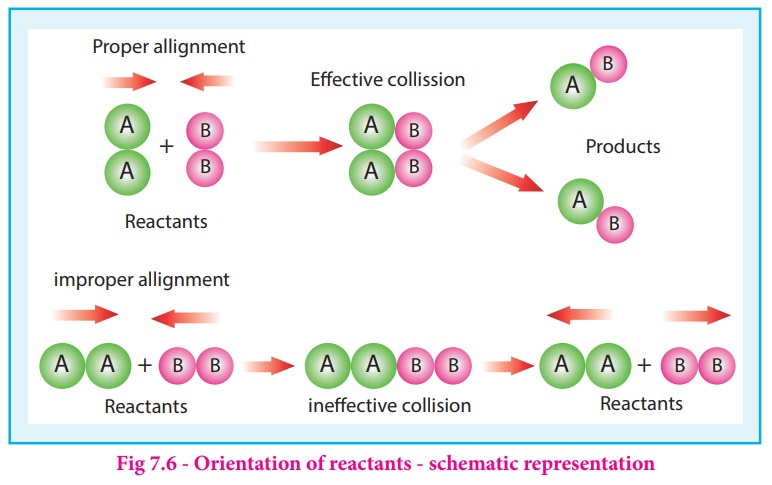 The figure 7. 6 illustrates the importance of proper alignment of molecules which leads to reaction.

The fraction of effective collisions (f) having proper orientation is given by the steric factor p.

Where k is the rate constant