All grains have the same basic structure.

A cereal is any grass cultivated for the edible components of its grain (botanically, a type of fruit called a caryopsis), composed of the endosperm, germ and bran. The ease with which grains can be produced and stored together with the relatively low cost and nutritional contribution has resulted in widespread use of cereal foods. They are the staple foods in the diets of most population groups. Millets are hardy plants capable of growing in areas where there is low rainfall and poor irrigation facilities.

All grains have the same basic structure. The seedcoat consists of an epidermis (outer layer) and several inner layers. Just underneath the seedcoat is the aleurone layer, which contains oils, and other nutrients like minerals, proteins and vitamins. The seedcoat and aleurone make up the outer layer called the bran, which represents about 13 percent of the grain. The aleurone layer surrounds the endosperm, which is the largest part of the grain (usually about 85 percent). The endosperm consists of storage cells containing starch granules embedded in a matrix of protein. The germ is the sprouting section of the grain. In wheat, it comprises only about 2 percent of the seed, but contains 65 percent of the B group vitamins and 33% of oil. 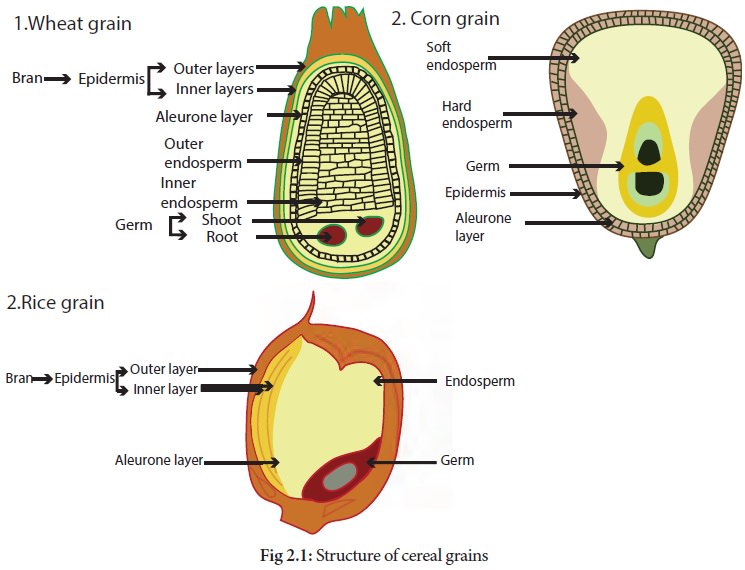