Structure of The GPS Navigation Data

STRUCTURE OF THE GPS NAVIGATION DATA

Structure of GPS navigation data (message) is shown in Fig. 7. The user has to decode the data signal to get access to the navigation data. For on line navigation purposes, the internal processor within the receiver does the decoding. Most of the manufacturers of GPS receiver provide decoding software for post processing purposes. With a bit rate of 50 bps and a cycle time of 30 seconds, the total information content of a navigation data set is 1500 bits. The complete data frame is subdivided into five subframes of six-second duration comprising 300 bits of information. Each subframe contains the data words of 30 bits each. Six of these are control bits. The first two words of each subframe are the Telemetry Work (TLM) and the C/A-P-Code Hand over Work (HOW). The TLM work contains a synchronization pattern, which facilitates the access to the navigation data. Since GPS is a military navigation system of US, a limited access to the total system accuracy is made available to the civilian users. The service available to the civilians is called Standard Positioning System (SPS) while the service available to the authorized users is called the Precise Positioning Service (PPS). Under current policy the accuracy available to SPS users is 100m, 2D- RMS and for PPS users it is 10 to 20 meters in 3D. Additional limitation viz. Anti-Spoofing (AS), and Selective Availability (SA) was further imposed for civilian users. Under AS, only authorized users will have the means to get access to the P-code. By imposing SA condition, positional accuracy from Block-II satellite was randomly offset for SPS users. Since May 1, 2000 according to declaration of US President, SA is switched off for all users.

The navigation data record is divided into three data blocks:

Data Block I appears in the first subframe and contains the clock coefficient/bias.

Data Block II appears in the second and third subframe and contains all necessary parameters for the computation of the satellite coordinates.

Unlike the first two blocks, the subframe four and five are not repeated every 30 seconds.

International Limitation of the System Accuracy

The GPS system time is defined by the cesium oscillator at a selected monitor station. However, no clock parameter are derived for this station. GPS time is indicated by a week number and the number of seconds since the beginning of the current week. GPS time thus varies between 0 at the beginning of a week to 6,04,800 at the end of the week. The initial GPS epoch is January 5, 1980 at 0 hours Universal Time. Hence, GPS week starts at Midnight (UT ) between Saturday and Sunday. The GPS time is a continuous time scale and is defined by the main clock at the Master Control Station (MCS). The leap seconds is UTC time scale and the drift in the MCS clock indicate that GPS time and UTC are not identical. The difference is continuously monitored by the control segment and is broadcast to the users in the navigation message. Difference of about 7 seconds was observed in July, 1992. 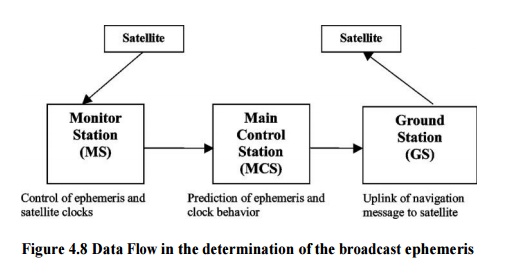 Figure 4.8 Data Flow in the determination of the broadcast ephemeris