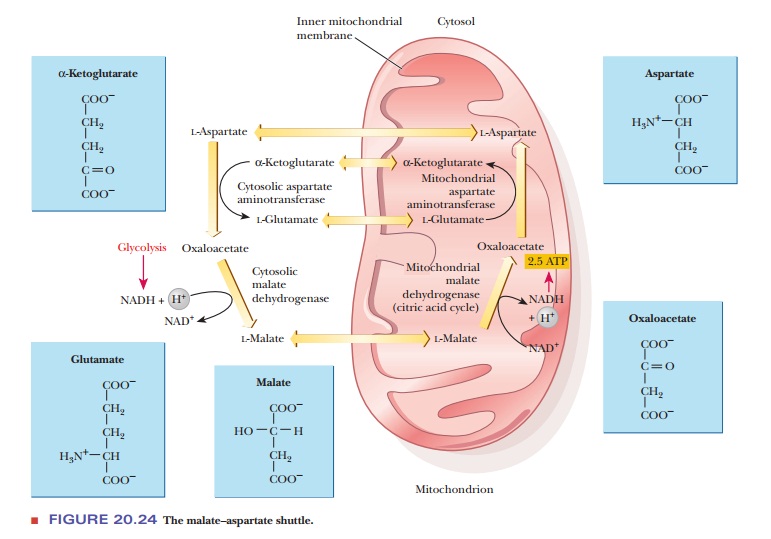 How do shuttle mechanisms differ from one another?

NADH is produced by glycolysis, which occurs in the cytosol, but NADH in the cytosol cannot cross the inner mitochondrial membrane to enter the electron transport chain. However, the electrons can be transferred to a carrier that can cross the membrane. The number of ATP molecules generated depends on the nature of the carrier, which varies according to the type of cell in which it occurs.

How do shuttle mechanisms differ from one another?

One carrier system that has been extensively studied in insect flight muscle is the glycerol–phosphate shuttle. This mechanism uses the presence on the outer face of the inner mitochondrial membrane of an FAD-dependent enzyme that oxidizes glycerol phosphate.

The glycerol phosphate is produced by the reduction of dihydroxyacetone phosphate; in the course of the reaction, NADH is oxidized to NAD+. In this reaction, the oxidizing agent (which is itself reduced) is FAD, and the product is FADH2 (Figure 20.23). The FADH2 then passes electrons through the electron transport chain, leading to the production of 1.5 moles of ATP for each mole of cytosolic NADH. This mechanism has also been observed in mammalian muscle and brain. 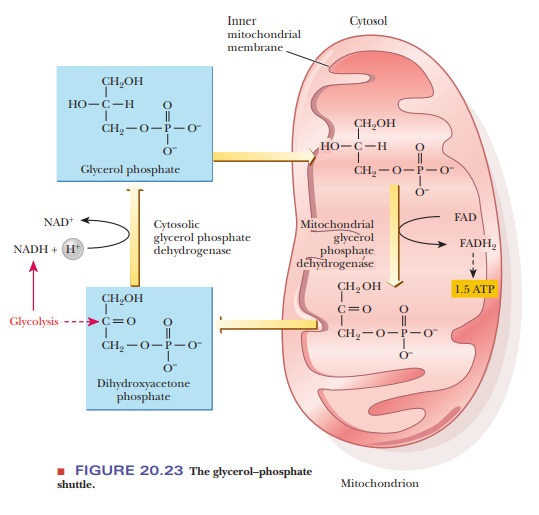 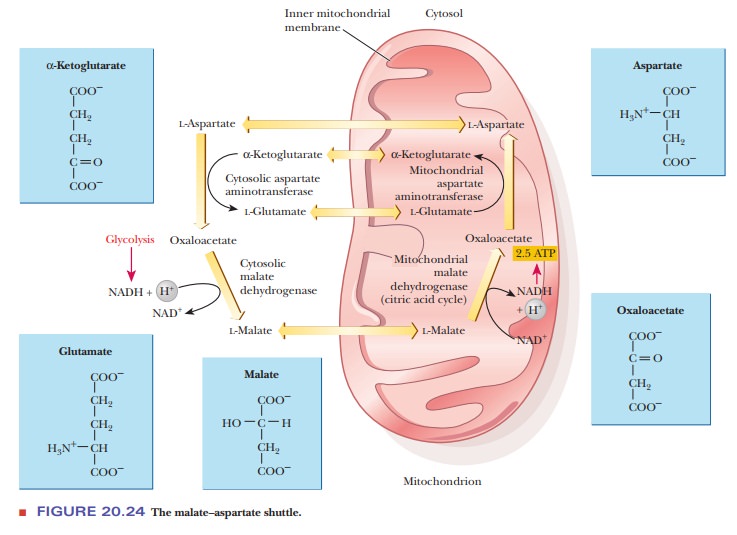 The NADH that is produced in the mitochondrion thus passes electrons to the electron transport chain. With the malate–aspartate shuttle, 2.5 moles of ATP are produced for each mole of cytosolic NADH rather than 1.5 moles of ATP in the glycerol–phosphate shuttle, which uses FADH2 as a carrier.

Shuttle mechanisms transfer electrons, but not NADH, from the cytosol across the mitochondrial membrane.

In the malate–aspartate shuttle, 2.5 molecules of ATP are produced for each molecule of cytosolic NADH, rather than 1.5 ATP in the glycerol– phosphate shuttle, a point that affects the overall yield of ATP in these tissues.