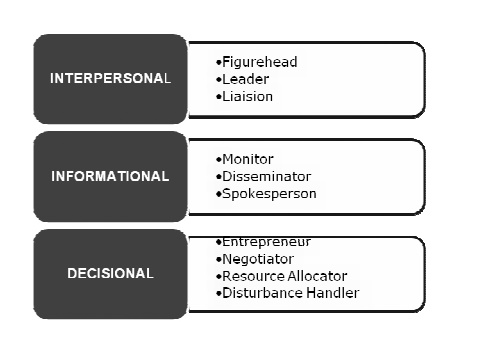 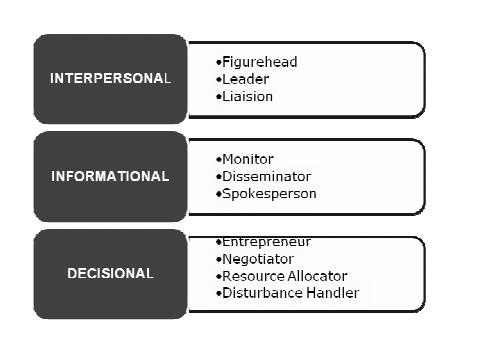 The ones that, like the name suggests, involve people and other ceremonial duties. It can be

Figurehead – The symbolic head of the organization.

Liaison – Maintains the communication between all contacts and informers that compose the organizational network.

Monitor – Personally seek and receive information, to be able to understand the organization.

Disseminator – Transmits all import information received from outsiders to the members of the organization.

Spokesperson – On the contrary to the above role, here the manager transmits the organization’s plans, policies and actions to outsiders.

Roles that revolve around making choices.

Entrepreneur – Seeks opportunities. Basically they search for change, respond to it, and exploit it.

Resource Allocator – Makes or approves all significant decisions related to the allocation of resources.

According to Harold Koontz, “Management is an art of getting things done through and with the people in formally organized groups. It is an art of creating an environment in which people can perform and individuals and can co-operate towards attainment of group goals”.