Viruses, natural parasites that efficiently enter cellular targets and hijack cellular machinery for propagation, are currently the most effective vectors for gene therapy.

Viruses, natural parasites that efficiently enter cellular targets and hijack cellular machinery for propagation, are currently the most effective vectors for gene therapy. Approximately 70% of all gene therapy clinical trials employ viral vectors (Table 4). Many viruses with divergent properties have been devel-oped for gene transfer. Retroviruses, adenoviruses and adeno-associated viruses (AAVs) are the most extensively studied to date. Characteristics of each are summarized in Table 5.

Retroviruses are 80 to 100 nm in diameter and contain two copies of a single-stranded RNA genome, 7 to 11 killobases (kb) in length. Within the capsid, the RNA is in close association with reverse transcriptase (RT), integrase (IN), and protease (PR) enzymes, necessary for virus replication (Fig. 5A). These elements are surrounded by a shell of nucleocapsid (NC) proteins enclosed in the capsid matrix (MA), which forms the core of the retroviral particle. The protein capsid is surrounded by a protein-lipid envelope derived from the host cell membrane. Embedded within this lipid bilayer are transmembrane (TM) and surface (SU) glycoproteins. 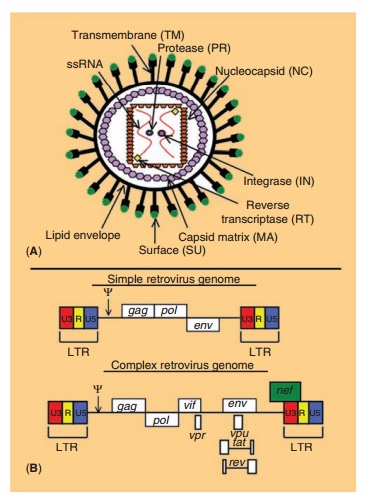 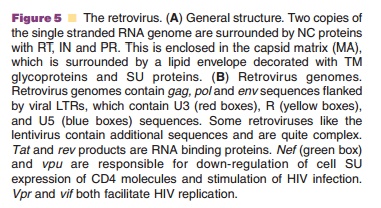 Retroviruses are commonly divided into two categories based upon the complexity of their genome. Simple retroviruses possess three major genes:gag (responsible for production of core pro-teins), pol (responsible for virus replication and integration) and env (responsible for production of envelope proteins), while complex retroviruses like the lentivirus, contain genes for virus replication and evasion of the host immune response (Fig. 5B). During replication, RT converts the viral RNA to linear double-stranded DNA that integrates into the host genome with the help of the viral IN. The integrated construct, the provirus, will later undergo transcrip-tion and translation as cellular genes do to produce viral genomic RNA and mRNA encoding viral proteins. Virus particles then assemble in the cyto-plasm and bud from the host cell to infect other cells (Fig. 6). 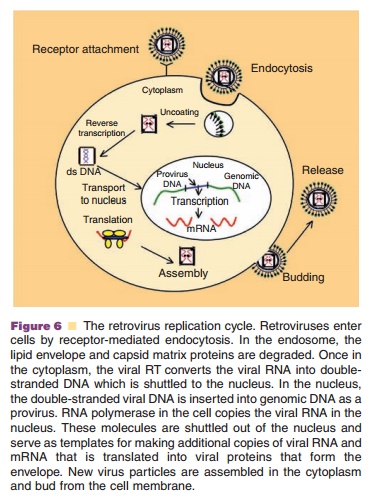 Suitability of Retroviruses as Vectors for Gene Transfer

Retroviruses have many attributes that make them attractive for gene transfer applications (Table 5). They can accommodate transgene cassettes of 8 kb. They are capable of producing stable, long-term transgene expression in dividing cells, due to their ability to integrate into the host genome. “Pseudotyping,” a process in which the SU glyco-proteins are replaced with those from unrelated viruses such as vesicular stomatitis virus or Ebola virus, has significantly expanded the number of cell types capable of being transduced by these vectors (Cronin, 2005). This also improves the physical stability of the retrovirus particle. Retrovirusescannot, however, transduce non-dividing cells, which are often targets for many gene transfer applications. The ability of the virus to randomly integrate in transcriptionally active regions of genomic DNA in a manner that may disrupt normal cellular processes has limited their clinical use. In addition, current methods of virus production generate preparations in which the virus titer is very low (1 105–1 107active virus particles/mL). Virus particles are generally unstable, making concentration of preparations to reasonable volumes for clinical use difficult. Retroviruses are also rapidly removed from the systemic circulation in response to cellular proteins incorporated in the viral envelope during the budding process. Despite these shortcomings, retroviral vectors have been used to treat monogenetic hereditary disorders with some success.

Clinical Use of Retroviral Vectors

Approximately 23% of the currently active clinical trials employ retroviral vectors for gene transfer (Table 4). The Moloney murine leukemia virus (MoMLV), one of the most thoroughly characterized retroviruses, was the first viral vector to be used in the clinic for the treatment of ADA severe combined immunodeficiency (ADA–SCID), a disease caused by abnormal purine catabolism, which prohibits the expansion of lymphocytes (1990; Blackburn, 2005). MoMLV expressing recombinant ADA was used to transduce mature T-cells ex vivo. Sustained engraft-ment of cells has been documented 10 years after the last infusion and no severe adverse effects from this therapy have been reported.

One of the most promising clinical trials employ-ing retroviruses was for the treatment of a rare form of X-linked severe combined immunodeficiency (SCID-X1) (Cavazzana-Calvo, 2000; Hacein-Bey-Abina, 2002). MoMLV expressing the g-interleukin receptor was used to transduce hematopoietic stem cells ex vivo. This treatment could reconstitute the immune systems of each patient such that they are no longer living in isolated environments. However, an un-controlled T-cell lymphoproliferative syndrome was reported in 3 of 10 patients enrolled in the trial (Hacein-Bey-Abina, 2003). Although chemotherapy was initiated at the time of diagnosis, one of these patients died. In 2 of the 3 cases, the retrovirus integrated in cellular DNA near the LIM domain only 2 (LMO2) promoter, an oncogenic promoter in T-cells (Nam, 2006), during a time when the children contracted chicken pox, which initiated T-cell pro-liferation that did not subside (Hacein-Bey-Abina, 2003). As a result, the U.S. Food and Drug Administration (FDA), the Gene Therapy Advisory Committee (GTAC) and Committee of Safety of Medicine in the United Kingdom have declared that this approach should not be first line therapy for SCID-X1, but should be considered in the absence of other therapeutic options (Kaiser, 2005; Secretariat, 2005).

Suitability of Lentiviruses as Vectors for Gene Transfer

Lentiviruses, like HIV, are specialized retroviruses that can infect non-dividing cells. The ability to efficiently infect neurons, hepatocytes, macrophages and hema-topoietic stem cells has increased the popularity of this virus as a gene transfer vector. Although lentiviruses can integrate in the host genome, their integration sites are significantly more restricted than for other retro-viruses. While this minimizes the risk of insertional mutagenesis, a primary concern for the clinical use of lentiviruses is the potential for recombination and production of replication-competent viruses. Development of self-inactivating vectors that containdeletions within the 30 LTR, eliminating transcription of the packaging signal to prevent virus assembly has significantly improved the safety profile of lentiviruses.

Clinical Use of Lentiviral Vectors

Because of the perceived risks associated with use of lentivirises, clinical trials with these vectors were not initiated until 2003. Most are for treatment of HIV infection in HIV positive subjects (Dropulic, 2006). In each of these trials, the lentivirus is delivered to autologous peripheral blood mononuclear cells ex vivo. One of the lessons learned from the clinic is that limited transduction efficiency of the virus stems from the low concentration of the final purified product. Long-term gene expression of the virus is compromised by the immune response to serum and other cell culture reagents used during virus produc-tion as well as cellular proteins incorporated during budding from producer cell lines. Thus, large-scale production processes capable of generating highly purified, concentrated retroviral preparations are needed.

Production and Processing of Recombinant Retroviruses

Replication defective recombinant retroviruses are propagated in genetically engineered packaging cell lines created by transfection with plasmids that contain gag and pol genes (Zhang, 2006). These cells are transfected with a second plasmid that contains viral LTRs, packaging sequences and the transgene cassette. In pseudotyping strategies, env genes are not expressed in packaging cells. Instead, sequences for SU proteins of unrelated viruses are cloned in a separate plasmid that does not share sequence homology with gag and pol genes, making production of a panel of vectors with different tissue specificities easy. Retrovirus packaging cell lines have been derived from either NIH-3T3 mouse fibroblasts or 293T human embryonic kidney cells. Use of non-human cell lines provokes immune recognition of cellular components incorporated in the virus envel-ope during budding. Thus, several other human-derived packaging cell lines such as AM12, y-CRIM and PG13 have also been used (Merten, 2004). Under optimized conditions, packaging cell lines can be maintained in a functional state for approximately 4 weeks.

Retroviral vectors have been routinely produced in adherent cell monolayers grown in T flasks or roller bottles. Culture media is collected and directly added to cells ex vivo. The quantity of active virus produced in this manner is extremely low, as indicated by the large volumes of supernatant used for clinical trials (200–800 mL/patient) (Rodrigues, 2006). Retrovirus particles are unstable at 37˚C (t1/2~ 5–8 hours), the temperature at which the producer cells are main-tained. The presence of free cellular glycoproteins also inhibits transduction (Le Doux, 1998). Optimization of culture conditions and use of continuous feed bioreactors that permit removal of toxic materialsand collection of culture supernatants over time has greatly improved the quality of retroviral prepara-tions. To date, purification of retro-virus preparations for phase I clinical trials has been minimal at best and concentration of culture super-natants insufficient to meet the stringent quality standards required for in vivo therapy (Rodrigues, 2006). Centrifugation and microfiltration techniques are extremely useful for clarification of culture super-natants and removal of cellular debris (Segura, 2006). Ion-exchange, size exclusion and affinity chromato-graphy techniques have also been employed to remove excess salt, serum and low molecular weight contaminants also concentrated with the virus (Rodrigues, 2006).

Retrovirus preparations are commonly stored at –80˚C as culture supernatants prior to clinical use. Since the virus particles are fragile, consideration must be given to the formulation and storage conditions for highly purified, concentrated prepara-tions. Stability of the virus at all stages of the purification process must also be assessed to max-imize yield and performance. The impact of tempera-ture, pH and salt concentration on the physical stability of retroviral vectors has been described (Cruz, 2006; Rodrigues, 2006). Others have shown that the stability of retroviral vectors is also dictated by the type of packaging cell line, the cholesterol content in the virus envelope and proteins selected for pseudotyping (Beer, 2003; Merten, 2004; Cronin, 2005; Rodrigues, 2006). To date, very little work has been done in the area of formulation development and stability of retroviral vectors with additives that are suitable and approved for human use, making this an exciting area of research for the pharmaceutical scientist that is crucial to the development of these viruses as viable medicinal agents. 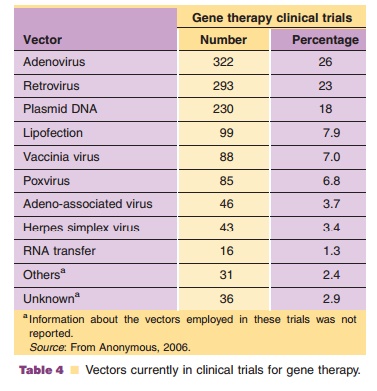 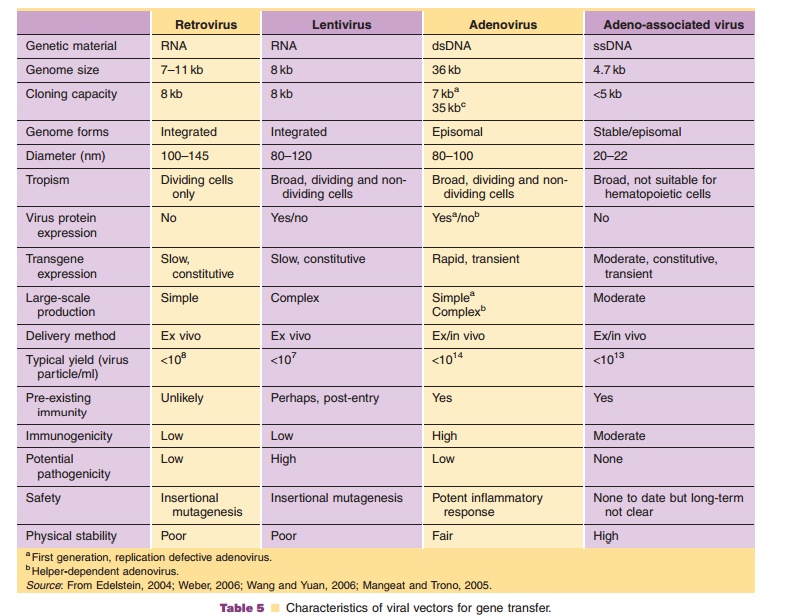