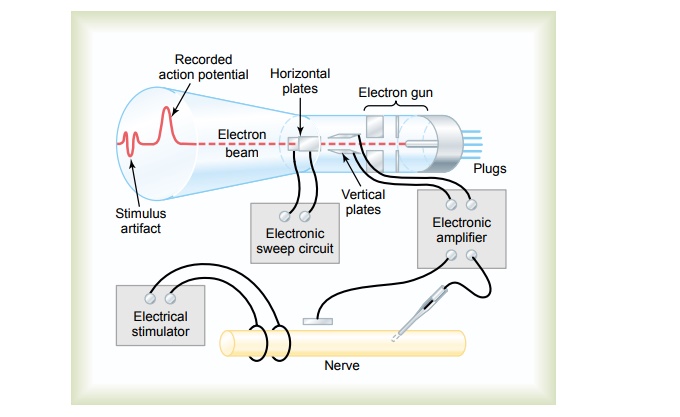 Cathode Ray Oscilloscope. Earlier, we noted that the membrane potential changes extremely rapidly during the course of an action potential. 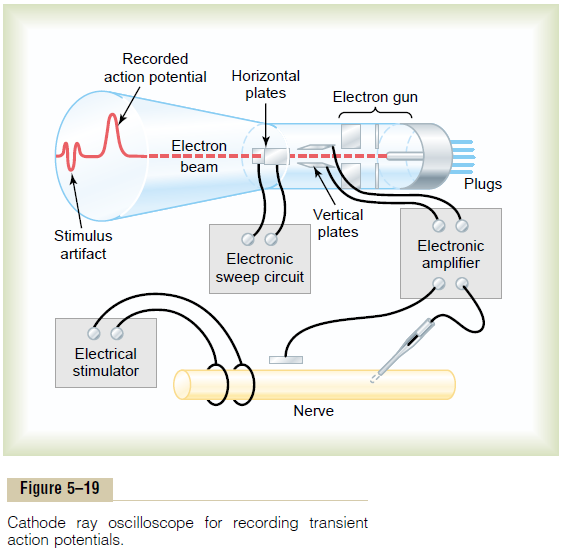 In addition to the electron gun and fluorescent surface, the cathode ray tube is provided with two sets of electrically charged plates—one set positioned on the two sides of the electron beam, and the other set posi-tioned above and below. Appropriate electronic control circuits change the voltage on these plates so that the electron beam can be bent up or down in response to electrical signals coming from recording electrodes on nerves. The beam of electrons also is swept horizontally across the screen at a constant time rate by an internal electronic circuit of the oscilloscope. This gives the record shown on the face of the cathode ray tube in the figure, giving a time base horizontally and voltage changes from the nerve electrodes shown vertically. Note at the left end of the record a smallstimulus arti-fact caused by the electrical stimulus used to elicit thenerve action potential. Then further to the right is the recorded action potential itself.