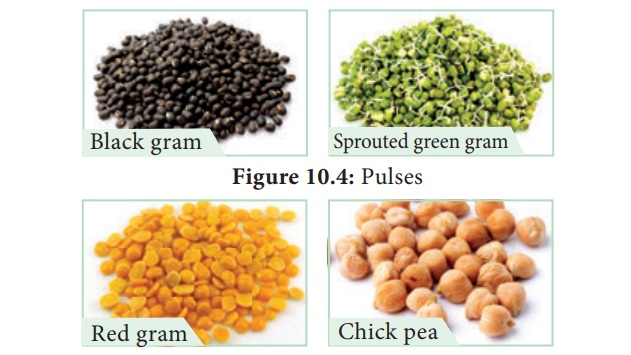 The word Pulse is derived from the Latin words ‘puls’ or ‘pultis’ meaning “thick soup”.

The word Pulse is derived from the Latin words ‘puls’ or ‘pultis’ meaning “thick soup”. Pulses are the edible seeds that are harvested from the fruits of Fabaceae. They provide vital source of plant-based protein, vitamins and minerals for people around the globe.

Black gram is native to India. Earliest archeobotanical evidences record the presence of black gram about 3,500 years ago. It is cultivated as a rain fed crop in drier parts of India. India contributes to 80% of the global production of black gram. Important states growing black gram in India are Uttar Pradesh, Chattisgarh and Karnataka.

Black gram is eaten whole or split, boiled or roasted or ground into flour. Black gram batter is a major ingredients for the preparation of popular Southern Indian breakfast dishes. Split pulse is used in seasoning Indian curries.

It is the only pulse native to Southern India. It is mainly grown in the states of Maharashtra, Andhra Pradesh, Madhya Pradesh, Karnataka and Gujarat.

Red gram is a major ingredient of sambar, a characteristic dish of Southern India. Roasted seeds are consumed either salted or unsalted as a popular snack. Young pods are cooked and consumed.

Green gram is a native of India and the earliest archaeological evidences are found in the state of Maharashtra. It is cultivated in the states of Madhya Pradesh, Karnataka and Tamil Nadu.

It can be used as roasted cooked and sprouted pulse. Green gram is one of the ingredients of pongal, a popular breakfast dish in Tamil Nadu. Fried dehulled and broken or whole green gram is used as popular snack. The flour is traditionally used as a cosmetic, especially for the skin.

Origin and Area of cultivation: It has originated in West Asia and was known in cultivation for more than 4,000 years in India. It is mainly grown in the states of Madhya Pradesh, Uttar Pradesh and Rajasthan.