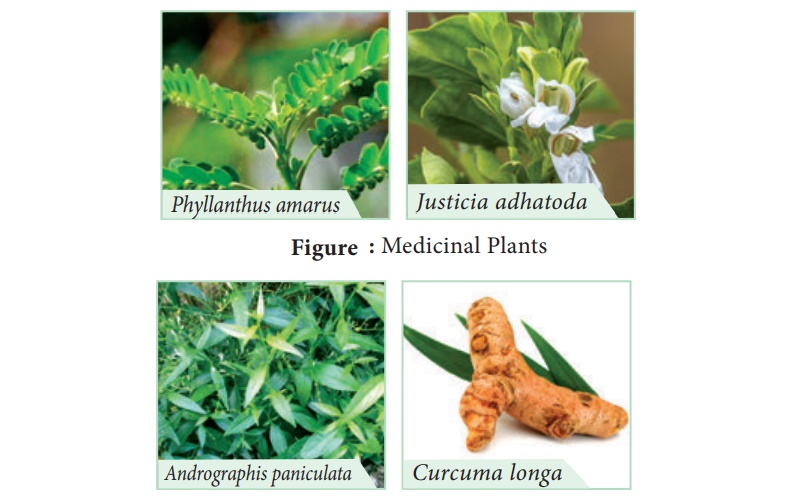 India is a treasure house of medicinal plants. They are linked to local heritage as well as to global-trade. All institutional systems in India primarily use medicinal plants as drug sources. At present, 90% collection of medicinal plants is from the non-cultivated sources. Growing demand for herbal products has led to quantum jump in volume of plant materials traded within and across the countries. Increasing demand exerts a heavy strain on the existing resources. Now efforts are being made to introduce cultivation techniques of medicinal plants to the farmers.

Medicinal plants play a significant role in providing primary health care services to rural and tribal people. They serve as therapeutic agents as well as important raw materials for the manufacture of traditional and modern medicines. Medicinally useful molecules obtained from plants that are marketed as drugs are called Biomedicines. Medicinal plants which are marketed as powders or in other modified forms are known as Botanical medicines. In this chapter you will be learning about a few medicinal plants that are commonly used in Tamil Nadu. All these plants are commonly available in and around dwelling places and can be easily cultivated in home gardens.

The plant is a native of Tropical American region and is naturalised in India and other tropical countries. It is not cultivated and is collected from moist places in plains. Phyllanthus maderspatensis is also commonly sold in the medicinal plant markets collected from non-forest are as keezhanelli.

Phyllanthus is a well-known hepato-protective plant generally used in Tamil Nadu for the treatment of Jaundice. Research carried out by Dr. S P Thyagarajan and his team from University of Madras has scientifically proved that the extract of P. amarus is effective against hepatitis B virus.

It is native to India and Srilanka. This species is not known in wild in Tamil Nadu but widely cultivated as a live fence and around temples.

Adhatoda possess broncho dilating property. The decoction is used in treating many bronchial disorders such as cough,cold and asthma. It is also used in treating fevers. The extract forms an ingredient of cough syrups.

Andrographis paniculata, known as the King of Bitters is traditionally used in Indian systems of medicines.

Andrographis is a potent hepatoprotective and is widely used to treat liver disorders.

Concoction of Andrographis paniculata and eight other herbs (Nilavembu Kudineer) is effectively used to treat malaria and dengue.

Origin and Area of Cultivation:

You have already studied the details under the spices. Active principle: Curcumin.

Curcumin (the yellow colouring principle is the major pharmacologically active compound of turmeric) is well known for its medicinal properties.

It is used to treat Alzheimer’s disease due to its property to cross over blood brain barrier. It has a very powerful anti- oxidant, anti-cancerous, anti- inflammatory, anti-diabetic, anti-bacterial, anti-fungal and antiviral properties. It is one of the traditional medicines used for wound healing.

In the above chapter you have learnt about plants that are used medicinally to treat various diseases. Phytochemicals / drugs from some of the plants alter an individual’s perceptions of mind by producing hallucination are known as psychoactive drugs. These drugs are used in all ancient culture especially by Shamans and by traditional healers. Here we focus on two such plants namely Poppy and Marijuana.

Opium is derived from the exudates of fruits of poppy plants. It was traditionally used to induce sleep and for relieving pain. Opium yields Morphine, a strong analgesic which is used in surgery. However, opium is an addiction forming drug.

Origin and Area of Cultivation:

Marijuana is native to China. States such as Gujarat, Himachal Pradesh, Uttarkand, Uttarpradesh and Madhaya Pradesh have legally permitted to cultivate industrial hemp/Marijuana

The active principle in Marijuana is trans-tetrahydrocanabinal (THC). It possess a number of medicinal properties. It is an effective pain reliever and reduces hypertension. THC is used in treating Glaucoma a condition in which pressure develops in the eyes. THC is also used in reducing nausea of cancer patients undergoing radiation and chemotherapy. THC provides relief to bronchial disorders, especially asthma as it dilates bronchial vessels. Because of these medicinal properties, cultivation of cannabis is legalized in some countries. However, prolonged use causes addiction and has an effect on individual’s health and society. Hence most of the countries have banned its cultivation and use. 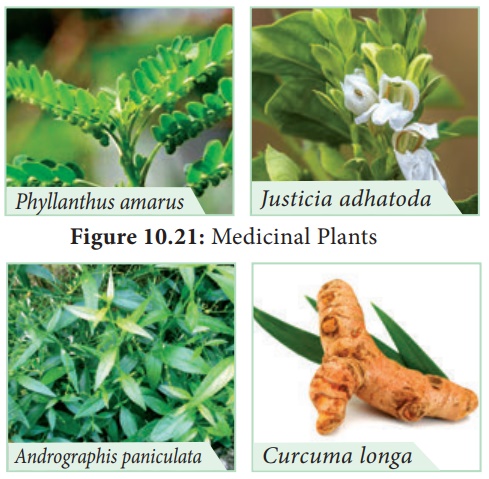 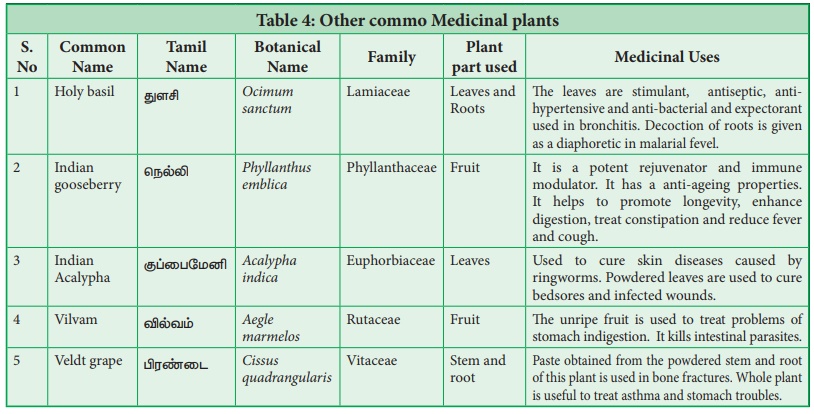