Proteomics has opened the door to identify more and more clinically relevant proteins.

Proteomics has opened the door to identify more and more clinically relevant proteins. Once identified, these proteins need to be studied in detail, including expression of the protein in model organisms by using recombinant DNA techniques. Some proteins will become therapeutic agents and large amounts of purified protein will be required.

Once a gene has been cloned, the protein it encodes can be produced in large amounts with relative ease. Some examples of such recombinant proteins are given in Table 10.1. Smaller, nonprotein molecules, which seem simpler to an organic chemist, would need half a dozen proteins (enzymes) working in series to synthesize them. Thus, paradoxically, proteins, despite being macromolecules, have been more susceptible to genetic engineering than simpler products such as antibiotics. Pathway engineering to produce small organic molecules will be discussed in the following chapter.

Expressing a gene for large-scale production brings extra problems compared to a laboratory setting. The more copies of a gene that a cell contains, the higher the level of the gene product. Thus cloning a gene onto a high-copy-number plasmid will usually give higher yields of a gene product. However, high-copy plasmids are often unstable, especially in the dense cultures used in industrial situations. Although the presence of antibiotic resistance genes on most plasmids provides a method to maintain the plasmid in culture, antibiotics are expensive, especially on an industrial scale. One solution to prevent plasmid loss is to integrate the foreign gene into the chromosome of the host cell. This, however, decreases the copy number of the cloned gene to one. Attempts have been made to insert multiple copies of cloned genes in tandem arrays. However, the presence of multiple copies results in instability due to recombination between homologous sequences of DNA. 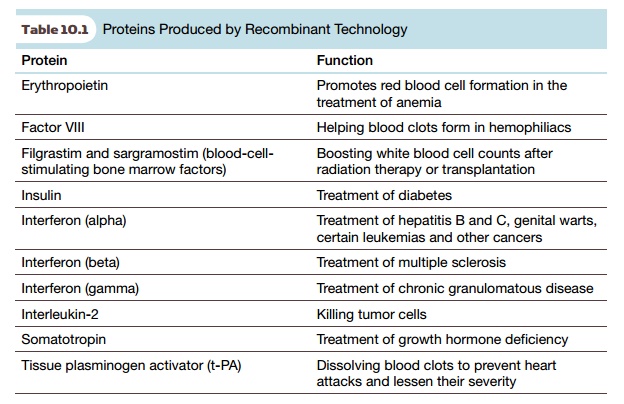