Properties of some Crystal Strucure 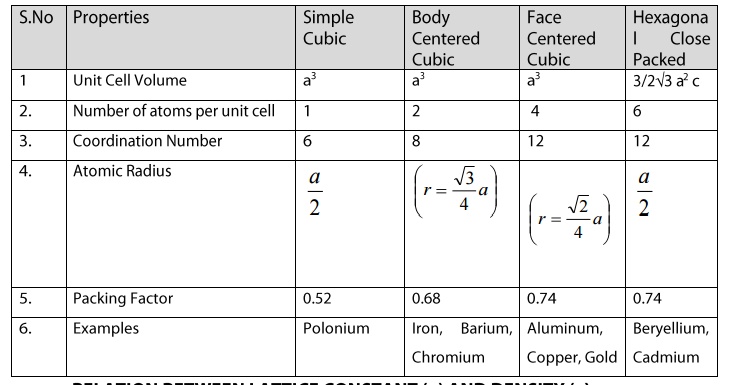 RELATION BETWEEN LATTICE CONSTANT (a) AND DENSITY(ρ)

Consider a cubic crystal of lattice constant a

Density of the crystal = ρ

Volume of the unit cell = a3

Number of atoms per unit = n

Atomic weight of the material = M

Avogadro’s number is the number of atoms per kg mole of the substance. 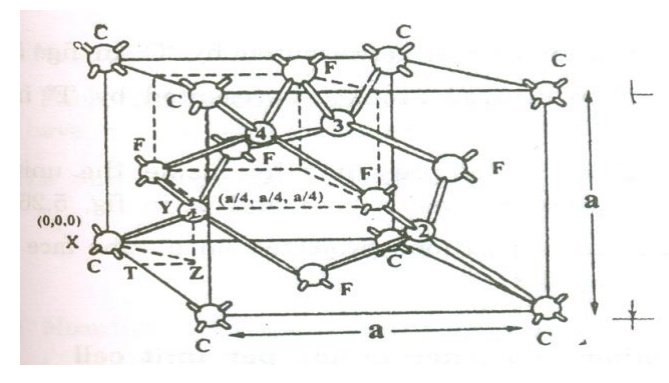 Thus from the figure we can see that diamond structure is formed due to the combination of two interpenetrating FCC sub lattices, having the origin (0,0,0) and (1/4,1/4,1/4) along the body diagonal. 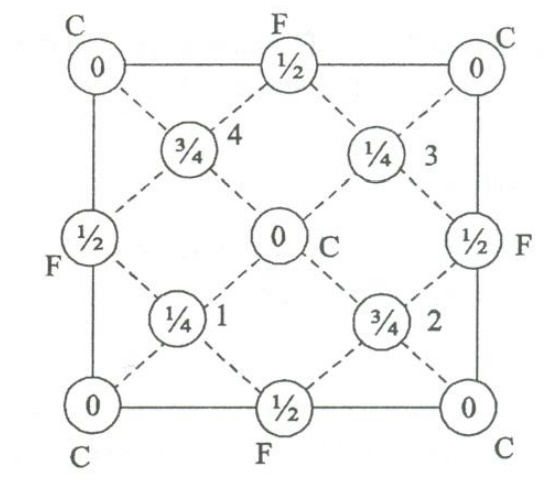 Each corner atom is shared by 8 unit cells. Similarly we have 8 corner atoms in an unit cell.

The number of corner atoms in an unit cell.

iii.  Number of atoms inside the unit cell

Inside the unit cell we have 4 atoms, represented by 1,2,3,4 in the figure which is shared by that particular unit cell alone.

We know atomic radius is defined as half the distance between any two nearest neighbor atoms, which have direct contact with each other.

From figure, we can see that the nearest two neighbors which have direct contact (shown by double line) are atoms'X' and'Y'.

Let us draw perpendicular to the Y atom, which meets the unit cell at a point'Z' as shown in the figure, which is a distance of a/4. 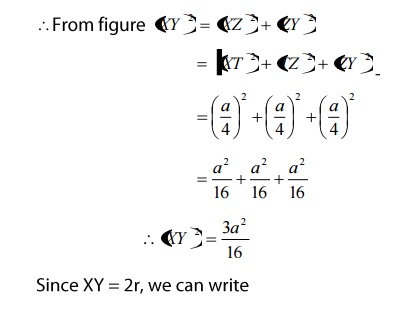 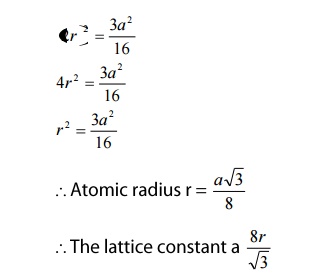 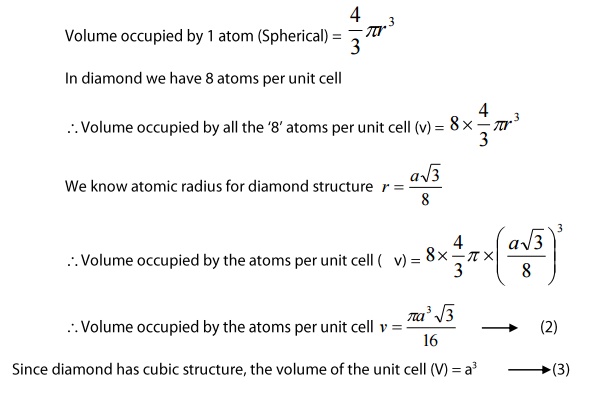 Thus we can say that 34% voulme of the unit cel in diamond cubic structure is occupied by the atoms and the remaining 66% volume is vacant.

Since the packing density is very low, it is termed as very loosely packed structure. Ionic solids are made up of cat ion(+ion) and anions (-ion). Genrally, the cations (+ ve) are smaller in size to anions.

Sodium choride and many other ionic crystals crystalline in rock slat structure which is also known as sodium chloride structure.

NaCl crystal has FCC structure with Na+ ion and cl ion as shown in the figure. 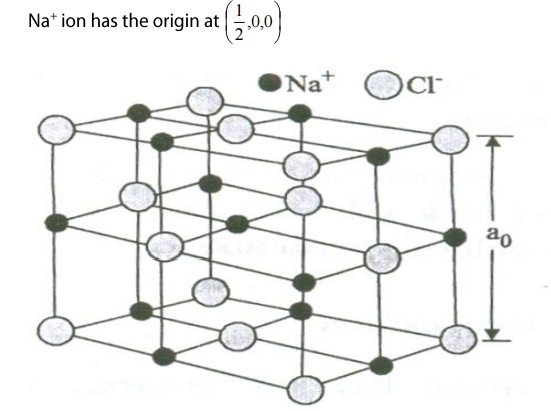 Let us discuss the important parameters of the NaCl crystal.

In NaCl structure, it has two types of ions namely, Na+ and Cl- . Let us find the number of sodium ions separately.

a. Number of Na+ ions per unit cell

Na+ ion is located at the midpoint of the axial length. There are 12 such mid points Na+ ions. Each sodium ion is shared by 4 adfacent unit cell.

One sodium ion is located at the center of the unit cell.

Therefore, the number of sodium ions per unit cell = 3+1=4 ions

b. Number of Cl- ions per unit cell

Here, there are two types of Cl- ion namely Corner Cl ion and face centered Cl ion as shown in the figure.

There are 8 chlorine atoms in the corners and they are shared by 8 adjacent unit cells.

The nearest neighbor distance is a/2 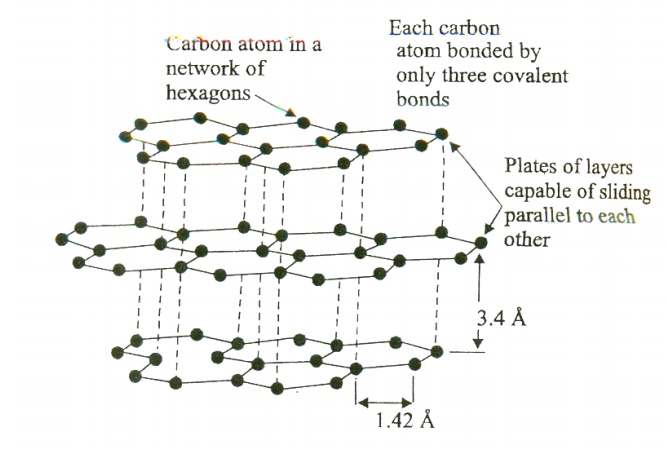