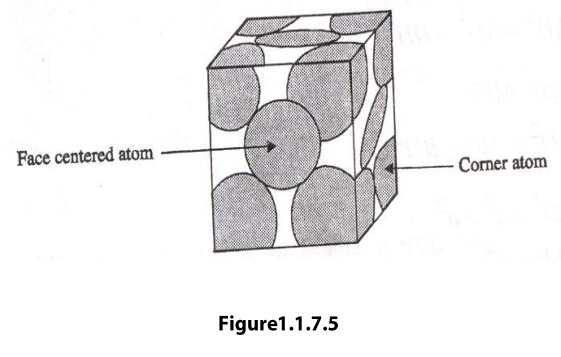 In addition, there are 6 atoms at the face centers of the cube. Each face-centered atom is shared by two surround unit cells. Hence, the number of face centered atoms in unit cell,

In this case, there are eight atoms at the eight corners of the unit cell and 6 atom at the center of the six faces.

For a body centered cubic unit cell, the atomic radius can be calculated from figure as follows. 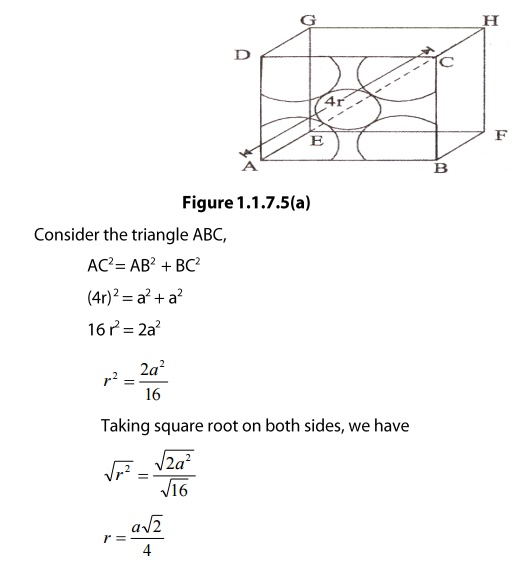 Number of atoms per unit cell = 4 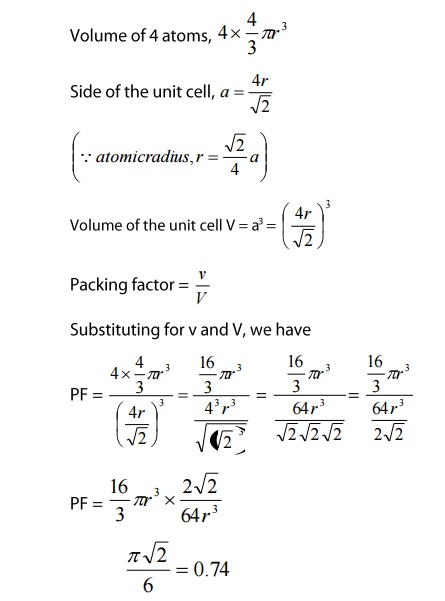 Thus the packing density is 74%.

Since the packing density is very high, the FCC structure has closely (or) tightly packed structure.