As already discussed, a single strand of DNA possesses a polarity resulting from the asymmetric deoxyribose-3’-phosphate-5’-de-oxyribose bonds along the backbone.

As already discussed, a single strand of DNA possesses a polarity resulting from the asymmetric deoxyribose-3’-phosphate-5’-de-oxyribose bonds along the backbone. Most DNA found in cells is double-stranded; a second strand is aligned antiparallel to the first strand and possesses a sequence complementary to the first. This self-complementary structure solves problems in replication because

the product of replication is two daughter molecules, each identical to one of its parents. As a result of the structural similarity between the parent and daughter duplexes, the mechanisms necessary for readout of the genetic information or replication of the DNA need not accom-modate multiple structures. Further, the redundancy of the stored information permits DNA with damage in one strand to be repaired by reference to the sequence preserved in the undamaged, complementary strand.

As is often the case in biology, numerous illustrative exceptions to the generalizations exist. Single-stranded DNA phage exist. These use a double-stranded form for intracellular replication but encapsidate only one of the strands. Apparently, what they lose in repair abilities they gain in nucleotides saved.

Generally, DNA is double-stranded, and both strands are replicated almost simultaneously by movement of a replication fork down the DNA. In this case, the opposite polarities of the strands require that as a replication fork moves down the DNA, overall, one daughter strand grows in a 3’-to-5’ direction and the other daughter strand grows in a 5’-to-3’ direction. We shall see that the requirements of high speed and high accuracy in the replication process complicates matters.

Figure 3.1 DNA could theoretically be elongated in both the 5’-to-3’and the3’-to-5’ directions with the use of only nucleoside 5’ triphosphates. 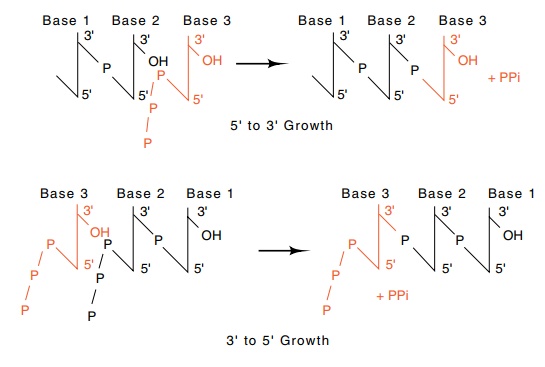 Figure 3.2 Exonucleolytic removal of the final nucleotide from a chain elon-gating in the 5’-to-3’ direction, a 3’-5’ exonucleolytic activity, regenerates the 3’-OH.

Although cells have been found to possess 5’-nucleoside triphos-phates and not 3’-nucleoside triphosphates, the two daughter DNA strands could be elongated nucleotide by nucleotide in both the 5’-to-3’, and the 3’-to-5’ directions using just 5’-nucleoside molecules (Fig. 3.1). This latter possibility is largely excluded, however, by the need for proofreading to check the accuracy of the latest incorporated nucleo-tide.

If the nucleotide most recently incorporated into the elongating strand does not correctly pair with the base on the complementary strand, the misincorporated nucleotide ought to be excised. Ultimately such editing to remove a misincorporated base must generate a DNA end precisely like the end that existed before addition of the incorrectly paired nucleotide. Removal of the final nucleotide from the strand growing in the 5’-to-3’ direction immediately regenerates the 3’-OH that is normally found at the end (Fig. 3.2). A strand growing in the 3’-to-5’ direction utilizing 5’ triphosphates will possess a triphosphate on its 5’ end. Simple excision of the final nucleotide from such a strand does not regenerate the 5’ triphosphate end. Creation of the end normally seen by the polymerase elongating such a strand would then require another enzymatic activity. This, in turn, would require dissociation of the polymerase from the DNA and the entry of the other enzyme, a process that would drastically slow the process of DNA elongation.

It is worthwhile examining why DNA polymerase must remain bound to the complex of template strand and elongating strand through thou-sands of elongation cycles. Such a processive behavior is essential since elongation rates per growing chain must be hundreds of nucleotides per second. If the polymerase dissociated with the addition of each nucleo-tide, it would have to bind again for the next nucleotide, but even with moderately high concentrations of polymerase, the binding rate of a protein to a site on DNA in cells is about one per second to one per 0.1 second, which is far below the necessary elongation rate. Consequently, accurate DNA synthesis prohibits elongation in the 3’-to-5’ direction. 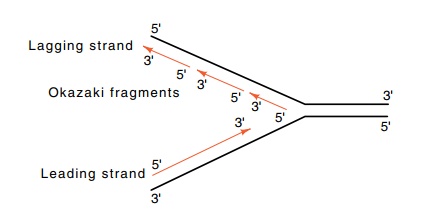 Figure 3.3 Nomenclature of the leading and lagging strands.

The above-mentioned considerations suggest that DNA polymerases should have the following properties. They should use 5’-nucleoside triphosphates to elongate DNA strands in a 5’-to-3’ direction, and they should possess a 3’-to-5’ exonuclease activity to permit proofreading. Additionally, cells should possess an enzyme to join the fragments of DNA that are synthesized on the lagging strand. This enzyme is called DNA ligase.