Plasmids are extrachromosomal, self-replicating, usually circular, double-stranded DNA molecules found naturally in many bacteria and also in some yeasts.

Plasmids are extrachromosomal, self-replicating, usually circular, double-stranded DNA molecules found naturally in many bacteria and also in some yeasts. Although plasmids are not essential for normal cell growth and division, they often confer useful properties to the host such as resistance to antibiotics that can be a selective advantage under certain conditions. The plasmid molecules can be present as 1 or 2 copies or in multiple copies (500-700) inside the host organism. These naturally occurring plasmids have been modified to serve as vectors in the laboratory and are by far the most widely used, versatile and easily manipulated vectors.

One of the earliest plasmid vectors to be constructed was pBR322 (Fig. 4a). This plasmid contains two different antibiotic resistance genes and recognition sites for several restriction enzymes. A popular series of plasmid cloning vectors is the pUC family (Fig. 4b). These vectors contain a region of the lacZ gene that codes for the enzyme β-galactosidase. This region also contains a polylinker and thus insertion of a foreign DNA into any of the restriction sites will result in an altered non-functional enzyme. During screening of recombinant plasmid containing host cells the absence of β-galactosidase activity is indicative of plasmids containing the insert.

The plasmid vectors described above can replicate only in E. coli. Many of the vectors used in eucaryotic cells are constructed such that they can exist both in the eukaryotic cell and E. coli. Such vectors are known as shuttle vectors. These vectors contain two types of origin of replication and selectable marker genes, one set which functions in the eukaryotic cells (e.g. yeast) and another in E. coli. An example of a shuttle vector is the yeast plasmid Yep (Fig. 4c). In the case of plants, a naturally occurring plasmid of the bacteriumAgrobacterium tumefaciens called Ti plasmid has been suitably modified to function as a vector. 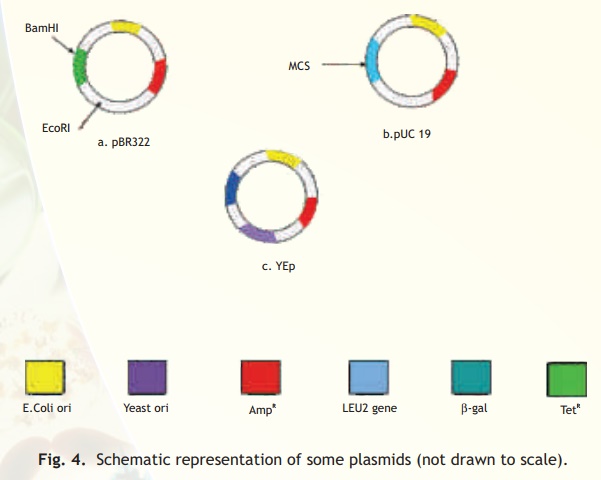 Fig. 4.  Schematic representation of some plasmids (not drawn to scale).

The LEU2 gene (see Yep) codes for an enzyme which is needed for the synthesis of the amino acid leucine. Yeast cells having this plasmid can grow on a medium lacking leucine and hence can be selected over cells not containing the plasmid.

The discussion so far has focussed on cloning a DNA fragment to sufficiently amplify it. However the goal of the cloning experiment may be to produce a foreign protein in the host. In such cases the fragment containing the gene expressing the foreign protein is incorporated into the vector along with signals necessary for transcription and translation in the given host. Vectors which are suitable for expressing foreign protein are called expression vectors and one such vector is the pUC 19.