Planck suggested that the correct results could be obtained if the energy of oscillating electrons is taken as discrete rather than continuous.

Planck suggested that the correct results could be obtained if the energy of oscillating electrons is taken as discrete rather than continuous. He suggested quantum theory of radiation. Planck suggested in deriving the formula, which agrees extremely well with experimental results. He derived the radiation law by using the following assumptions.

If an oscillator is vibrating with a frequency γ , it can radiate in quantas of magnitude hγ . The oscillator can have only discrete energy En given by

The emission of radiation corresponds to a decrease and absorption to an increase in the energy and amplitude of an oscillator.

C= speed of the light

T = temperature of the enclosure

2 DERIVATION OF PLANCK’S LAW OF RADIATION

Assume that a black body consists of energy by a large number of atomic oscillators.

Where E is the total energy and N is the number of oscillators. 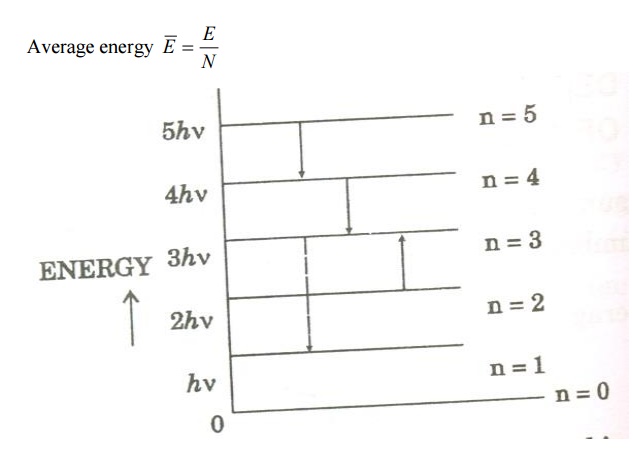 From Maxwell’s distribution law, the number of oscillators having energy ɛ n in excess of ground state energy (ɛ 0 ) is given by

We know from Planck’s quantum theory, ɛ can be a quanta of integral values of hγ and so the possible values of ɛ are 0, 2hγ, and 3hγ etc. 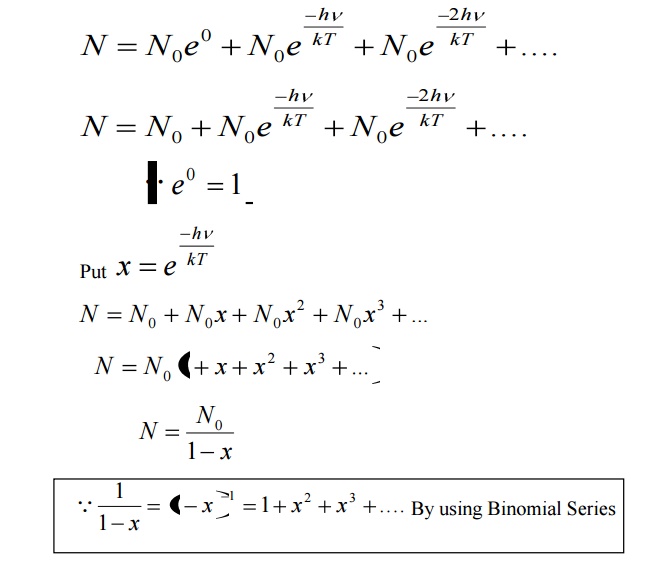 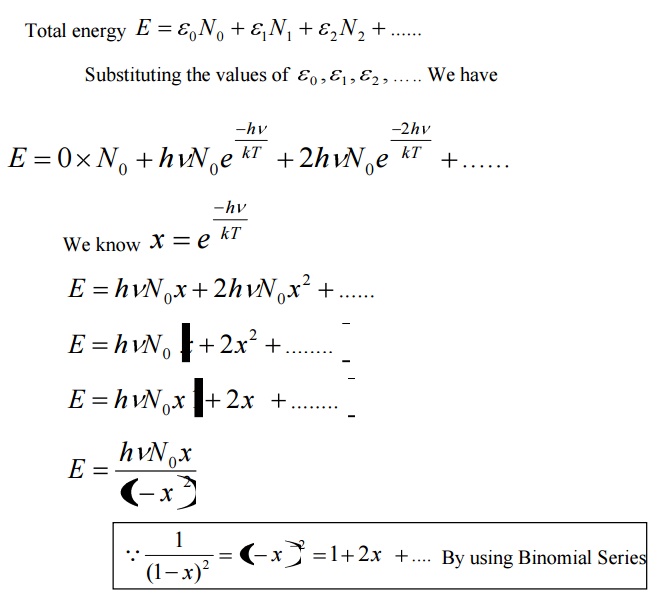 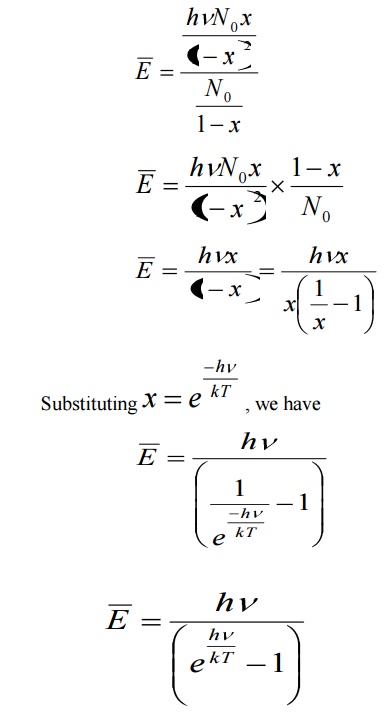 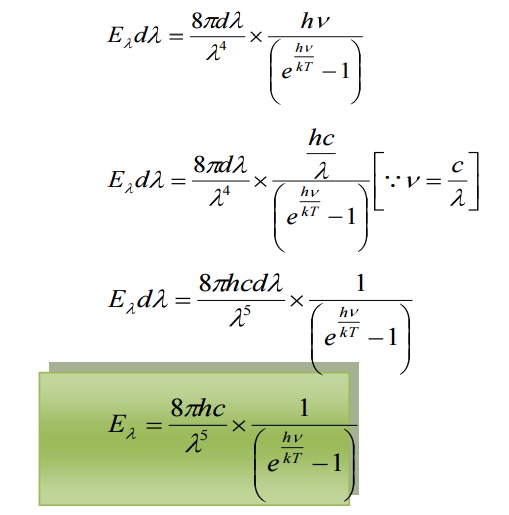 This equation represents Planck’s radiation law in terms of wavelength.

This law explained significantly the entire blackbody spectrum. It can also be expressed in terms of frequencies by substituting

in the Planck law. Then

When λ is small, γ is very large, hence

is large when compared to 1. Hence, ‘1’ is neglected in the denominator

Hence the equation reduces to

This is Wien’s displacement law. 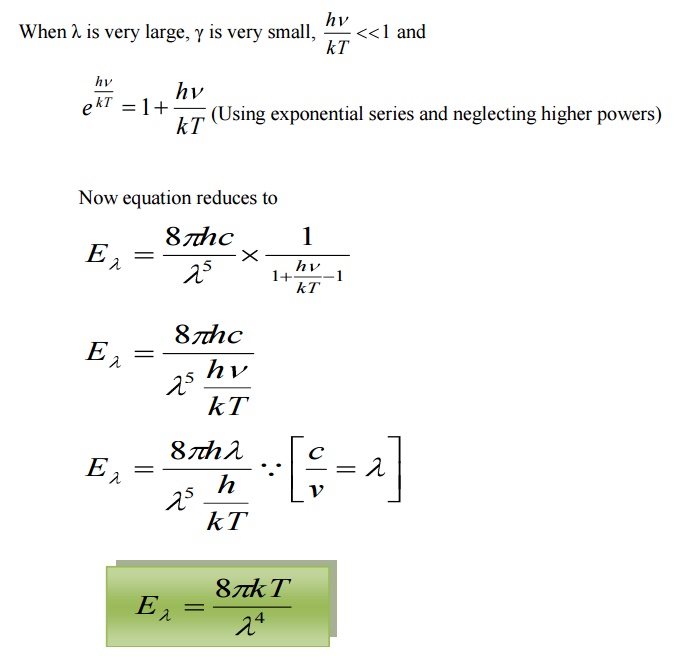 This is Rayleigh – Jeans law.

Planck’s formula is found to agree remarkably well with experimental observations of Lummer, Pringsheim, Kurlbaum etc. and is thus an established formula for all validity of quantum hypothesis.