It consists of an X-ray tube fro producing X-rays. A small block of Carbon C (scattering element) is mounted on a circular table as shown in the figure. 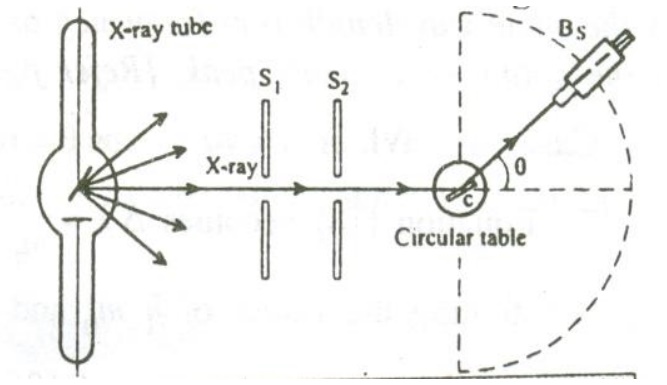 X-rays of monochromatic wavelength ’λ’ is produced from an X-ray tube and is made to pass through the slits S1 and S2. These X- rays are made to fall on the scattering element. The scattered X-rays are received with the help of the Bragg’s spectrometer and the scattered wavelength is measured.

The experiment is repeated for various scattering angles and the scattered wavelengths are measured. The experimental results are plotted as shown in the figure.

The shift in wavelength or difference in wavelength ∆λ of the two scattered beams is found to increase with respect to the increase in the scattering angle.