Optimal results in cardiac surgery require an expe-ditious and complete surgical repair with minimal physical trauma to the heart. Meanwhile, several techniques are used to prevent myocardial damage and maintain normal cellular integrity and function during CPB. Nearly all patients sustain at least mini-mal myocardial injury during cardiac surgery. With good preservation techniques, however, most of the injury is reversible. Although myocardial injury can be related to the hemodynamic instability or sur-gical technique, it most commonly appears to be related to incomplete myocardial preservation dur-ing CPB. Injury related to hemodynamic instability results from an imbalance between oxygen demand and supply, producing cell ischemia. After ischemia, reperfusion injury may also play a role. Reperfusion following a period of ischemia may produce excess oxygen-derived free radicals, intracellular calcium overload, abnormal endothelial–leukocyte interac-tions, and myocardial cellular edema. Patients at greatest risk are those with poor ventricular func-tion (as measured preoperatively) (see Table 21–13) those with ventricular hypertrophy, and those with diffuse severe coronary artery disease. Inadequate myocardial preservation is usually manifested at the end of bypass as a persistently reduced cardiac output, worsened ventricular function by TEE, or cardiac arrhythmias. Electrocardiographic signs of myocardial ischemia are often difficult to detect due to frequent use of electrical pacing. Myocardial “stunning,” resulting from ischemia and reperfu-sion, produces systolic and diastolic dysfunction that is reversible with time. The stunned myocar-dium usually responds to positive inotropic drugs. Myocardial necrosis, on the other hand, produces irreversible injury. 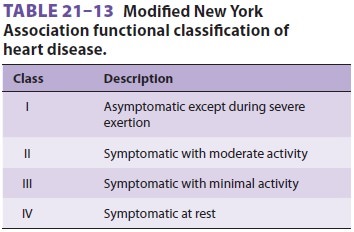 Aortic cross-clamping during CPB completely excludes the coronary arteries from the general-ized bypass machine flow to the body, reducing coronary blood flow to 0. Although it is difficult to estimate a safe period for cross-clamping because of differing vulnerabilities among patients and dif-fering techniques for myocardial preservation, CPB times longer than 120 min (while often unavoid-able) increase risk relative to shorter bypass times. Myocardial ischemia during bypass may occur not only during aortic clamping, but also after release of the cross-clamp. Low arterial pressures, coro-nary embolism (from thrombi, platelets, air, fat, or atheromatous debris), reperfusion injury, coronary artery or bypass graft vasospasm, and contortion of the heart—causing compression or distortion of the coronary vessels—are all possible causes. Areas of the myocardium distal to a high-grade coronary obstruction are at greatest risk.

Cardioplegic solutions maintain normal cellu-lar integrity and function during CPB by reducing energy expenditure and preserving the availability of high-energy phosphate compounds. Although measures directed at increasing or replenishing energy substrates in the form of glucose or gluta-mate/aspartate infusions are used, the emphasis of myocardial preservation has been on reducing cel-lular energy requirements to minimal levels. This is accomplished initially by the use of potassium cardioplegia (below). The initial dose of cardiople-gic solution may be hypothermic or may start warm (“hot shot”) and progress to cold. Maintenance of myocardial protection may be facilitated by sys-temic and topical cardiac hypothermia (ice slush). Myocardial hypothermia reduces basal metabolic oxygen consumption, and potassium cardioplegia minimizes energy expenditure by arresting both electrical and mechanical activity. Myocardial temperature is often monitored directly; 10–15°C is usually considered desirable. Cardioplegic solu-tions can be administered either antegrade through a catheter placed in the proximal aorta between the aortic clamp and the aortic valve, or retrograde through a catheter placed through the right atrium into the coronary sinus.

Ventricular fibrillation and distention (previ-ously discussed) are important causes of myocardial damage. Ventricular fibrillation can dangerously increase myocardial oxygen demand, whereas dis-tention not only increases oxygen demand but also reduces oxygen supply by interfering with suben-docardial blood flow. The combination of the two is particularly bad. Other factors that might contribute to perioperative myocardial damage include the use of excessive doses of positive inotropes or calcium salts. In open heart procedures, de-airing of cardiac chambers and venting before and during initial car-diac ejection are critically important in preventing cerebral or coronary air embolism (and strokes). Removing air from coronary grafts during bypass procedures is similarly important.

Depending on the amount and the location of coro-nary emboli, even small air bubbles can cause vary-ing degrees of ventricular dysfunction at the end of CPB. To some extent, air emboli may preferentially find their way into the right (versus left) coronary ostium because of its superior location on the aortic root in the supine patient.

The most widely used method of arresting myo-cardial electrical activity is the administration of potassium-rich crystalloid or blood–crystalloid solu-tions. Following initiation of CPB and aortic cross-clamping, the coronary circulation is perfused inter-mittently with (usually cold) cardioplegic solutions. The resulting increase in extracellular potassium concentration reduces the transmembrane potential. Eventually, the heart is arrested in diastole. Usually, cold cardioplegia must be repeated at intervals (about every 30 min) because of gradual washout and rewarming of the myocardium. The heart is sub-ject to warming by contact with blood in the adja-cent descending aorta and by contact with warmer ambient air in the surgical theater. Moreover, mul-tiple doses of cardioplegia solutions may improve myocardial preservation by preventing an excessive accumulation of metabolites that inhibit anaerobic metabolism.

Although the exact recipe varies from center to center, the essential ingredient of the induction dose of cardioplegic solution is the same: an elevated potassium (10–40 mEq/L) concentration. Potassium concentration is kept below 40 mEq/L, because higher levels can be associated with an excessive potassium load and excessive potassium concentra-tions at the end of termination of bypass perfusion. Sodium concentration in cardioplegic solutions is usually less than in plasma (<140 mEq/L) because ischemia tends to increase intracellular sodium con-tent. A small amount of calcium (0.7–1.2 mmol/L) is needed to maintain cellular integrity, whereas magnesium (1.5–15 mmol/L) is usually added to control excessive intracellular influxes of calcium. A buffer—most commonly bicarbonate—is necessary to prevent excessive buildup of acid metabolites; in fact, alkalotic perfusates are reported to produce better myocardial preservation. Alternative buffers include histidine and tromethamine (also known as THAM). Other components may include hypertonic agents to control cellular edema (mannitol) and agents thought to have membrane-stabilizing effects (lidocaine or glucocorticoids). Energy substrates are provided as glucose, glutamate, or aspartate. The question of whether to use crystalloid or blood as a vehicle for achieving cardioplegia remains con-troversial, although blood cardioplegia has become very common in North America. Evidence suggests that at least some groups of high-risk patients may do better with blood cardioplegia. Certainly, oxy-genated blood cardioplegia may contain more oxy-gen than crystalloid cardioplegia.

Because cardioplegia may not reach areas distal to high-grade coronary obstructions (the areas that need it most), many surgeons administer retrograde cardioplegia through a coronary sinus catheter. Some centers have reported that the combination of antegrade plus retrograde cardioplegia is superior to either technique alone. Others have suggested that continuous warm blood cardioplegia is supe-rior to intermittent hypothermic cardioplegia for myocardial preservation, but many surgeons avoid continuous cardioplegia so that they can operate in a “bloodless” surgical field. Moreover, warm cardiac surgery raises additional concerns about loss of the potentially protective effects of systemic hypother-mia against cerebral injury, when true normother-mia (rather than tepid bypass) is maintained.

As discussed previously, with prolonged myocar-dial ischemic times (cross-clamp time), reperfusion of the myocardium can lead to extensive cell injury, rapid accumulation of intracellular calcium, and potentially irreversible cellular necrosis. This process has long been attributed to depletion of endogenous free radical scavengers during CPB and accumulation of deleterious oxygen-derived free radicals. Free radi-cal scavengers, such as mannitol, may help decrease reperfusion injury and are typical constituents of cardioplegic solutions and bypass “priming” solu-tions. Several steps may help limit reperfusion injury before unclamping of the aorta. Just prior to reperfu-sion, the heart may be perfused by a reduced potas-sium cardioplegic solution that serves to wash out accumulated metabolic byproducts. Alternatively, a “hot shot” or warm blood cardioplegic solution may be administered to wash out byproducts and replen-ish metabolic substrates. Hypercalcemia should be avoided in the immediate reperfusion period. Reperfusion pressures should be controlled closely because of altered coronary autoregulation. Systemic perfusion pressure is reduced just prior to clamp release; it is then brought up initially to about 40 mm Hg before gradually being increased and maintained at about 70 mm Hg. To further minimize metabolic requirement, the heart should have the opportunity to recover and resume contracting in an empty state for some additional time (5–10 min), and acidosis and hypoxia should be corrected before attempting to wean the patient from bypass perfusion.

Inadequate myocardial protection or inade-quate washout and recovery from cardioplegia can result in asystole, atrioventricular conduction block, or a poorly contracting heart at the end of bypass. Excessive volumes of hyperkalemic cardioplegic solutions may produce persisting systemic hyper-kalemia. Although calcium salt administration par-tially offsets hyperkalemia, excessive calcium can promote and enhance myocardial damage. In the usual patient myocardial performance improves with time as the contents of the cardioplegia are cleared from the heart.