Morphology and Physiology of Bacteria

All living beings can be classified into three kingdoms: Plant,Animal, and Protista. Microorganisms are a heterogeneousgroup of several distinct living structures of microscopic size, classified under the kingdom Protista.

Morphology and Physiology of Bacteria

Prokaryotes: Bacteria and blue green algae are prokary-otes. Bacteria are unicellular free living organisms having both DNA and RNA. They are capable of performing all essential processes of life, e.g., growth, reproduction, and metabolism. They do not show any true branching except Actinomycetales, the higher bacteria. Bacteria lack chloro-phyll unlike blue green algae, which contain chlorophyll.

Archaebacteria: These are more closely related to eukary-otes than prokaryotes. They however do not include any human pathogens.

Differences between prokaryotes and eukaryotes have been summarized in Table 2-1. 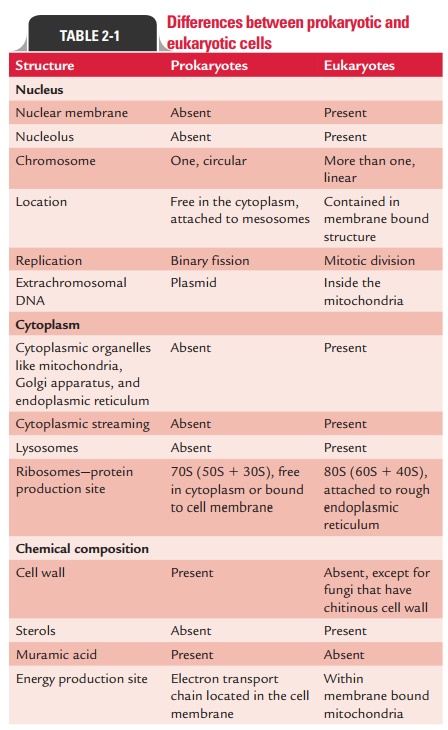