Absence of menstruation is called amenorrhoea.

Polymenorrhoea is a term used to describe a menstrual cycle that is shorter than 21 days. It may be due to hyperactivity of the anterior pituitary gland causing frequent ovulation, psychological disturbances and malnutrition. Chronic pelvic inflammation by certain sexually transmitted diseases (STD) such as chlamydiasis or gonorrhoea can cause inflammation in the uterus causing polymenorrhoea.

Heavy and prolonged menstrual period that disrupts a woman’s normal activities is referred to as menorrhagia. Menorrhagia may be due to hormonal imbalance, ovarian dysfunction, uterine fibroids and may also be due to cancer of the ovary, uterus or cervix.

Oligomenorrhoea is a condition with infrequent menstrual periods. It occurs in women of childbearing age. Some variation in menstruation is normal, but a woman who regularly goes more than 35 days without menstruating may be diagnosed with oligomenorrhoea.

Menstrual hygiene is vital for good health, well-being, dignity, empowerment and productivity of women. The impact of poor menstrual hygiene on girls is increased stress levels, fear and embarrassment during menstruation. This can keep girls inactive during such periods leading to absenteeism from school.

Clean and safe absorbable clothing materials, sanitary napkins, pads, tampons and menstrual cups have been identified as materials used to manage menstruation. Changing sanitary material 4-5 hours as per the requirement, provides comfort, cleanliness and protection from infections. It also helps in enhancing the quality of life of women during this period. Used sanitary napkins should be wrapped in paper and disposed. It should not be thrown in open areas or drain pipe of toilets. Flushing of sanitary napkins in the drain pipes causes choking of the drainage line leading to water pollution.

Menopause is the phase in a women’s life when ovulation and menstruation stops. The average age of menopause is 45-50 years. It indicates the permanent cessation of the primary functions of the ovaries.

The ecofriendly way to dispose menstrual waste scientifically and hygienically is to destroy the sanitary napkins using incinerators. Measures are being taken to install incinerators and napkin vending machines in washrooms of schools , colleges and public facilities. 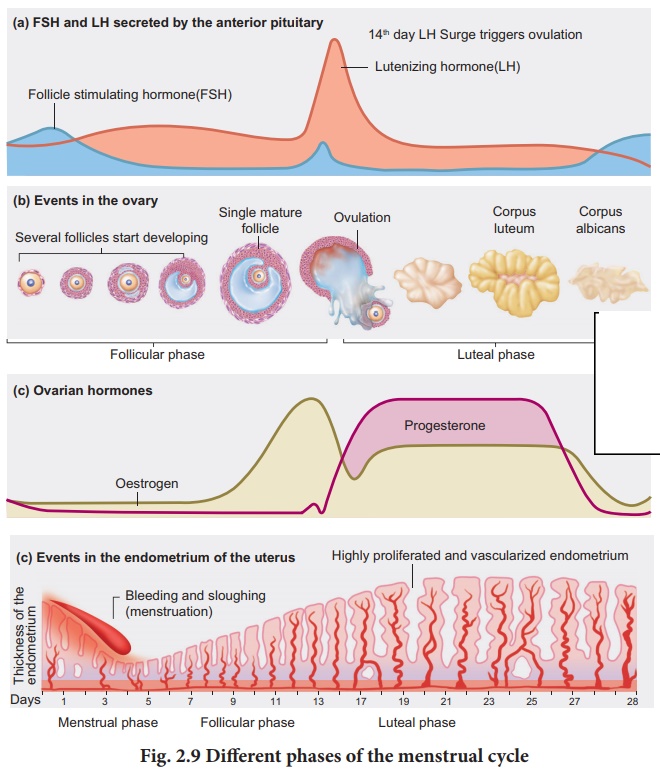