Location and Size of Tamil Nadu

• in western - hills of Anaimalai

Tamil Nadu is bounded by the Bay of Bengal in the east, Kerala in the west, Andhra Pradesh in the north, Karnataka in the northwest and Indian Ocean in the south. Gulf of Mannar and Palk Strait separate Tamil Nadu from the Island of Sri Lanka, which lies to the southeast of India. The state has 940 km long coastline, the second-longest in India after Gujarat.

Already we have learnt that the state of Tamil Nadu had only 13 districts at the time of its formation. After that, the state was reorganised several times for the administrative convenience. At present there are 37 districts in Tamil Nadu, including the newly created districts such as Kallakurichi, Tenkasi, Chengalpet, Ranipet and Tirupathur. The administrative divisions of the state are given in the following table. 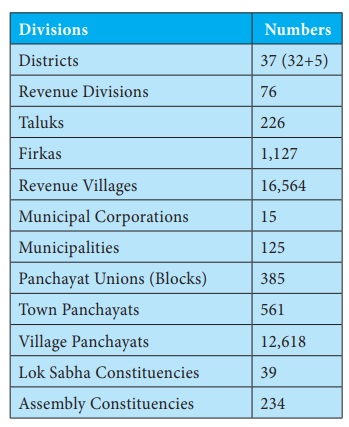 Let’s see the major physical features of Tamil Nadu and their characteristics.

Tamil Nadu is located on the Peninsular Plateau, known as Deccan Plateau. It is also a part of the ancient Gondwana land that broke away 135 million years ago during Cretaceous Period. Tamil Nadu is divided into the physical divisions of Western Ghats, Eastern Ghats, Plateaus, Coastal and Inland plains.

• Find out the coastal districts of Tamil Nadu with the help of a map.

• Mark the districts of Tamil Nadu which share their boundary with the states of Andhra Pradesh, Karnataka and Kerala separately. 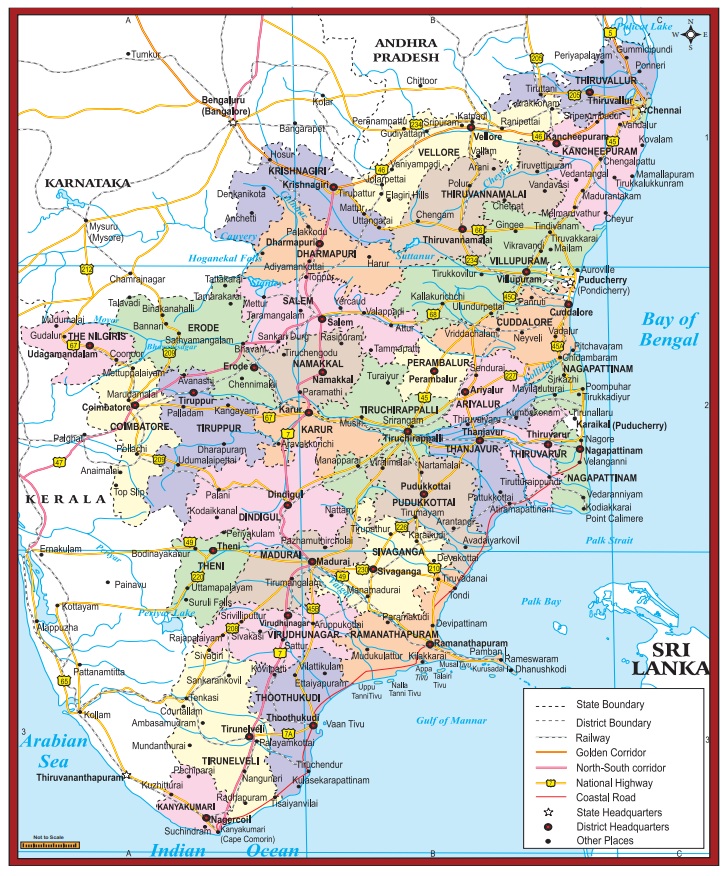