In the 1970s, diets very high in carbohydrates became popular, with both athletes and the population at large.

In the 1970s, diets very high in carbohydrates became popular, with both athletes and the population at large. It was felt that a diet consisting of 60%–70% carbohydrates and 15%–20% each of fat and protein would be the healthiest (because of the high carbohydrate-to-fat ratio) and the best for athletes (because of the high levels of carbohydrates for replenishing glycogen). In the 1990s, newer diets that were based on a lower carbohydrate level became fashionable. Instead of a 70/15/15 ratio of carbohydrate/protein/fat, these diets recommended a 60/20/20 ratio or even a 50/25/25 ratio. The most notable of these diets was the one called the Zone Diet, promoted by Dr. Barry Sears. The idea behind such diets is that a calorie is not always a calorie. In other words, the source of the calorie does matter. People had maintained high-carbohydrate diets in the belief that carbohydrates were healthier than fats, because of the myriad health problems that were attributed to too much dietary fat. Even though this seemed logical and few would argue in favor of the benefits of excessive fat, there is a possible downside to too many carbohydrates. For one thing, excess carbohydrates become fat. This may be a big consideration to nonathletes, who do not need to replenish muscle and liver glycogen as quickly and as often as an endurance athlete would. Also, a high-carbohydrate meal stimulate the production of insulin. Insulin inhibits the body’s ability to use fat for energy and stimulate the uptake of fat and its storage as triacylglycerol. A high-carbohydrate meal also has the potential of causing reactive hypoglycemia, which occurs when high blood glucose stimulates a large insulin release, which then proceeds to clear too much glucose from the blood, causing a blood sugar crash shortly thereafter. Many people find themselves weak, shaky, or sleepy by 10 AM. after a high-carbohydrate breakfast. As we saw, replacing fat with carbohydrates does nothing to increase the HDL/LDL ratio, either. The Zone Diet was designed to avoid reactive hypoglycemia and the effects insulin has on fat storage. Because of the differences between fats and carbohydrates, many people may also tend to eat many more calories in the form of carbohydrates than they would in the form of fats, because carbohydrates do not give the same “filling” sensation as fats. Diet is a very personal thing. Many people have found that they feel better and actually lose weight while on a lower-carbohydrate diet. Others find just the opposite. There has been little evidence to suggest that a lower-carbohydrate diet is effective for athletes, however. 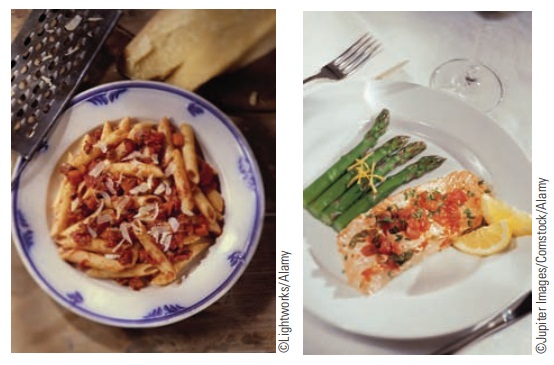