The characteristics of an image are determined by the location of the object. As the object gets closer to a concave mirror, the image gets larger, until attaining approximately the size of the object, when it reaches the centre of curvature of the mirror. As the object moves away, the image diminishes in size and gets gradually closer to the focus, until it is reduced to a point at the focus when the object is at an infinite distance from the mirror. The size and nature of the image formed by a convex mirror are given in Table 3. 1.

Concave mirrors form a real image and it can be caught on a screen. Unlike convex mirrors, concave mirrors show different image types. Depending on the position of the object in front of the mirror, the position, size and nature of the image will vary. Table 3. 2 provides a summary of images formed by a concave mirror.

You can observe from the table that aconcave mirror always forms a real and invertedimage except when the object is placed between the focus and the pole of the mirror. In thisposition, it forms a virtual and erect image. 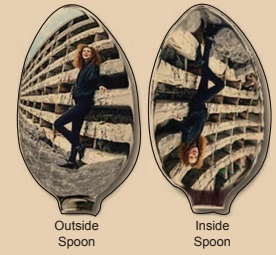 (iii) You will observe that the image is (inside bowl) always real, inverted and formed on the same side of the object.

(iv) In outside bowl the image is diminished erect and virtual. 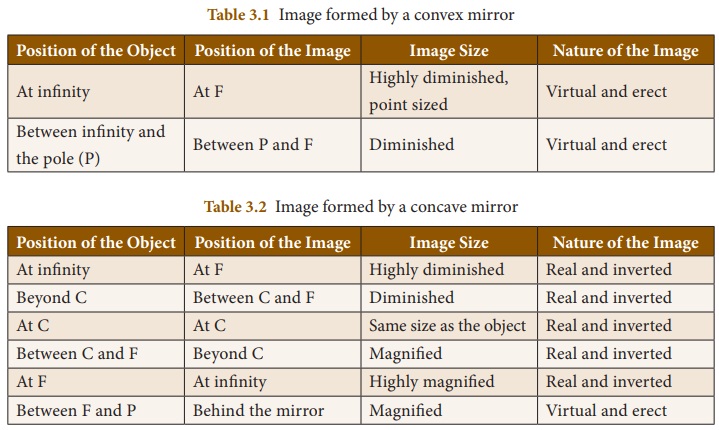